Bagnaia back on course with Mugello MotoGP victory 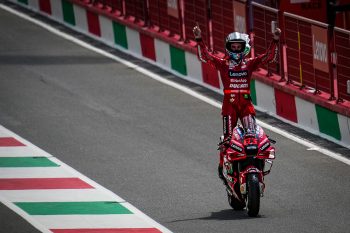 Ducati Lenovo Team’s Francesco Bagnaia did exactly what he needed to do at Mugello to get his 2022 MotoGP World Championship back on track, taking the victory as Pedro Acosta scored a maiden Moto2 win and Sergio Garcia extended in Moto3.

Bagnaia delivered a clinical performance to slice his way through the field, withstanding points leader Fabio Quartararo who extended his advantage at the top by finishing P2 ahead of Aprilia Racing’s Aleix Espargaro in third.

Quartararo now leads the standings by eight points from Espargaro who in turn holds a 20 point advantage over Bastianini. Bagnaia’s victory sees him rise to fourth, 41 back from the Frenchman. 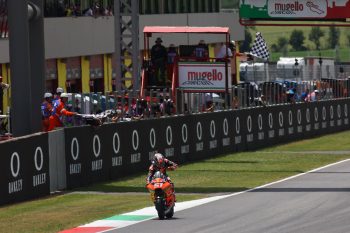 Acosta (Red Bull KTM Ajo) delivered a masterpiece in Moto2 to take the win while some key championship protagonists crashed out of the race.

Ai Ogura (Idemitsu Honda Team Asia) completed the top three, ahead of Tony Arbolino who received a long lap penalty for an incident with Elf Marc VDS Racing teammate Sam Lowes, as Red Bull KTM Ajo’s Augusto Fernandez completed the top five. Vietti and Ogura are now level on points at the top of the standings, with Aron Canet 18 points back in third. 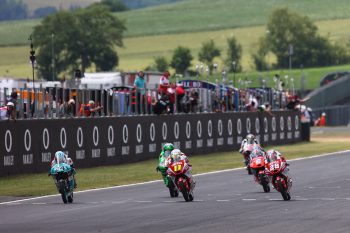 In typical Moto3 fashion, the Italian GP went right down to the wire with Valresa GasGas Aspar’s Sergio Garcia ultimately taking the victory.

Teammate Izan Guevara crossed the line first, however, he was demoted to P2 moments after the race as he exceeded track limits exciting the final chicane on the last lap. Tatsuki Suzuki (Leopard Racing) made a welcome return to the podium, just 0.012s from the victory.

The GasGas duo sit 1-2 in the points, with Garcia on top with 137 and Guevara second courtesy of 109. A challenging day for Red Bull KTM Ajo’s Jaume Masia saw him unable to recover points from an early mistake, crossing the line 17th. The Spaniard is third in the Moto3 title hunt on 95.

Australian Joel Kelso (CIP Green Power) worked his way forwards from P20 on the grid, running as high as P8 throughout the race before ultimately scoring a 12th place result and more points in his rookie Moto3 World Championship season.

The Red Bull Rookies Cup also competed in Mugello, with Maximo Quiles and Collin Veijer splitting victories. Australian Harrison Voight missed the event altogether due to an injury sustained at the opening round of the Junior Moto3 World Championship at Estoril, as Jacob Roulstone notched a 16-20 scorecard. 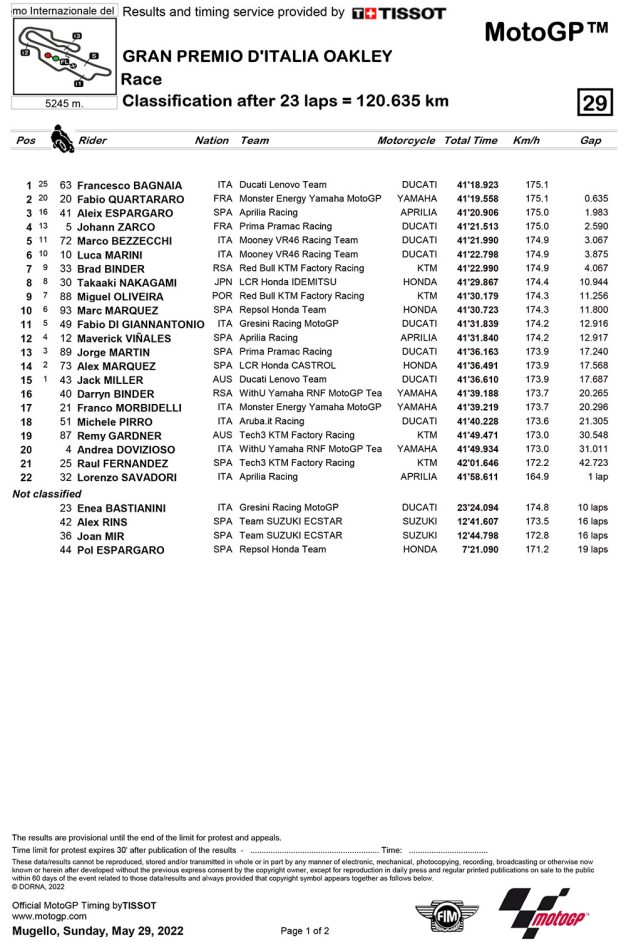 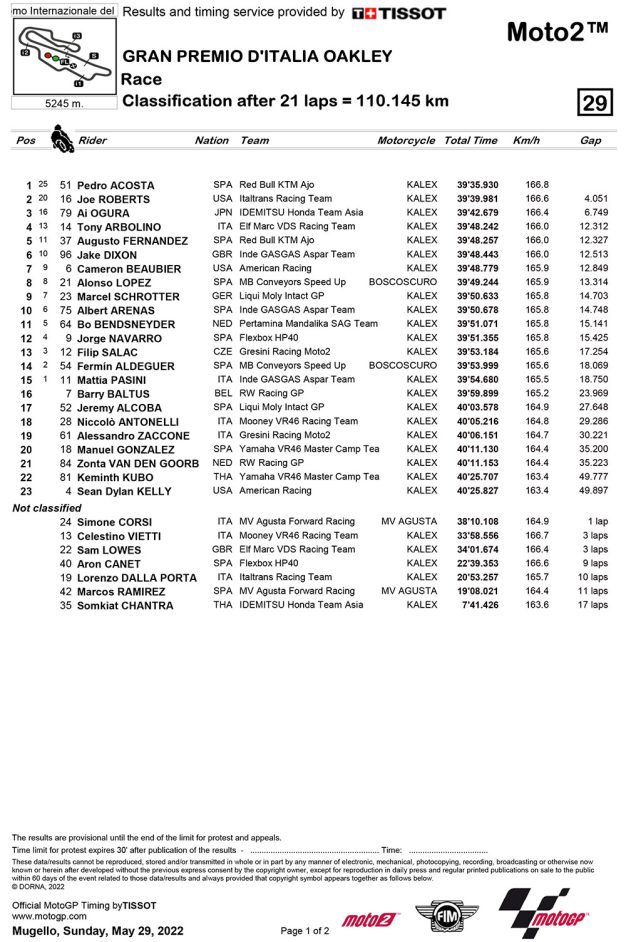 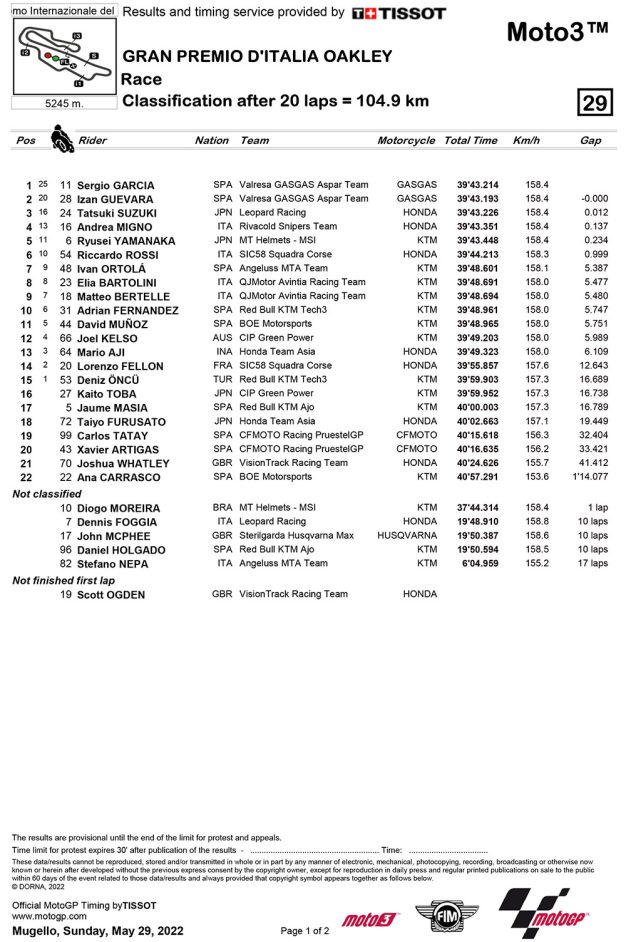