Jason O’Halloran continues to cement his name as one that is synonymous with race victories in the British Superbike Championship (BSB), winning on more occasions than anyone else in the premier class last year. Three rounds into the 2022 season, the Australian has found his stride and looks to be the man to beat following a dominant weekend at Donington. CycleOnline spoke with the McAMS Yamaha rider to ask Five Questions as he chases an elusive British Superbike title, and shares a wide, yet detailed outlook on his ventures overseas thus far. 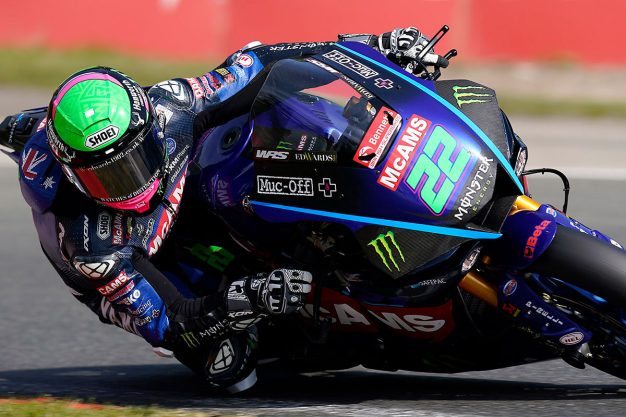 How would you rate performance in the opening three rounds of 2022 BSB?

To be honest it’s about where I expected to be. The first two rounds, results-wise, was not what we wanted finishing fifth-sixth, we wanted to win, but we knew at the start of the year with the limited testing we had due to the weather and a few other bits and pieces that we were going to have to use the first couple of rounds at least to get through the program we wanted to get through. Although we had a great package last year, we had a lot of new components this year, and I started to work with a new crew chief, Les Pearson, who has moved back from the world championship to be back in BSB, so there was a lot of stuff to get through in a really short amount of time.

The first two rounds were basically just testing, and we are quite fortunate with how the Showdown works in the championship, there’s a bit of free time really. You don’t want to give positions away if you don’t have to, but you need to use the time that is available to get it right at the correct time of the year. We used the first two rounds to work through what we needed to, try a load of different settings with the parts, and pretty much by the last race in Oulton Park at round two I had a good feeling. I got a bad start and it was a bit of a strange race in the beginning so I got a similar place to what I had all weekend, but the feeling on the bike was positive and the lap time was really strong.

I knew going to Donington if we could have a pretty clean Friday we could be pretty strong. Didn’t know really how strong… over the weekend we got a double win, almost a triple, and the fastest ever lap at Donington as well which was nice in qualifying with a pole position. It was a really strong weekend for us, and probably the best I’ve ever felt on the Yamaha. It’s looking strong for us after that.

What changes you will make to suit the demands of the upcoming tracks now that you have a good base setting?

Pretty much that is what we have been looking for, that base setting. The setting that I had last year was a good overall setting, as in we could take it pretty much anywhere and be close enough with it. It was never exceptional and never bad, it was sort of quite good. This year we wanted to… especially with Les’s experience on Yamaha, he was worked with some really good guys, [Michael] van der Mark and [Garrett] Gerloff last year, he’s got a lot of experience on the Yamaha so I wanted to use that as much as I could in the early days of working together.

That’s why in the first two rounds I pretty much road a different bike every time. Whether it was the head angle, or the front wheel position, pivot up, down, everything you can imagine we threw at it and we got to a point at the last race in Oulton where again it was a completely different bike, and I went ‘yeah that works, I like that’ and we took that bike to Donington and sort of evolved it over the weekend rather than make huge changes.

That is our base now and we start to tune for each track we go to. It’s normal to go to a track, the tracks are so different here, when you get your base setting it’s still normal for your spring rate to go up and down to get it in your window. The overall base setting of the bike with the head angles and pivots usually stays the same when you get that feeling that you like. I think we are pretty much there now, at Donington the bike was exceptional and we will see what it’s like tomorrow at Knockhill. Obviously, we will still test and try some stuff when we get the chance in the next few rounds, but I think from my experience over the last couple of years, from the way it felt at Donington it will be quite good at most tracks we go to. 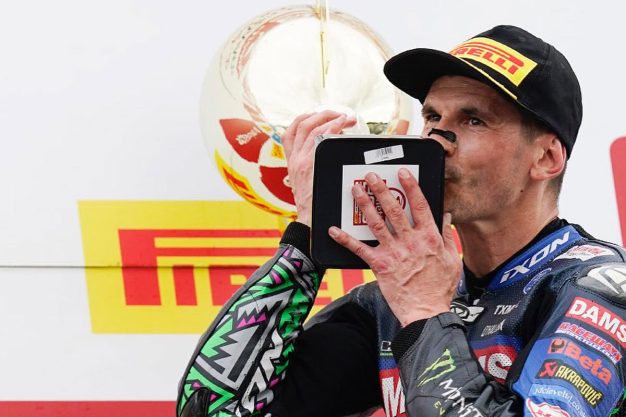 Will you look to move to a different championship if you can wrap up this year’s BSB title?

It’s really hard because I love racing in BSB, I’ve been here for a long time now and made a bit of a home here. The championship, I don’t know how they do it but it seems to get bigger each year and it is a good championship to be a part of. I certainly don’t close the door on any other championship, if the correct job in the world championship was there, of course, I would have a crack at it. If the correct thing was there in MotoAmerica, I would probably have a go at it. Who knows, one day I might even come back and do some racing in Australia.

For the time being my focus is the British Championship, and the number one target is trying to win the title. Last year I won the most races, most podiums, most points, but didn’t win the championship with the way that it works. This year the focus is on making sure we get it right at the right time. If I can win a British Superbike Championship that will be a massive box ticked, and who knows I might try and do it multiple times, that would be amazing. I’ve been lucky enough to make a really good career out of over here, and I enjoy being here. It’s not been easy that’s for sure, the first few years after getting here were really tough, but now with my experience in the championship I really enjoy it and will try to make the most of what we can.

What were some of the key differences in BSB compared to racing in Australia that you had to overcome when you first made the move?

The biggest differences are probably the tracks. The circuits are quite unique and the guys that you are racing against over here have grown up on the tracks and they live at home and are in their comfort zone. We have to come over, learn new tracks, we have to move away from home, family and friends, all the rest of it. You are basically starting again really, and you are trying to… to be successful you have to perform at your best, and you’ve got to do that when you are outside of your comfort zone which is really difficult to do to start with. The first impressions are the ones that last, and if you don’t get on with it quickly enough you don’t get into the correct teams on the correct bikes and it makes it even harder. It’s a tricky thing, but it’s a rewarding process. The guys that are winning races in Australia are certainly capable of winning races over here. It’s just a different way of working I guess. You’ve just got to try and adapt as fast as you can.

From a Superbike side of things, obviously our superbikes are a little bit unique, as in we are on the control electronics, the motec system. But the chassis is completely open so it is the same as WorldSBK, so from a technical point of view there is quite a lot of stuff to get through, you can get lost very easy. There are a million and one options that you have got, and you have to try and figure that out pretty quick. On a whole it’s a fantastic championship to be a part of, and I hope to see more Aussies coming over soon. It’s good to see Brayden Elliot doing well in Superstock 1000, Billy [McConnell] is doing well in Superstock, and hopefully, a few more of the boys venture over in the next few years.

Is racing at The Bend for the Australian Superbike Championship [ASBK] final something that interests you?

Yeah definitely. It’s strange because I grew up racing in Australia and when I left, I don’t think I have ridden bikes in Australia since. Seeing Jack [Miller] do that last year, I thought that was quite cool. I think a few years ago, quite a few years ago there was a race in Perth where quite a lot of international guys went and did the race, and if there was something like that, obviously it would have to be organised properly, correct bikes and teams and all the rest of it, but if there was a race at the end of the year I could do and it was the right thing then yeah 100 percent I would love to come back and get it amongst it. The guys that are racing now are the guys that I was racing before I felt, Wayne [Maxwell], Glenn [Allerton], Josh [Waters], it would be cool to get some laps in with them again, and would definitely be up for it if the opportunity was there.