Vietti times to perfection in Moto2, Guevara gains in Moto3. 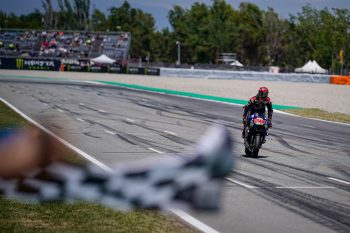 Quartararo made his move for the lead on lap one with a move up the inside of polesitter Aleix Espargaro (Aprilia Racing) into turn one. From there the MotoGP World champion extended his lead as drama ensued behind him.

LCR Honda Idemitsu’s Takaaki Nakagami lost the front while braking into turn one on the opening lap, which caused Francesco Bagnaia (Ducati Lenovo Team) and Alex Rins (Suzuki Ecstar Team) to fall. Neither rider was able to finish the race.

Fourth was Joan Mir (Team Suzuki Ecstar) who recovered from 17th on the grid, as Espargaro was able to salvage fifth after believing the race finished a lap earlier than it did.

Notably, Enea Bastianini (Monster Energy Yamaha) was also unable to score at round nine of the 2022 MotoGP World Championship, crashing out of the race with seven laps remaining. After the drama that unfolded Quartararo leads the points by 22 from Espargaro, as Bastianini is third 53 from the lead. 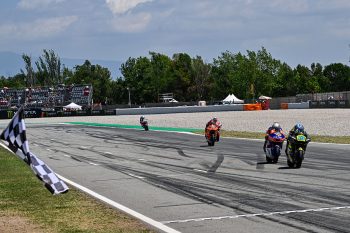 To his credit, Joe Roberts looked set at the halfway point of the race to take his second Moto2 victory, before he devastatingly crashed out of the lead with a convincing margin. 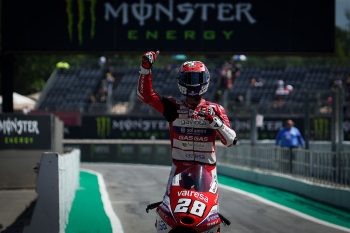 In Moto3, Izan Guevara (Valresa GasGas Aspar Team) clawed back valuable championship ground as he took a 1.975 second victory at the Calatan GP.

BOE Motorsports’ David Munoz impressed to take a solid P2, ahead of Tatsuki Suzuki who continued to build his strong run of form in third. 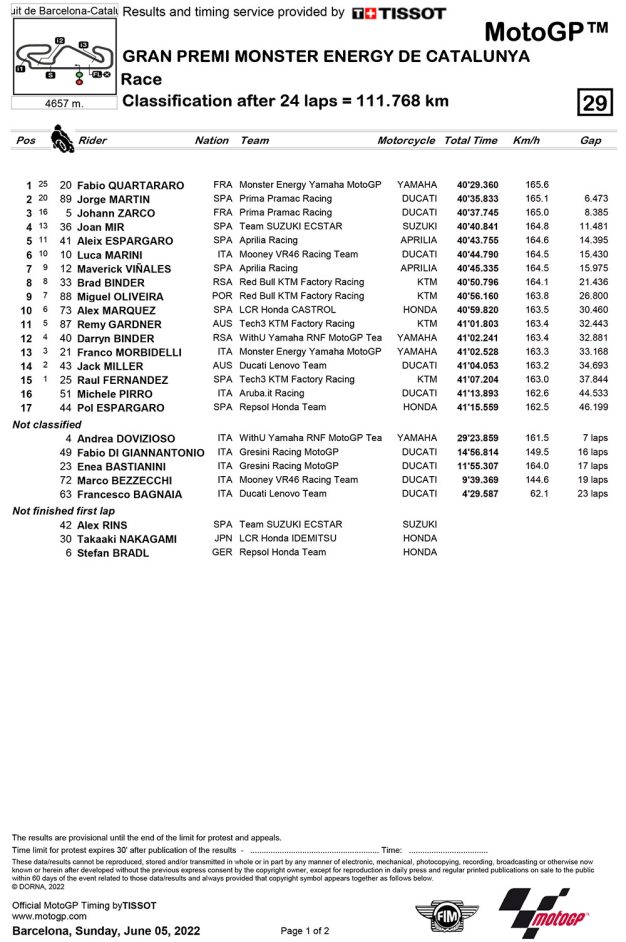 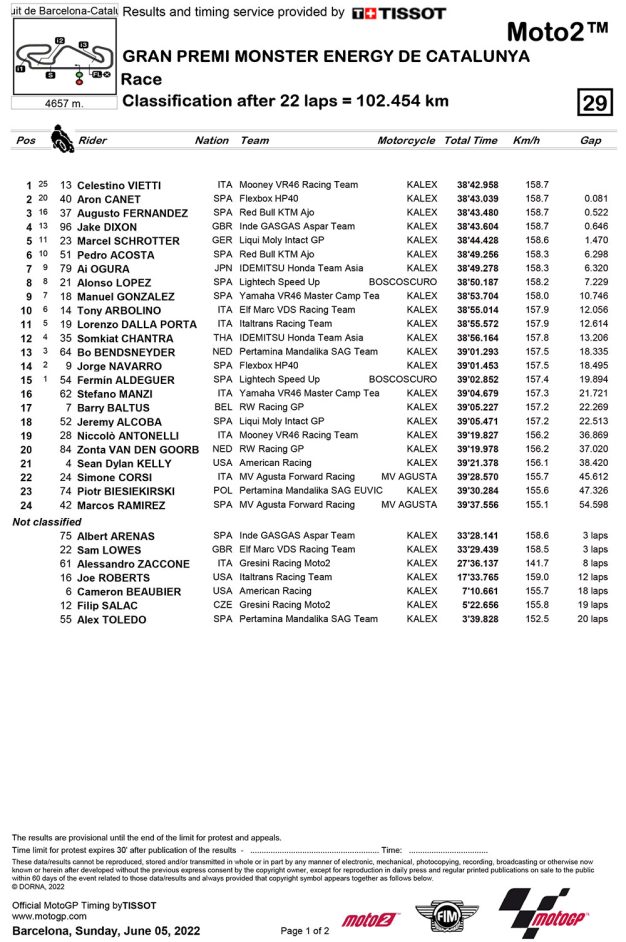 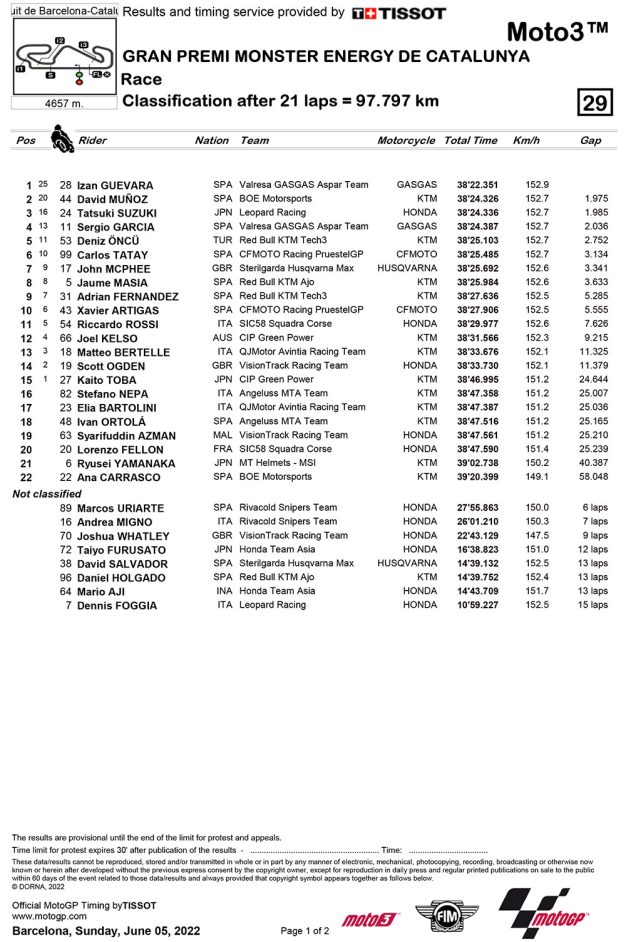