Josh Hook and TSR Honda third in Belgium's 2022 round two. 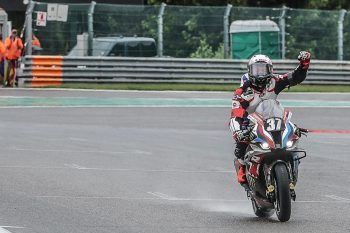 Rain for the final five hours made the conclusion in Belgium both challenging and intriguing, as the Tati Team Beringer Racing Team (Kawasaki) excelled to finish P2 outright, and as the top independent team with newcomer Loic Arbel joining Alan Techer and Gregory Leblanc, seven laps down from the lead.

After starting from pole, YART – Yamaha Official Team EWC suffered a four-minute delay in the early stages with a speed sensor issue. Riders Niccolo Canepa, Marvin Fritz and Karel Hanika fought their way back into contention before an engine failure ruled the team out of the race.

Following the first two rounds of the season, Yoshimura SERT Motul holds a 15 point advantage over F.C.C TSR Honda France. YART – Yamaha Official Team EWC is third, 30 points from the lead. The next round of 2022 EWC is the Suzuka 8 Hours, held on 7 August at Suzuka, Japan. 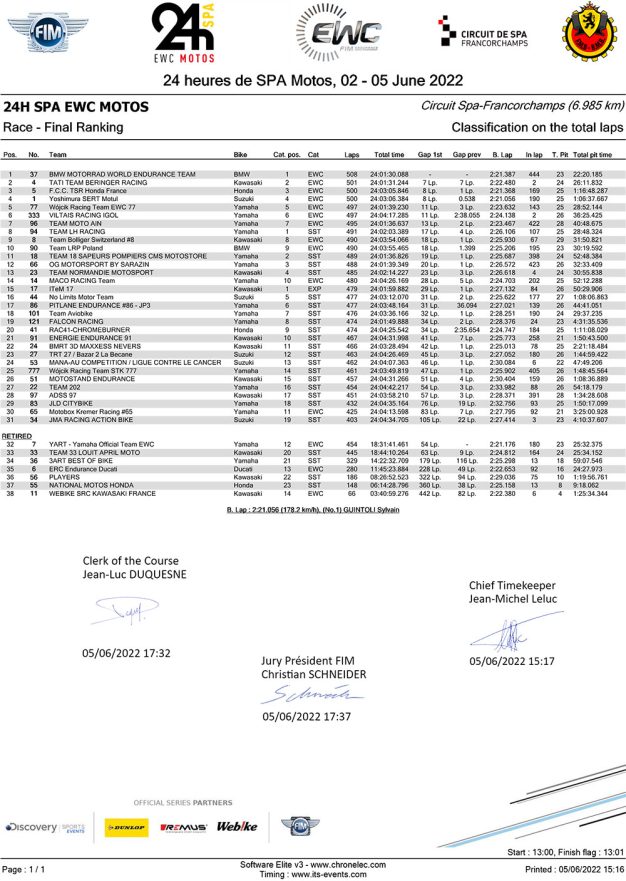