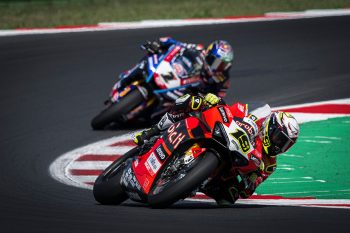 Razgatlioglu bounced back in the Superpole Race to take a much-needed victory ahead of Bautista and Rea. After an early battle with Rea, the Turkish rider took the lead and extended to win by 2 seconds in the 10-lap outing.

The final outing for the premier class saw Toprak control the lead for much of the opening six laps before Bautista moved in front on lap seven. The Yamaha rider kept the gap to the Spaniard within a second to lap 12 before he ultimately crossed the line in second, 7.194 seconds behind the Bautista. Rinaldi finished third, ahead of Rea in fourth and Iker Lecuona (Team HRC) who completed the top five.

After four rounds of the 2022 WorldSBK Championship, Bautista leads Rea by 36 points, with Razgatlioglu a further 43 adrift, the race one DNF costly in his bid to defend the title. 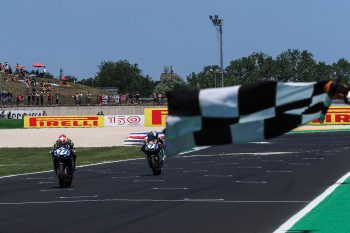 After qualifying a strong P10, it was a tough two WorldSSP races for Australia’s Oli Bayliss. A small crash in race one saw followed by a fall in race two meant the Barni Spark Racing rider was unable to score in round four.

In his second WorldSSP round, Motozoo Racing by Puccetti rider Ben Currie banked a P26 in race two after a fall in the opening bout, the Australian continuing to build after severe injuries sustained while training in the pre-season. 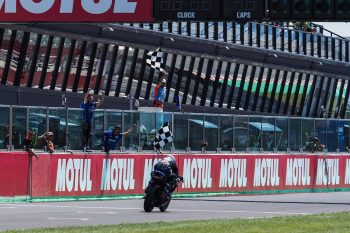 It was a tough weekend for Australian Harry Khouri (Team 109 Kawasaki) in WorldSSP300 as he crashed out of both races, with Archie Mcdonald (ProGP Racing) scoring 15-8 results in the R3 bLU cRU Cup. 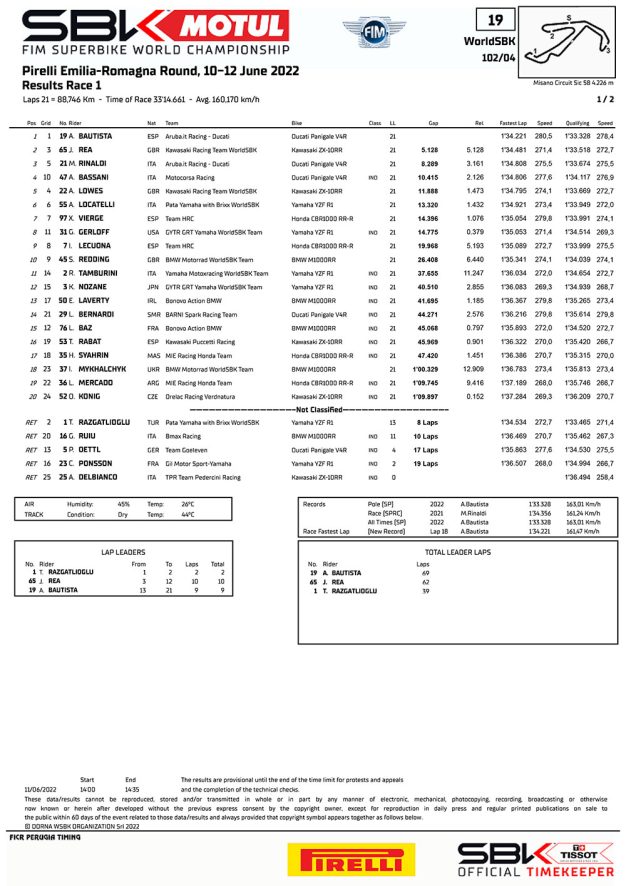 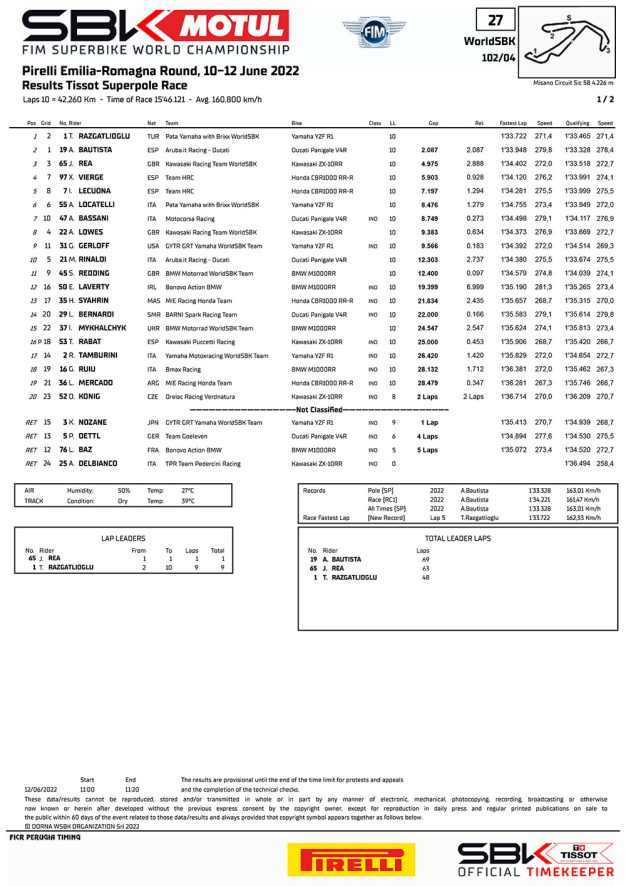 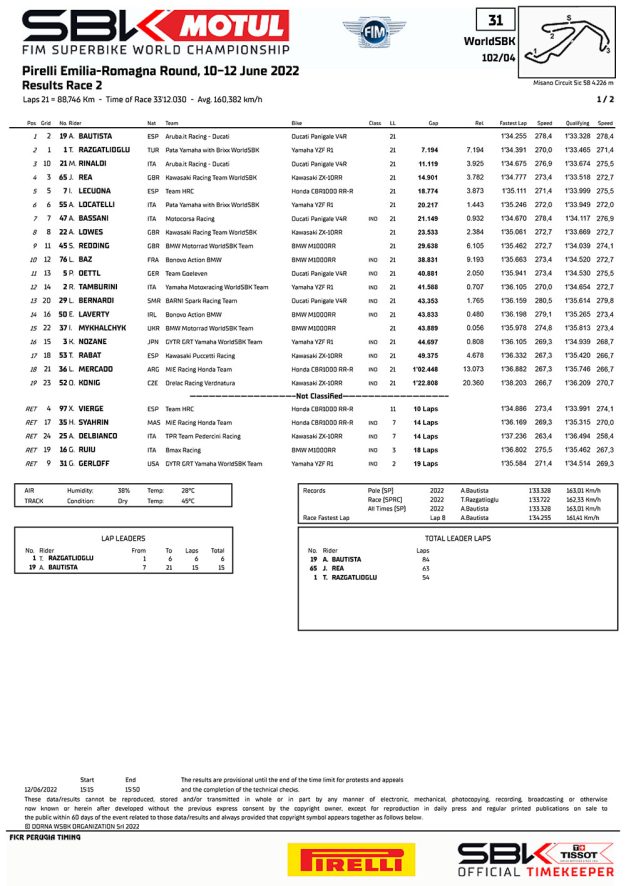 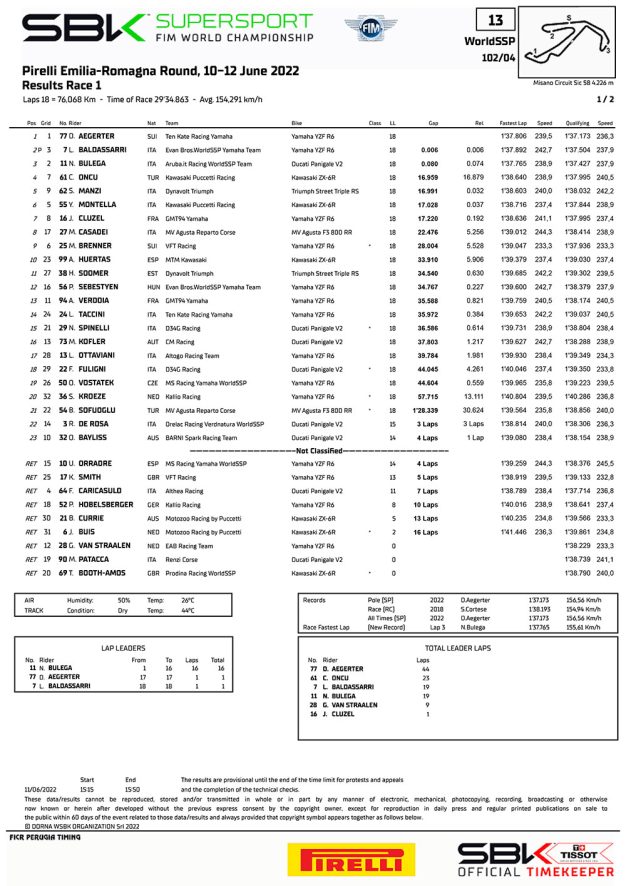 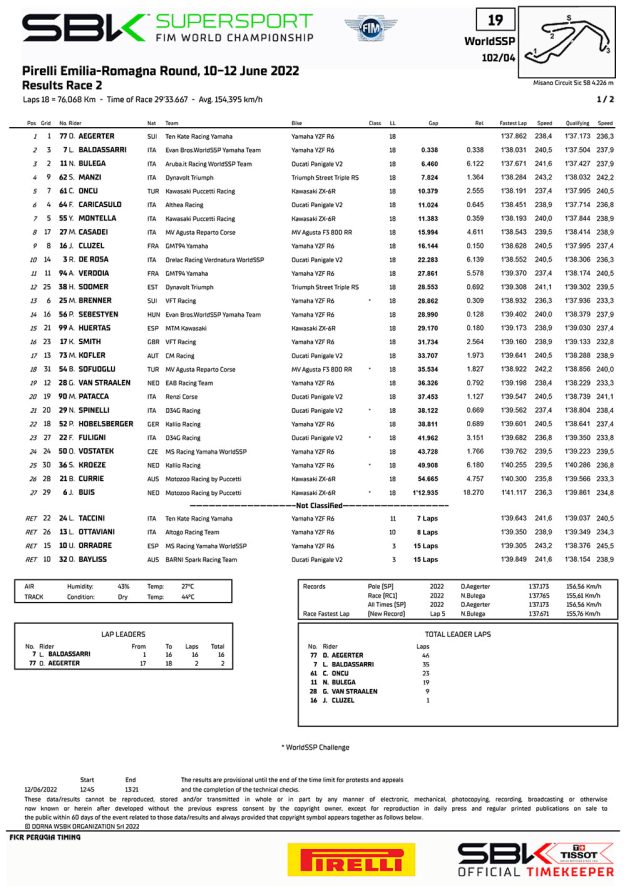 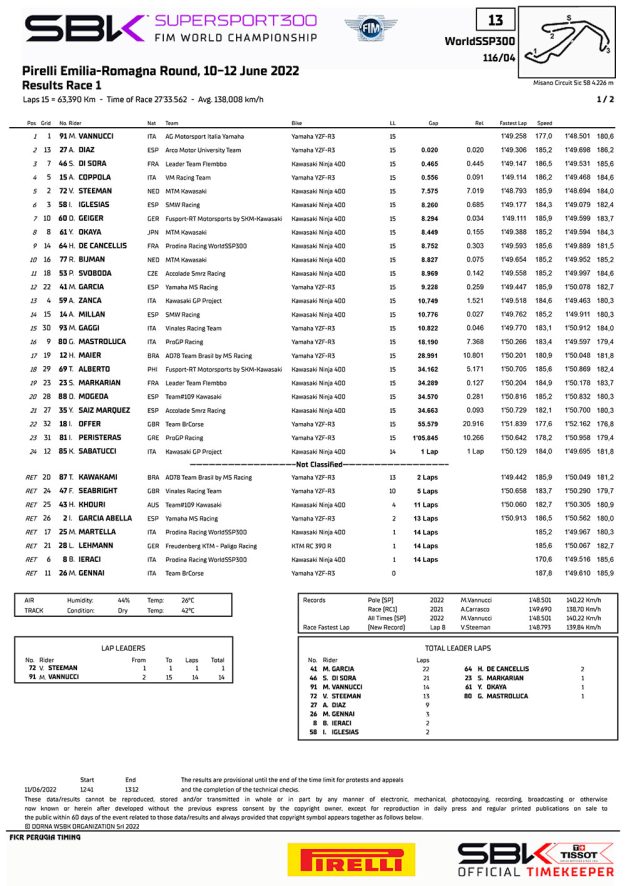 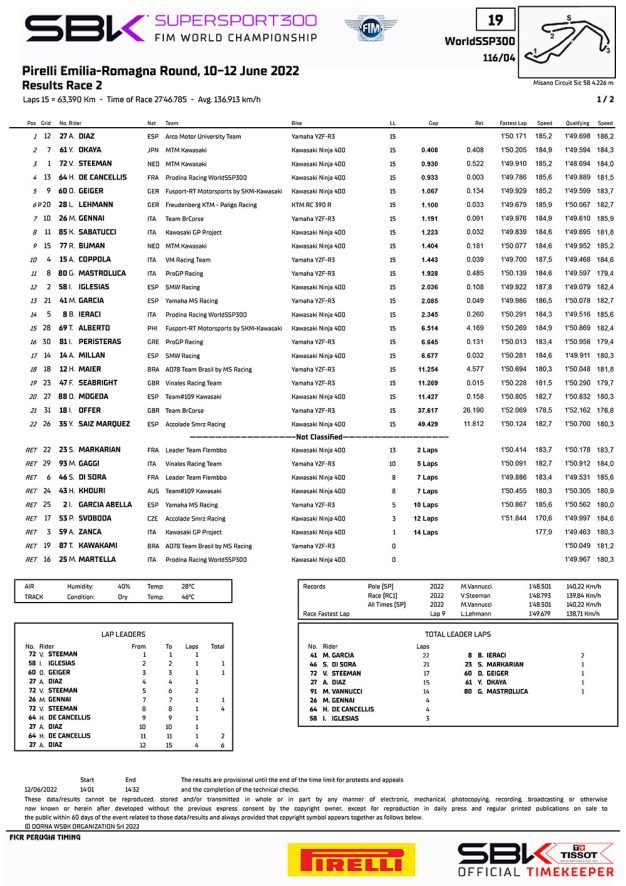