‘Amazing opportunity to have a change of scenery’ – Miller 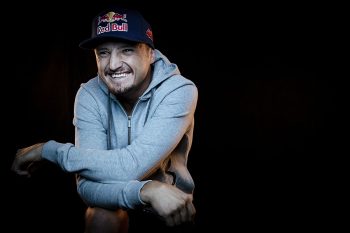 Following the announcement of his signing with Red Bull KTM Factory Racing in MotoGP for the next two seasons, Jack Miller is excited for a fresh approach with the Austrian brand.

The move to KTM from next year marks the third manufacturer that Miller will have competed with in the premier class, riding a Honda in 2015-2017 before being Ducati mounted for the last five seasons.

“First and foremost, very happy to have that one done, and to be here for another two years, you guys have to put up with me for a little bit longer,” Miller said. “Really happy, excited for what is to come and an amazing opportunity for me to have a bit of a change of scenery and to try something different.”

The first three terms of Miller’s Ducati stint were with Pramac Racing and notably, he will be reunited with his former team manager from Pramac, Francesco Guidotti, at KTM next year.

Miller moved to the factory Ducati Lenovo Team from 2021 and reflected on his time with the brand despite remaining focused on the remaining races this season.

“I’ve been in Ducati for quite some time, five years, and had an amazing experience, we have done a lot of good races together, a lot of highs and a lot of lows,” he added.

“I’m super thankful for everything that they have taught me and to have the opportunity to not only ride a Pramac, but to step up to the factory team and have two years here, it has been an amazing experience and something I wouldn’t change. Going forward, looking forward to another decent project with a lot of hungry people, it looks good.

“It’s kind of weird because you announce all of this stuff nice and early and you are still there until the end of the year. You are sort of like the wick and then you wait.

“It will be good, before the announcement came out and all of that I went around to all of the management staff and even to Pecco [Franceso Bagnaia] and just had my little word and told them about what was going to happen and where we were at, and I mean it has already been a bit emotional for sure.

“Wearing this Ducati red is something I wanted for so long, and to get it, and then go away from it is emotional but as I said we’ve got some exciting times ahead of us and 12 races to go, I still get to be a factory Ducati rider for another 12 races.”

The Australian will line up this weekend at the Sachsenring in Germany for round 10 of the 2022 MotoGP World Championship.