ASBK title-rival Maxwell less than a tenth adrift in P2. 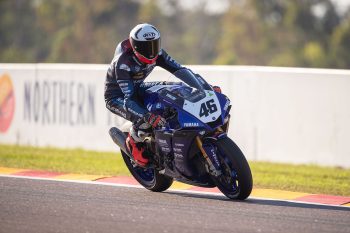 Mi-Bike Australian Superbike Championship (ASBK) leader Mike Jones set the benchmark during Friday practice at the fourth round of the 2022 series at Hidden Valley with a 1m05.506s to top the charts.

Jones (Yamaha Racing Team) set his fastest time in the second free practice session, which was just 0.085s quicker than Boost Mobile with K-Tech McMartin Racing’s Wayne Maxwell who was the man to beat in the first and third sessions.

Third quickest was Bryan Staring (DesmoSport Ducati) with a 1m05.772s in FP1, as an improvement in the final session for Maxima BMW’s Glenn Allerton landed him P4 with a 1m05.812s.

Likewise, YRT’s Cru Halliday was able to improve in FP3 to a 1m05.866s which was enough for him to complete the top five, ahead of Troy Herfoss (Penrite Honda Racing) who narrowly missed the 65-second bracket courtesy of a 1m06.094s set in the final practice.

With the top 10 within less than nine-tenths, it’s all to play for in tomorrow’s qualifying and 16-lap race one. 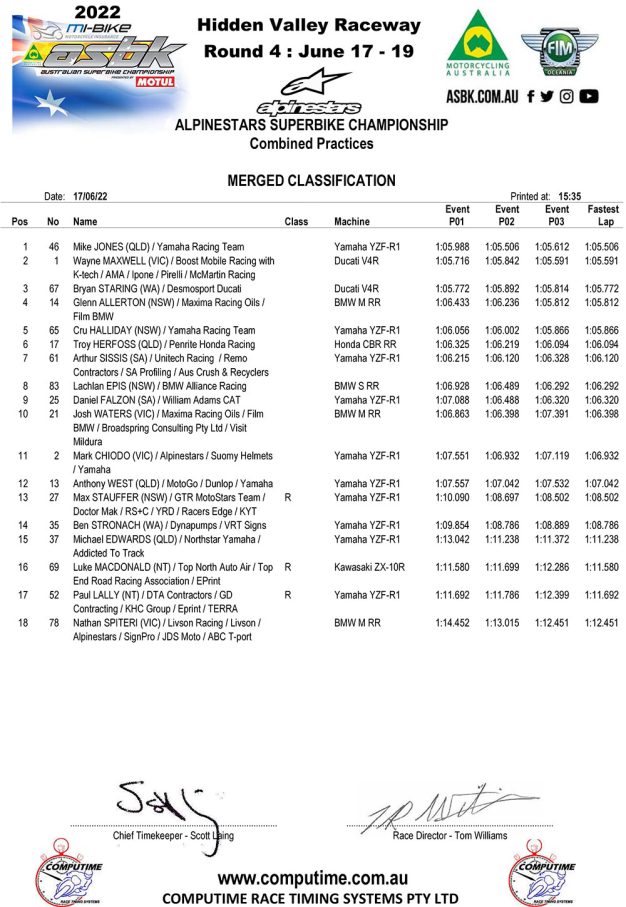