Race one victory in the Top End by Jones to extend

Spirited charge from Herfoss to return to ASBK podium. 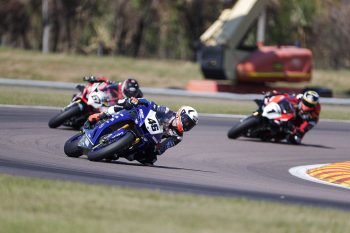 Yamaha Racing Team’s Mike Jones captured the victory in race one at the fourth round of the 2022 Mi-Bike Australian Superbike Championship (ASBK) at Hidden Valley, as Troy Herfoss returned to the podium in P2 showing great race pace in the Top End.

Jones secured the win by 3.2s after making a pass on Bryan Staring (DesmoSport Ducati) – who got the holeshot – with 10 laps remaining into turn one.

Staring ultimately finished third after a late-race battle with the hard-charging Herfoss (Penrite Honda Racing), who was the most consistent rider in the 1m05s bracket in the closing stages and had to work his way up from seventh to achieve the result.

Both Staring and Herfoss started to reel back Jones in the final laps before the pair traded places multiple times in what was a thrilling last lap that saw the Honda rider withstand a last-ditch effort by Staring in the final corner.

Pole setter Wayne Maxwell (Boost Mobile with K-tech McMartin Racing) was fourth, dropping a noticeable amount of pace at half race distance after battling with Staring for second in an attempt to stop Jones from getting away. Glenn Allerton (Maxima BMW) made a great start from P10 on the grid to be fourth by the end of the first lap, ultimately completing the 16 lap bout fifth. 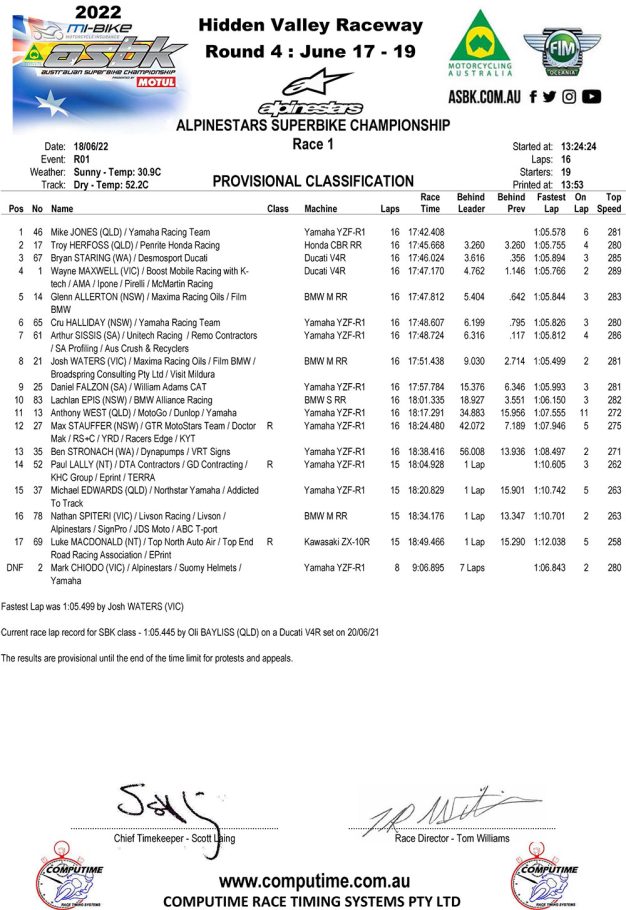