Key points to be aware of after first 11 rounds of the 2022 season.

With the 2022 MotoGP World Championship past the halfway point, there are a number of key developments emerging in the race for this year’s title, with many riders still looking to confirm their place on the grid from next season. We look at the Top 10 topics to follow as the series approaches the final nine rounds. 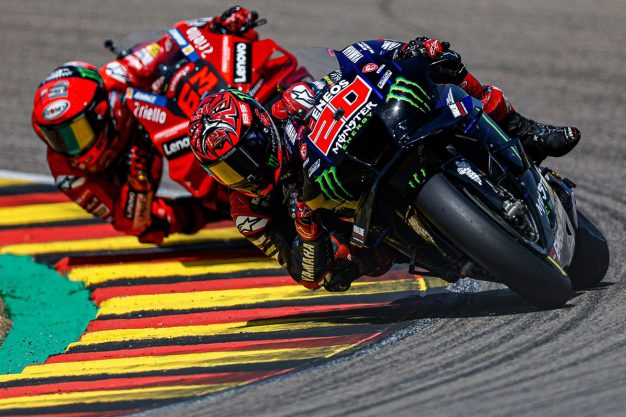 1. Reigning champion Quartararo works toward to second title:
Reigning MotoGP World champion Fabio Quartararo continues to confirm his status as the man to beat, winning on more occasions than anyone else in the premier class this year and immensely outperforming the other Yamaha riders. The only major blemish in his 2022 campaign so far was a DNF at Assen after crashing twice, and despite receiving a long lap penalty at the next round in Silverstone following his first crash in The Netherlands – which forced title-rival Aleix Espargaro off the track – he continues to lead the championship, with a 21 point advantage entering the final nine rounds. The Monster Energy Yamaha rider has been the all-around best rider in the first 11 bouts of MotoGP this season, with an unrivalled speed and consistency combination that is reflected by his points lead as he works toward a second world championship.

2. Late charge mounting from Bagnaia:
Hotly tipped as a favourite to take the 2022 MotoGP World Championship entering this year, Ducati Lenovo Team’s Francesco Bagnaia has had a nightmare, of sorts, season to date. With four DNF’s from the opening 11 rounds, he trails points leader Quartararo by 66. However, a victory at the most recent round at Assen – his third win in 2022 – could be a sign of a late-season charge mounting. Looking back to last year, Bagnaia scored more points than anyone in the final nine rounds, winning four of the last six races. He will need to do the same throughout the remaining nine rounds in 2022 and hope that his rivals experience some misfortune if he is to have any shot at taking the title.

3. Consistent Aleix Espargaro eyeing next victory:
2022 has been a breakout season for Aleix Espargaro and Aprilia Racing. Not only has the number 41 been the only rider to score points in every race, but he has done so by securing five podiums and a maiden victory in the premier class in Argentina. Just 21 points from Quartararo, Espargaro has proved he is a legitimate title threat and will be eyeing a second MotoGP victory, sooner rather than later, to claw back valuable ground in the championship race.

4. Miller looking to end Ducati stint in the best way:
Australia’s Jack Miller has just nine races remaining before his multi-year stint in MotoGP with Ducati draws to a close. ‘Thriller’ has experienced an up and down season so far, banking three podiums but also struggling at times with front-end confidence, leaving him unable to work his way forwards. A positive post-race test in Barcelona seemed to provide a direction to help fix the issue, which was evidenced by P3 in Germany after serving a long lap penalty. Miller again was in podium contention at Assen, and will surely be eyeing a home-race victory later in the season at Phillip Island before he departs to Red Bull KTM Factory Racing from 2023.

5. Battle for the factory Ducati seat:
With Miller’s expected departure from the Ducati Lenovo Team announced in June, the fight for the remaining spot in the factory Bologna squad alongside Bagnaia for next year has come down to a clear battle between two riders – Enea Bastianini and Jorge Martin. Bastianini – GP21 mounted with Gresini Racing – stunned when he won the season opener at Qatar, and backed that up with victories at Circuit of the Americas (COTA) and Le Mans, firing him into consideration for arguably the most sought-after seat in the MotoGP paddock. The Italian has experienced a recent slump, however, only scoring 11 points in the last four races. Martin (Prima Pramac Racing) was considered to be some of the hottest property on the MotoGP grid at the end of last year, following the lightning-fast speed shown in his rookie season in the premier class. However, 2022 has been somewhat underwhelming to date for the Spaniard, showing flashes of that pace but unable to take the next step and become a consistent challenger for race victories. Ducati previously confirmed the deadline for the decision was in June, with Ducati Corse sporting director Paolo Ciabatti then stating Martin and Bastianini were the only riders in contention before revealing they will likely wait until August to confirm their final choice. 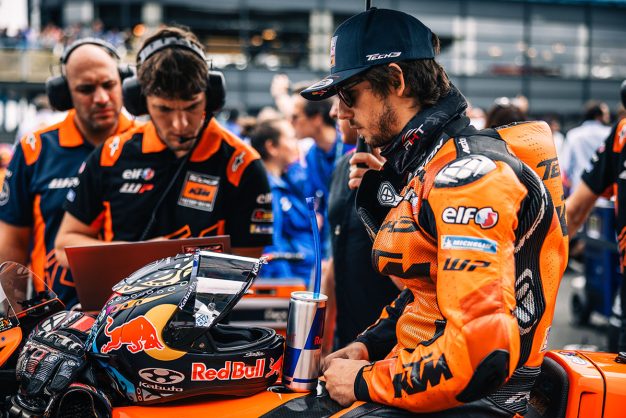 6. Destination of departing Suzuki riders:
The announcement of Suzuki’s intended exit from the MotoGP paddock at the conclusion of 2022 has left the Hamamatsu factory riders, Alex Rins and Joan Mir, in a search of seat from 2023. Rins has been heavily linked to LCR Honda, with at least one seat vacant in Lucco Cecchinello’s squad from next season as Alex Marquez has confirmed his switch to Gresini Racing. It’s been rumoured that Joan Mir will take Pol Espargaro’s spot in Repsol Honda, with speculation of the 2020 MotoGP World champion signing for the Ducati Lenovo Team shut down by Ciabatti.

7. Return of Marc Marquez:
The heart, grit and determination of Marc Marquez cannot be questioned after the eight-time world champion has suffered multiple setbacks and complications since severely injuring his right arm at Jerez in 2020. At Mugello, Marquez announced he would undergo a fourth surgery on his right humorous, and has been absent from the world championship following the Italian GP in May. There has been speculation about his return being as early as the Misano test on 6-7 September, however, when he shared an open letter to his fans two weeks ago, there was no confirmation of a return date, with Respol Honda team manager Alberto Puig saying his 2022 return is ‘very important’ to help develop next year’s bike.

8. RNF reshuffle for 2023:
The WithU RNF MotoGP team is set to undergo a major reshuffle in 2023, with the outfit’s switch from Yamaha to Aprilia machinery confirmed from next year. Adding to that, Andrea Dovizioso has publicly stated that he will not continue in MotoGP next season, which leaves at least one seat up for grabs. The likes of Miguel Oliveira and Raul Fernandez have been rumoured to join the team, with the future of MotoGP rookie and team rider Darryn Binder also unknown, despite the South African delivering impressive performances in his jump from Moto3 to the premier class this year. Binder himself has stated he will look at options in Moto2 if he is left without a MotoGP ride.

9. MotoGP rookie Gardner builds with sights set on future:
Despite outperforming Tech3 KTM Racing’s Raul Fernandez on a number of occasions, MotoGP rookie Remy Gardner has yet to have his MotoGP future confirmed beyond 2022. Half of KTM’s roster, in fact, is yet to be confirmed beyond 2022, with Miller and Binder signed and Tech3 KTM Racing yet to confirm its lineup. Gardner scored a season-best result during round nine at Catalunya where he finished 11th, and he continues to build and adapt in the premier class. It would be harsh for the Australian to be cut after one season, considering the RC16 platform is relatively uncompetitive, but the Australian will want to put his best foot forward in the upcoming rounds to ensure he keeps his place in the premier class.

10. Australian Kelso on the mend in Moto3:
CIP Green Power’s Joel Kelso has shown flashes of brilliance in his maiden Moto3 World Championship campaign but has also been struck with more than his fair share of bad luck – taken out on two occasions. The latest incident occurred on the final lap at Assen, where he crashed heavily, fracturing his right ankle and foot. A return date has not yet been announced for the Australian teenager, but you can be sure he will continue his charge towards the front when he makes a comeback. 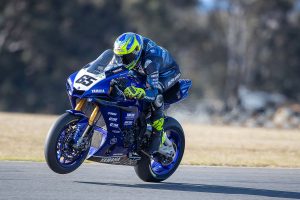 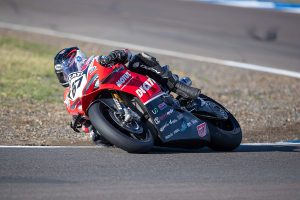