Nine wins in a row for Aegerter in 2022 WorldSSP to extend. 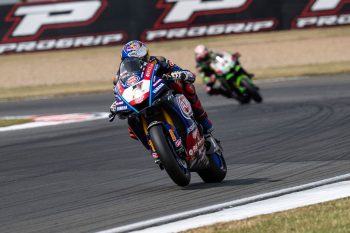 Reigning Superbike World (WorldSBK) champion Toprak Razgatlioglu kept his title defence alive with a triple victory at the fifth round of the 2022 season at Donington, as Dominique Aegerter continued to dominate WorldSSP.

The Superpole Race again saw Razgatlioglu lead each lap, but Rea finished much closer on this occasion – 1.089s from the win. It was a case of role reversal for the final spot on the podium, as Redding was able to get the better of Lowes to land his first rostrum finish with the German manufacturer. Bautista ultimately crossed the line fourth, Lowes fifth.

In race two, Rea remained right in contention until lap 14 when he seemingly began to suffer with grip, and eventually finished third behind the Turkish rider and Bautista. Razgatlioglu’s triple victory moves him to 43 points behind Bautista in the championship standings, with Spaniard leading Rea by 17.

Aegerter (Ten Kate Racing Yamaha) continued his near-perfect season to date in WorldSSP by adding another two victories to his 2022 tally in the United Kingdom.

The Swiss rider did have to fight for P1 on both occasions, besting Lorenzo Baldassarri (EvansBros WorldSSP Yamaha Team) by just 0.413s in race one, as Raffaele De Rosa (Orelac Racing Verdnatura) completed the top three.

Race two saw a three-way battle for a majority of the race between Aegerter, Baldassarri and Nicolo Bulega (Aruba.it Racing WorldSSP Team), with Aegerter ultimately emerging on top, ahead of Baldassarri as Bulega dropped back in the final laps, still finishing third. In the title race, Aegerter holds a 64-point lead ahead of Baldassari, with Bulega a further 61 points adrift in third.

Australia’s Oli Bayliss (Barni Spark Racing Team) recovered from a tough opening day to notch 11-13 finishes, charging forward on each occasion from 20th on the grid, as Ben Currie (Motozoo Racing by Puccetti) also had a tough Friday with a crash in FP2, and was forced to DNF from race one before securing P19 in the second bout. 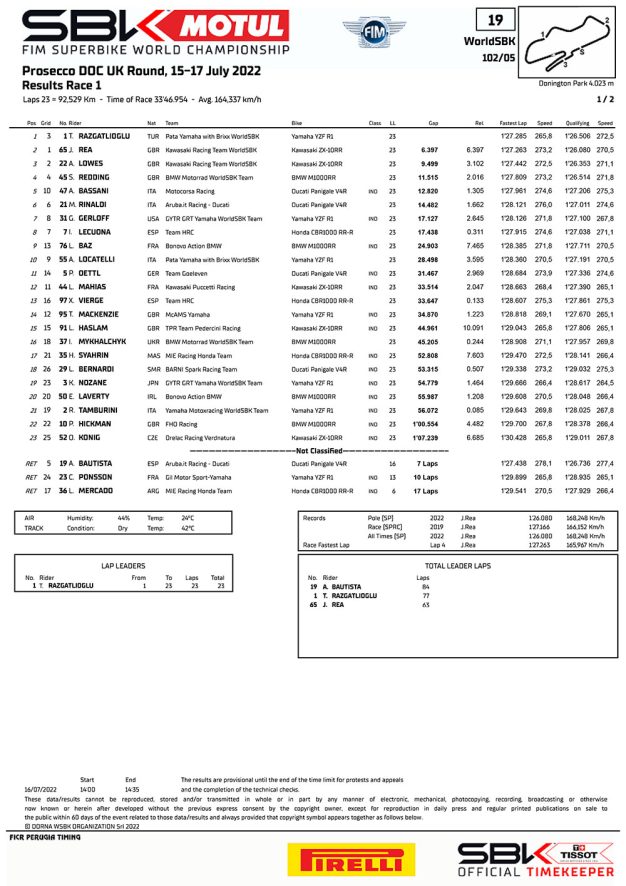 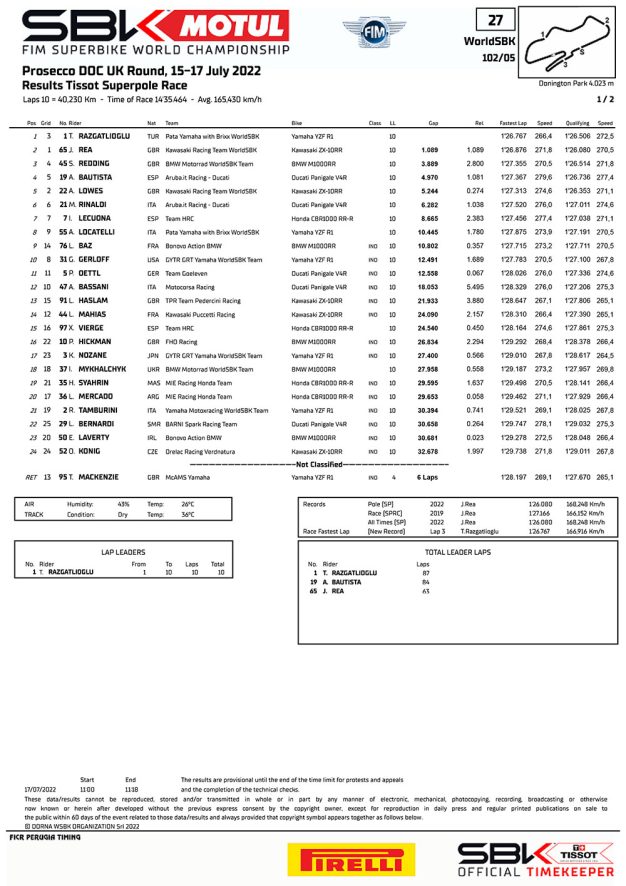 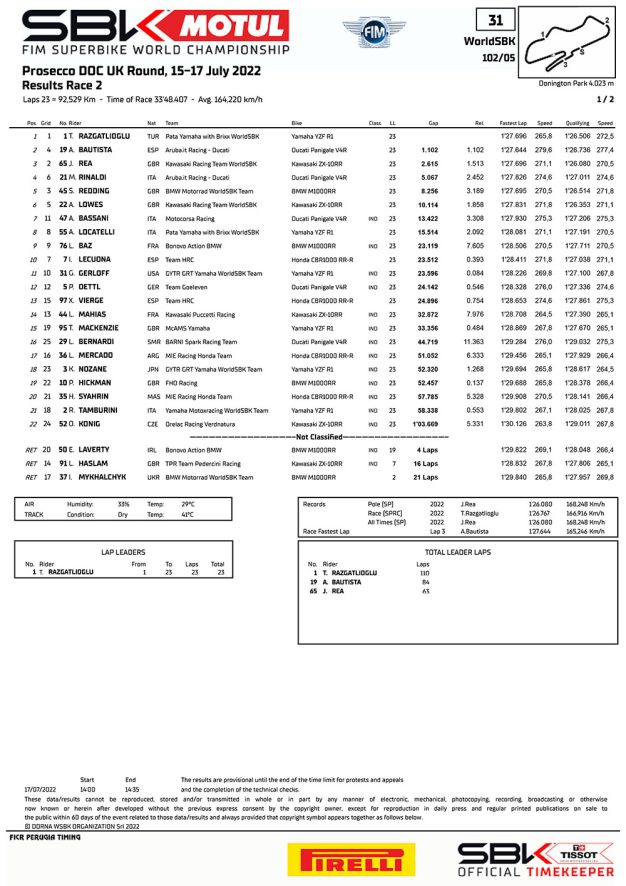 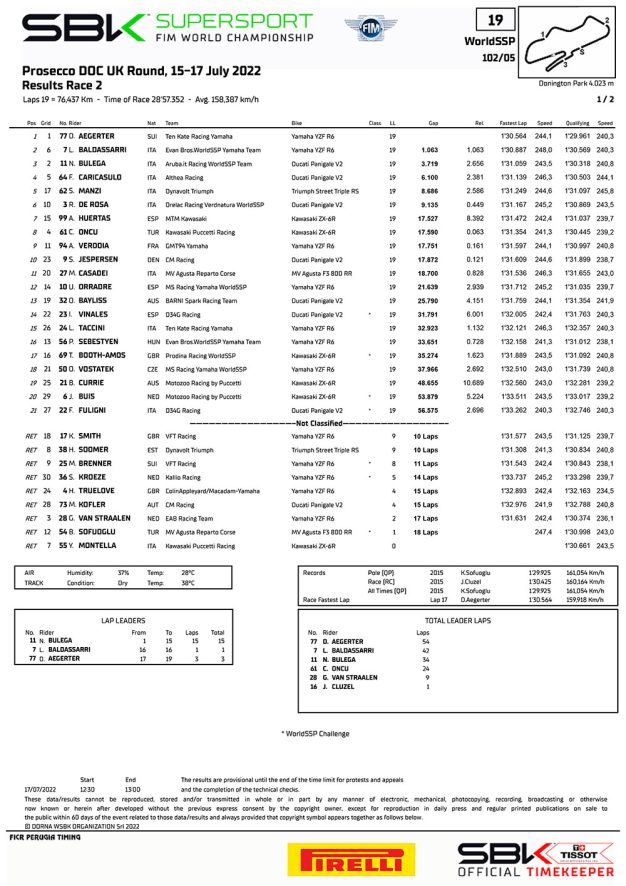