Bautista and Razgatlioglu split wins in thrilling WorldSBK at Most

Baldassarri strikes in WorldSSP as WorldSSP300 victories split by Garcia and Steeman. 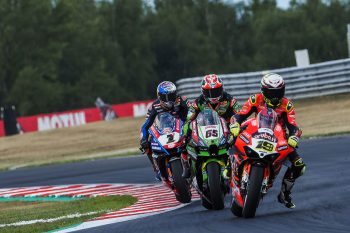 Title-contenders Alvaro Bautista and Toprak Razgatlioglu split wins in what was a thrilling round six of the 2022 Superbike World Championship (WorldSBK) at Most, as Lorenzo Baldassarri capitalised in World Supersport while Marc Garcia and Victor Steeman were victorious in World Supersport 300.

Razgatlioglu emerged on top of a three-rider battle for P2 on the last lap, ahead of Redding and Rea as Axel Bassani (Motocorsa Racing) continued to impress and completed the top five.

The Superpole race saw Razgatlioglu cross the line P1 after an intense battle with Rea in the closing stages that included an off-track excursion for the KRT rider, while points leader Bautista completed the top three.

An exciting three-way fight for the lead ensued for much of race two, as Razgatlioglu, Bautista and Rea traded blows at the front. Ultimately it was the reigning WorldSBK champion who took the chequered flag first, ahead of the Bautista and the number 65. Redding was fourth, ahead of Bassani who again completed the top five.

The battle for the 2022 WorldSBK title is continuing to heat up, with Bautista leading on 290, Rea second on 267 and Razgatlioglu closing in with 260. 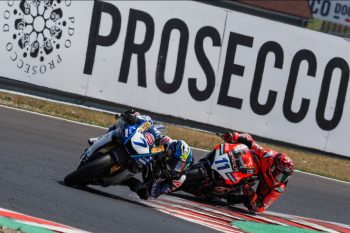 Aegerter was one of five riders to crash in the opening chicane in race one and was taken to the medical centre, deemed to have suffered a concussion.

However, the number 77 was later passed fit to contest the second bout but was banned from the race due to unsporting behaviour after he was found to have exaggerated his injuries on the first lap in an attempt to have Saturday’s race red-flagged.

Baldassarri went on to win both races, as Stefano Manzi (Dynavolt Triumph) and Kallio Racing substitute Steven Odendaal completed the podium in the opening outing, and Nicolo Bulega (Aruba.it Racing) and Manzi were second and third respectively on Sunday. Notably, race two was red flagged on lap 16 following a crash from Odendaal, with oil on the circuit.

It was a challenging weekend for Australia’s Oli Bayliss (Barni Spark Racing Team) at Most, working his way up to P13 in race one before his second bout ended prematurely after a fall with thirteen laps remaining. Ben Currie (Motozoo Racing) suffered a heavy fall on Friday, and notched 24-19 results at round six.

The WorldSSP standings have closed up significantly at the front, with Aegerter’s lead just 14 points ahead of Baldassari. Bulega – who was involved in the opening lap fall in race one – is third, 98 points from the lead. 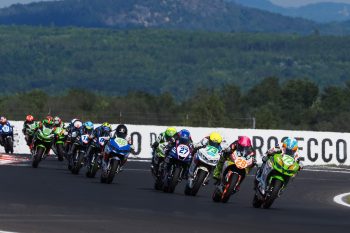 Australian Harry Khouri (Team 190 Kawasaki) qualified a strong P4 and finished race one P7, before crashing out of the second race. Points-wise, Diaz leads Garcia by 24, with Steeman third a further 15 adrift. 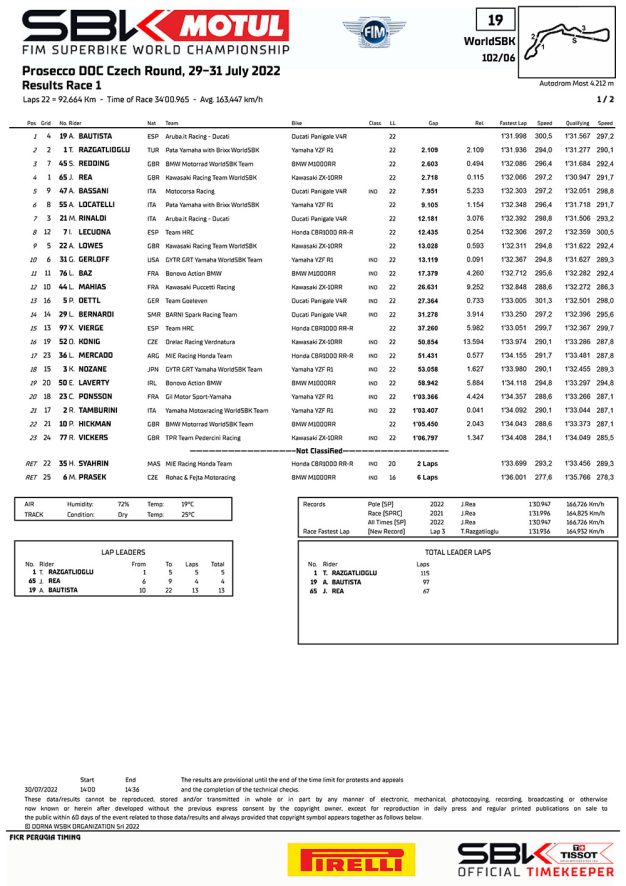 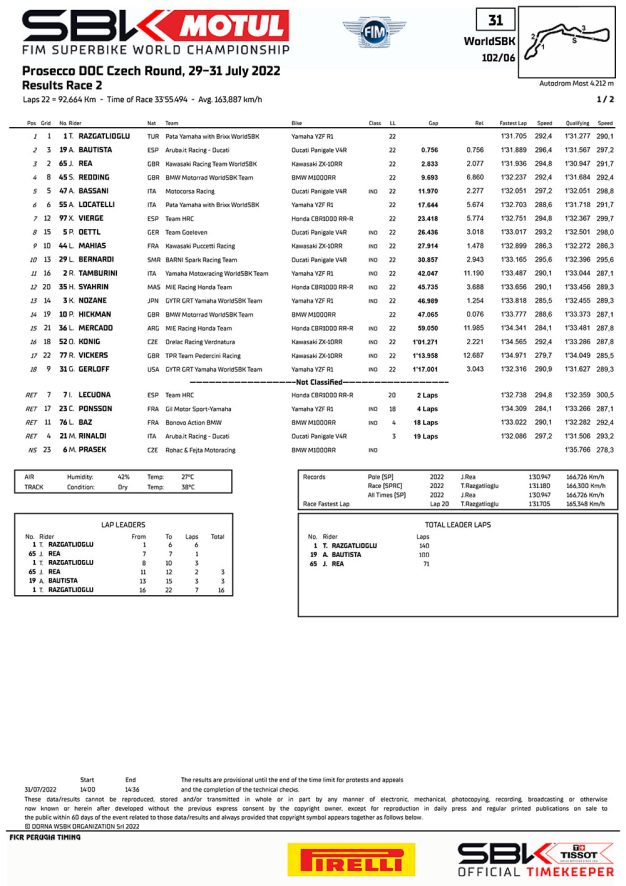 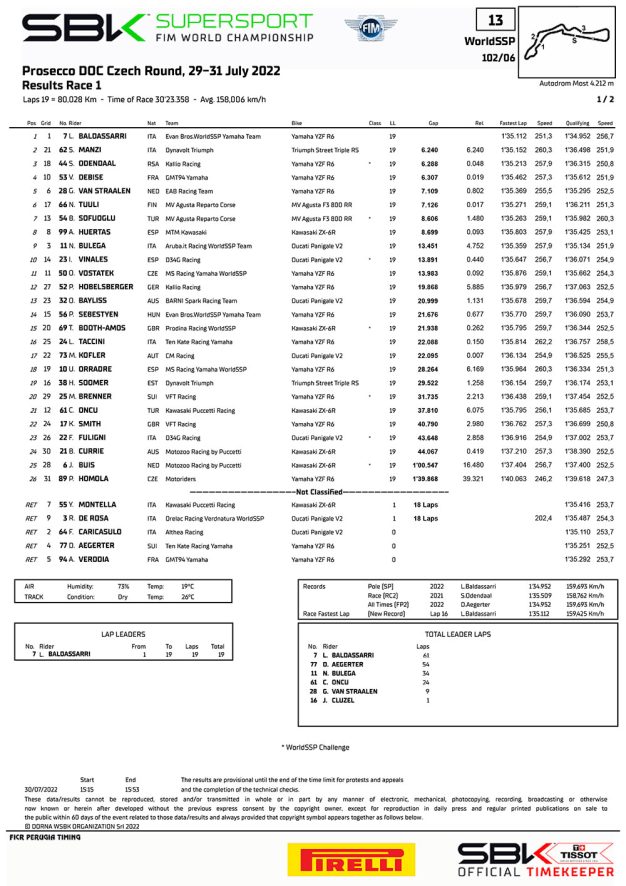 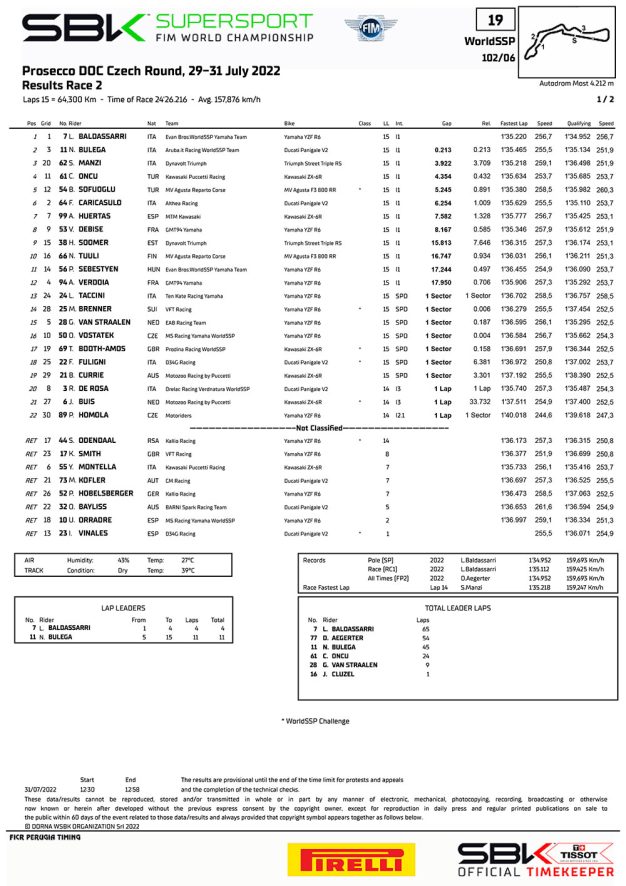 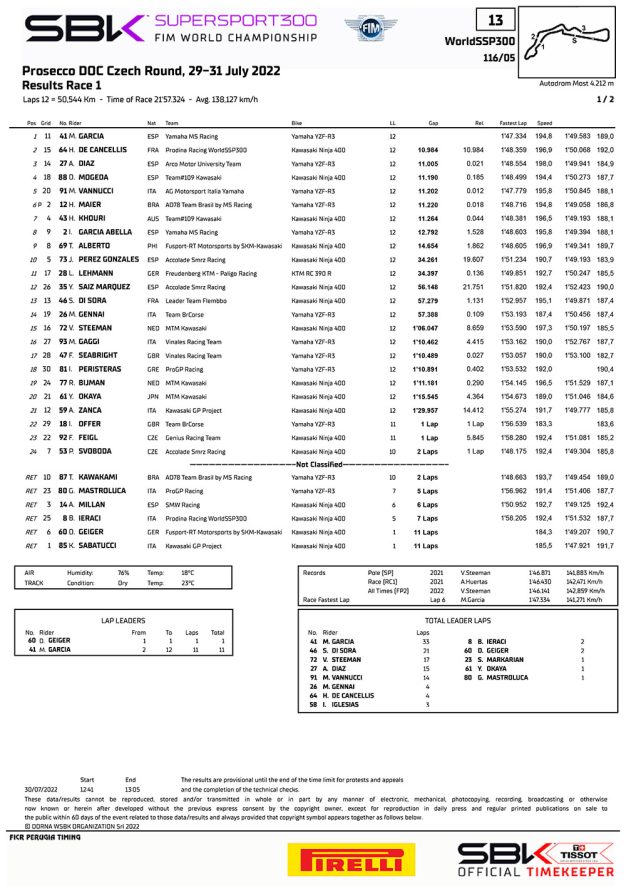 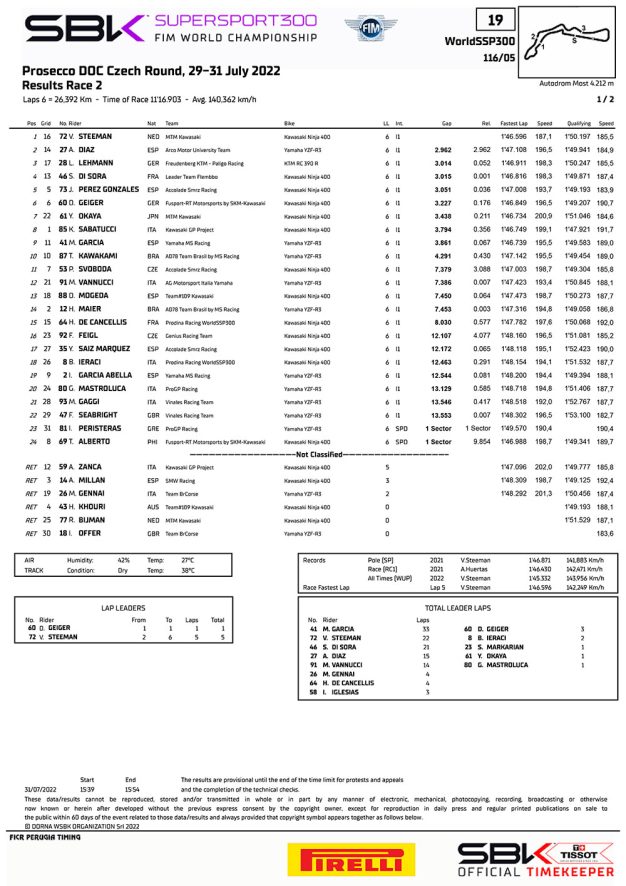