Round one to take place in Portugal for first time. 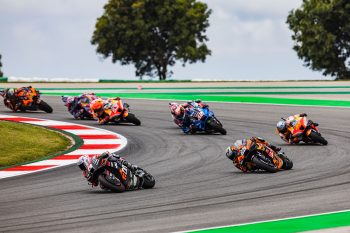 The 2023 MotoGP World Championship will commence with the Portuguese Grand Prix at Portimao, marking the first time a European round has hosted the season-opener since 2006.

Lusail has been the venue for round one from 2007, the only real exception being 2020 when the premier class didn’t compete in the Grand Prix of Qatar due to coronavirus.

A full calendar for next year is to be revealed in due course, but the opener has been confirmed for 24-26 March, roughly three weeks later than the commencement date for the current season. There will also be official pre-season tests held at Portimao during the weeks before the event, the dates of which will be confirmed soon.

This year’s Portuguese Grand Prix was won by Fabio Quartararo, as Joe Roberts and Sergio Garcia stood on the top step in Moto2 and Moto3 respectively.