American to compete with Fresh N Lean Yamaha at Portimao. 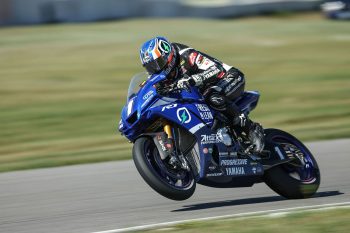 Gagne switched to the squad for the 2020 MotoAmerica Championship. After finishing second to teammate Cameron Beaubier, he was successful in capturing the crown a year later.

The American previously raced in WorldSBK throughout 2017 and 2018 with the Red Bull Honda team, achieving a best result of P9 on two occasions. He is currently second in the 2022 MotoAmerica standings with three rounds remaining.

“I’m really excited for the opportunity to line up on the World Superbike grid,” said Gagne. “Portimao is a really cool track. It’s awesome to be going back, and I look forward to the challenge. I couldn’t ask for a better team and motorcycle, so we’ll go over and do the best we can and enjoy the process!”

The Portuguese round of WorldSBK takes place on 7-9 October, with Alvaro Bautista leading the points following Most.