ASBK duo on the sidelines as series reaches round five of the season. 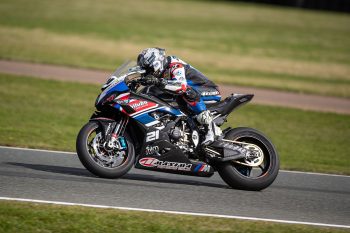 Both Josh Waters and Daniel Falzon will be absent from the Morgan Park round of the 2022 Mi-Bike Australian Superbike Championship (ASBK) this weekend following late withdrawals.

Three-time champion Waters announced this afternoon that he surprisingly won’t be on the grid at round five, but didn’t specify an exact reason for his decision.

However, tension between Waters and the Maxima BMW team operated by Next Gen Motorsports was evident at Hidden Valley in June and it’s unclear if he intends to return. Waters is currently tied for fifth in points following four rounds aboard the M 1000 RR.

“In what was undoubtedly the most difficult decision to make, unfortunately I will not be racing this weekend for round five of the ASBK at Morgan Park Raceway,” stated 35-year-old Waters.

“I’m sorry to all of my sponsors and to those who have helped me get to this point of the season in 2022. I am very grateful for all of the support my personal sponsors have given me this year – this season wouldn’t have been possible without them!”

The Next Gen team had expected Waters to line-up this weekend after taking part in the recent test at Morgan Park, in addition to an outing at The Bend in recent weeks. Team owner Shane Kinderis was notified of Waters’ decision yesterday and he hasn’t ruled out continuing together at Phillip Island in November.

South Australian privateer Falzon, meanwhile, has endured ongoing pain from his injuries sustained at The Bend last season and has opted to undergo further rehabilitation ahead of the final portion of the year. He’s currently P9 in points.

“Unfortunately we will not be competing at round five of ASBK this weekend at Morgan Park,” he explained. “This decision doesn’t come lightly considering the huge efforts we went to for round two earlier this year!

“However, since Darwin I’ve been having extensive investigations for ongoing injury pain from my accident in December last year. A recent MRI on my lower back showed some minor concerns and could be the cause of pain I’m experiencing.

“Under advice we have elected to forgo this round to buy us three solid months of rehab in the hope that these issues don’t impact my career going forward. We have full intentions of competing at the following round in Phillip Island with WorldSBK and finishing up the year at The Bend. Thanks to our team partners for their understanding.”