Lytras continues form on Saturday with P1 on the Supersport grid. 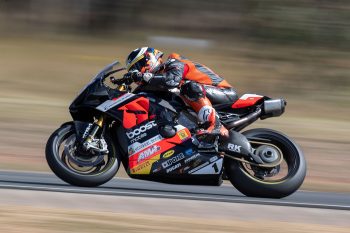 Maxwell’s benchmark of 1m12.562s eclipsed the previous record of Mike Jones set in 2019 and was almost half a second clear of his nearest rival this afternoon.

Second on the grid will be current points-leader Jones (Yamaha Racing Team) as the only other rider in the 12s, but 0.414s outside of Maxwell. Completing the front row tomorrow will be another Yamaha in Cru Halliday, whose 1m13.138s edged out Lachlan Epis (BMW Alliance) for position.

Lining up fifth is Troy Herfoss (Penrite Honda Racing), in turn ahead of DesmoSport Ducati pair Bryan Staring and Broc Pearson, who – like Epis – also transferred via Q1 and has been impressive first time out with the team throughout the weekend so far.

Epis, Pearson and Matt Walters (Kawasaki Connection) had all of their times erased following timed practice for the use of unmarked tyres during the session. Walters will start out of P13 after he missed a Q2 transfer altogether in the end. 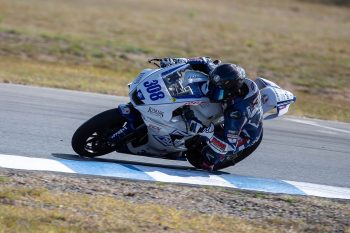 The Supersport category saw John Lytras (Yamaha) claim pole position with a 1m15.534s, albeit almost a full second outside of Cru Halliday’s existing qualifying record of 1m14.609s set back in 2018.

Lytras was three-tenths ahead of Ty Lynch (Yamaha) and a further 1.2s ahead of Tom Bramich (Yamaha) to fill the front row. Fourth came Jake Farnsworth (Yamaha), with Mitch Kuhne (Yamaha) fifth on the grid.

The Supersport 300 pole position belonged to Taiyo Aksu (Yamaha) and he also inched to the opening race win of the weekend, while in the R3 Cup it was Cameron Dunker who took pole before Aksu won the race and the Oceania Junior Cup qualifier was led by Levi Russo, with Harrison Watts winning race one. 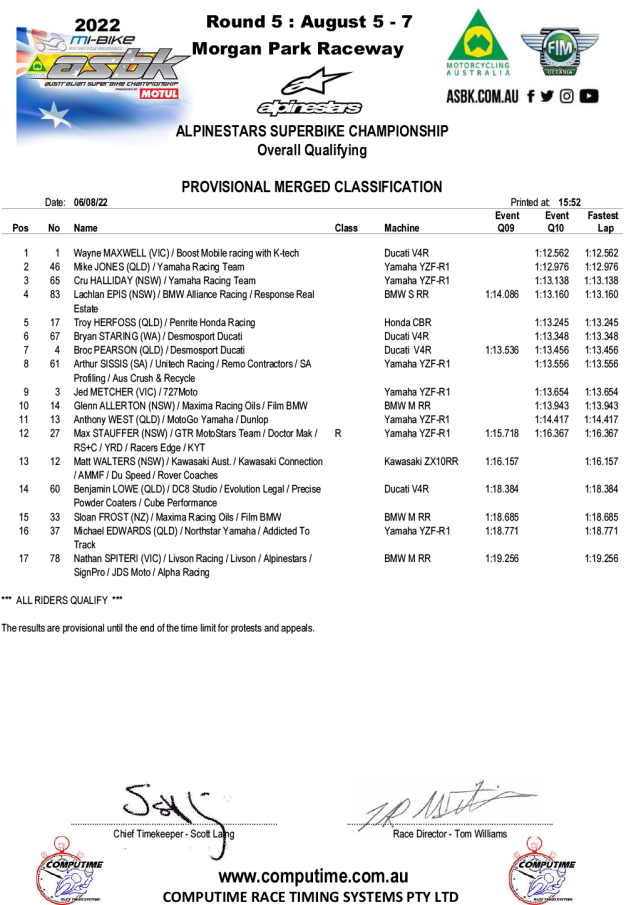 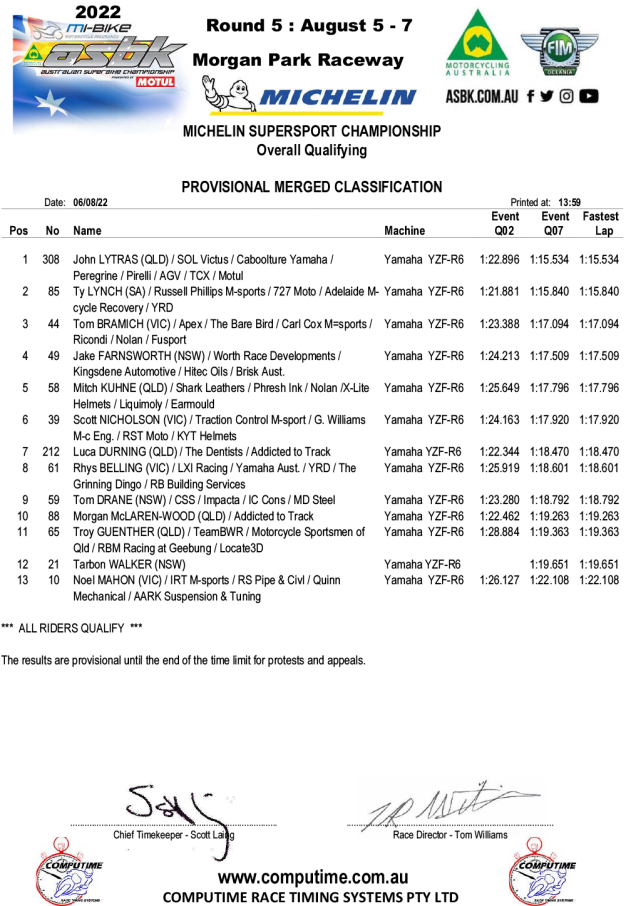 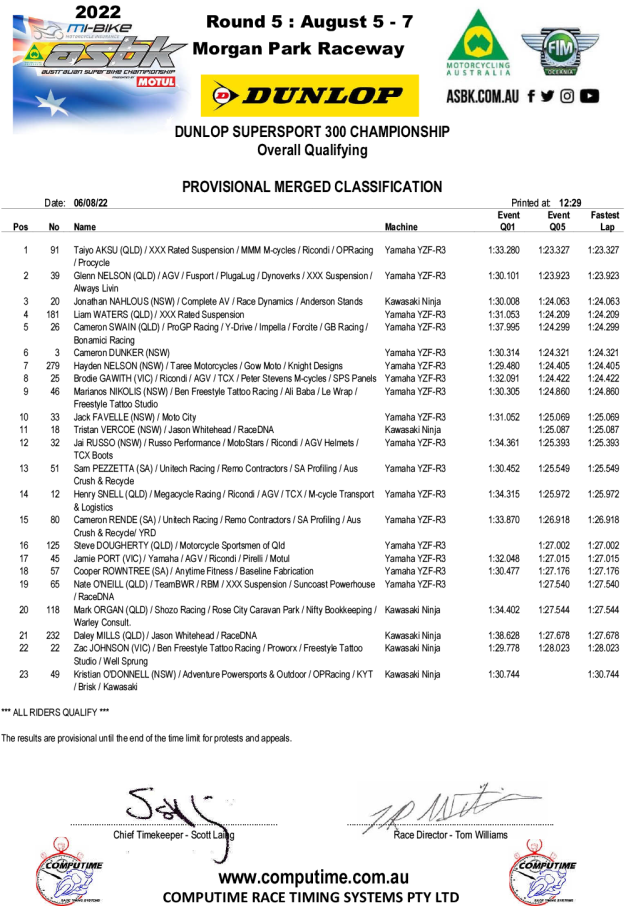 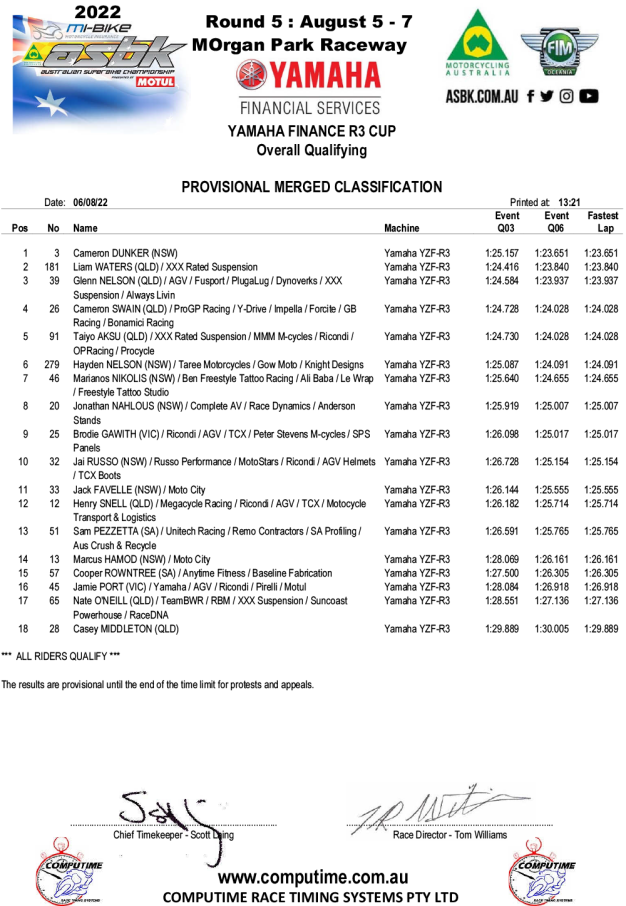 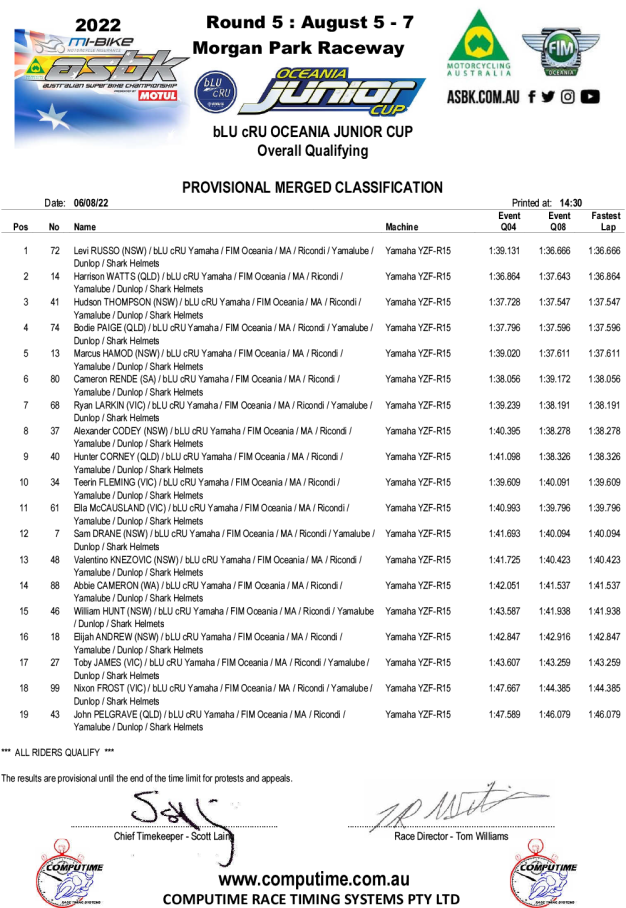