MotoOnline.com.au brings you your weekly update on the world of racing from the inside - straight from some of the greatest the sources in motorcycling.

MOTOGP
The MotoGP World Championship fires back into life this weekend at the famed Indianapolis Motor Speedway in the United States, where Valentino Rossi and co will be hoping that the hurricane that spoiled last year’s race will be nowhere to be seen this time around.

But while so many are hoping that the series’ second visit to the venue will be much kinder from mother nature, the off-track action behind the scenes will be on the rev-limiter.

The big question is will, or will not, Jorge Lorenzo take the plunge and sign on the dotted line for a lucrative figure from Ducati Corse to ride on the factory Ducati Marlboro Team?

If European press reports are to be believed (and they are usually very close to spot on), Lorenzo could very well be signed and sealed before the weekend begins, but whether or not it’ll be announced is a whole other story.

Many in the paddock will be hoping the Lorenzo deal is done very soon though (either with Yamaha or Ducati), because there are a few very nervous riders awaiting their destinies at the same point in time.

Let’s weigh up the possibilities of Lorenzo’s future.

Lorenzo to Ducati: A brave move, and one that could either boost or sink his career. At least he’ll be a very rich man on the way down if all does go wrong. In saying that, he’ll be a hero if he does do the deed.

Lorenzo stays at Yamaha: The ‘smart’ move that would see him eventually become king once Rossi retires, but would Jorge want that?

But we must ask where Casey Stoner sits in all of this? Surely Ducati offering Lorenzo a higher-paying contract would have to severely ruffle his feathers, which is a real shame for the manufacturer’s only ever MotoGP World Champion.

I’m not even going to go in the possibilities of other riders depending where Lorenzo goes, because once he does decide his future then I have a feeling many seats are going to settle extremely quickly.

In non-silly season news for MotoGP, it’s expected that this weekend will see a decision made on the future of the premier class. As we’ve reported on earlier, the chance of manufacturers leasing engines for teams to mount in their own chassis is rather high on the agenda, but this really isn’t going to boost entry numbers I don’t believe.

It’s going to be expensive and teams are going to have very little chance of winning, but if there is a set of systems put in place to make these teams have their own championship (or Cup) within the series then it may work out afterall.

Firstly the rule needs the support of the manufacturers, and at this point I’ve already read that Honda would prefer to continue leasing full motorcycles rather than engines only.

MOTO2
The Moto2 World Championship that’s to be introduced next season is gaining steam, with teams slowly forming and aligning with riders to make their bid at the world title in 2010.

A constant name thrown into the fold is World Supersport star Cal Crutchlow, who is said to have the option of joining the Gresini Racing team or even a Tech 3 entry.

Crutchlow has been in great form so far this year for Yamaha in WSS, and it would be a real low-blow for the WSBK series to lose one of its premier stars to Moto2 in its first year of competition.

It looks as though Aprilia is staying in the Moto2 class with a few official entrants, offering up to four teams chassis to use with the Honda control engine.

WORLD SUPERBIKE
Crutchlow isn’t only a very popular rider in Moto2 right now, but also in WSBK as he’s said to have an official factory Yamaha deal on the table to ride a YZF-R1 next season.

The thing is, for Crutchlow to enter WSBK with Yamaha, either Ben Spies or Tom Sykes are going to have to move on. We all know Spies is worthy of keeping his spot and Sykes has done a formidable job only to be overshadowed by Spies, but if I had to make a prediction right this second then I’d say Big Ben is closer to a Grand Prix deal than we’re lead to believe.

Apart from that you can expect Noriyuki Haga and Michel Fabrizio to stay at Ducati, at least Max Biaggi to stay at Aprilia (another that that wants Crutchlow), and hopefully Broc Parkes will stay at Kawasaki for another year.

Alstare Suzuki and Ten Kate Honda are where I’d like to see some changes, with both Max Neukirchner and Jonathan Rea seemingly the only two riders with any glowing futures in those camps.

In my eyes, those are the two teams that we’ll see some riders from MotoGP step down to, but let’s hope they are competitive enough to really put the GSX-R and CBR up where they belong.

AUSTRALIAN SUPERBIKE
I’d say that most people have been watching ONE HD and Network Ten’s coverage of the Woodstock Bourbon Australian Superbike Championship pretty closely, and I must say that Eastern Creek’s round was yet another step in the right direction.

After attending all of the rounds this year and applauding them as things continue to rise, I’ve kind of been feeing that the television coverage has lacked the ‘feel’ of the events when being there.

Eastern Creek was a great improver in this area as the coverage captured the on-track action and a lot of the off-track flare, which mustn’t be an easy thing to do.

Commentator Greg Rust was at the Creek on race day and this made a great difference to the commentary I believe, so hopefully as the rounds roll on we can see Rusty and Daryl Beattie at as many rounds as their heavy schedules allow.

Mallala is on this weekend and it’s set to be yet another close-fought battle, namely between series leader Glenn Allerton and Josh Waters, but I sense that Shawn Giles and the Yamaha Racing Team may just come up with a few surprises this weekend – as will Wayne Maxwell when the series revisits Phillip Island.

We haven’t had much ASBK silly season talk at this point in the season simply because we’ve been waiting for 2009 to get underway first before we even think about next year, but it certainly will be interesting on many notes.

Will Allerton make the trek overseas? May Waters stay to build up his Superbike knowledge for another year? Might Giles retire? Is a return of Jason O’Halloran or Russell Holland on the cards? Can we expect Bryan Staring to step up to the Superbike class? And so on.

There are so many variables that could happen, so it’s time for us to start putting our ears to the ground so we can begin to predict the futures of the ASBK class of 2010.

AMERICAN MOTOCROSS
Australia’s very won Chad Reed wrapped up the 2009 American AMA Motocross Championship at Budds Creek last weekend, finally completing his career if his words are to be believed after the race.

It’s been an epic return to the outdoor series for Reedy this year and he’ll be absolutely pumped to nail the outdoor crown after sitting out two seasons, so it will be interesting to see how he copes and if he’ll continue on to defend his title next year.

We’re hearing that both Jake and Matt Moss will be Troy Lee Designs Honda mounted next year, which will be great news for the Aussie twins if the deals are sealed.

Jake is currently finishing out the season with the factory Monster Energy Kawasaki team in AMA Motocross, but he seems happy enough in staying at TLD for another year if that’s what’s in his future.

The Aussie contingent has been doing exceptionally well in the outdoors with Reedy, Mossy, Michael Byrne and Brett Metcalfe (and Dan Reardon before he was injured), so lets hope they can finish out the year on a strong note before Reed, Byrne and Metty go an win us the Motocross of Nations crown!

AUSTRALIAN SUPERCROSS
Are you amped for Super X yet? We certainly are, but there’s a very difficult decision that’s coming up! Do we go to all of the rounds and enjoy it live, or watch from home and still capture the action as it happens? We’re not sure yet, but you can bet we’ll be bringing as much up-to-date action as we possibly can right here on MotoOnline.com.au.

Whispers around the Australian motocross pits continue to swirl that Reed will only be doing selected rounds, despite being committed to all, but it must be said that there’s no real substance behind these rumours until officially confirmed by the Reed camp.

You couldn’t blame him for only contesting select rounds if that’s what he chooses to do, and I think I’d personally love to see our local guys fighting for the title while Reed came in to give them a bit of a lesson every so often. If you ask me though, he’ll be there.

One thing that is a little concerning though is the lack of internationals confirmed to be coming. We’ve heard many stories of many riders coming, so let’s hurry up and get these answered. Will the Alessis be coming, or Langston, or anybody else?

Reed, James Stewart and Jeremy McGrath are great star power to have, but I’d still like to see how Jay Marmont and co stack up against the likes of Mike Alessi, Ivan Tedesco, and even Jason Lawrence on home soil.

Out of our Aussies overseas, Jake Moss is speculated to be coming back on any team as long as he can wear his TLD gear, while it’s simply not known if Byrne, Reardon or Metty will be coming. It would be cool to see them line up, but we also have to remember that the Aussie teams only have so much equipment and so big of a budget.

That’s all for this week!

Note: After this was completed it was confirmed that Lorenzo will be remaining at Yamaha. Also, there are no images today due to a technical issue while on the road. 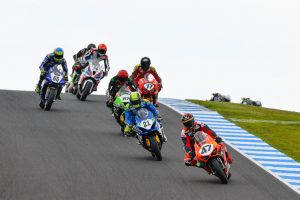