CycleOnline.com.au previews the MotoGP season and looks back at last weekend's FX-Superbike opener.

Hey there guys, and welcome to our first ever road specific ‘Cycle Insider’ column, which stems from the ever popular Racing Insider column that we formerly featured when all our road content was on MotoOnline.com.au.

The content will basically remain the same despite the name change, although there’s a good chance we’ll pick up a few contributors along the way shortly to give a well-rounded insight into the sport. For now though, it’s all systems go as usual! 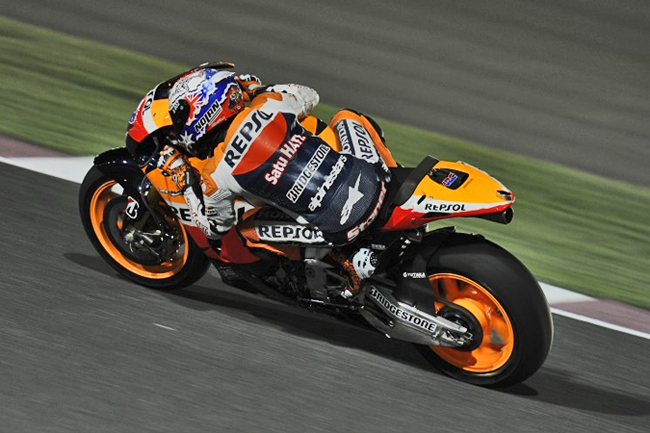 Aussie Casey Stoner enters the 2011 MotoGP series as title favourite with Repsol Honda, using an all-new transmission system that could boost him to the W come Sunday.

MotoGP
Qatar will host the opening round of the MotoGP World Championship this weekend, marking the beginning of the end for the 800cc era in some ways as the series gets set to revert to 1000cc engines in 2012.

Australia’s Casey Stoner has to be entering the season as pre-favourite considering his magical form since joining Repsol Honda, and this really is HRC’s final opportunity to gain a title with the RC212V (can you believe that?) in the 800cc era.

Honda has come out with all systems firing this year, armed with a special transmission that’s said to save the factory guys up to a second a lap, and the word is from Qatar’s test this week that it’s absolutely amazing to listen to when the riders are exiting turns.

I’m sure Stoner’s teammate Dani Pedrosa will be fast, and fellow Honda riders like Andrea Dovizioso, Marco Simoncelli and Hiroshi Aoyama have all shown signs of speed at certain times in the pre-season.

Yamaha’s factory pairing of world champion Jorge Lorenzo and Ben Spies has been intriguing, with Spies so far managing to upstage his more fancied teammate more times than not since replacing Vale Rossi.

Speaking of Rossi, he and teammate Nicky Hayden had a few crashes at Qatar this week, shrugging them off as small incidents but nonetheless a concerning factory considering Stoner’s recent history aboard the Desmosedici.

Part of me feels as though Ducati is already placing its eggs in next year’s basket as the Italians are said to be hard at work on building the GP12, and indications are that it’ll be on track at Mugello this month!

Yamaha has beaten Ducati to the punch though – and everybody else for that matter – already testing with Japanese riders at Fukuroi.

Honda is already obviously well into development of its 1000cc, while unfortunately for Suzuki, it’s reported that they are still waiting on confirmation that they’ll even be in MotoGP next season. Lets hope BMW or Aprilia are considering an entry in that case…

Either way, I’m excited for this weekend and I’ll honestly say it’s snuck up on me. There’s nothing like the moment when the lights go out and the BS stops, finally giving us some race action to report on in the world of GP racing once again.

Before we switch topics, in case you missed it in our news section, young South Australian Arthur Sissis was fastest in Red Bull MotoGP Rookies Cup testing in Portugal earlier this week. Has Australia already got the next Casey Stoner waiting in the wings? I think we might!

Also announced this week was that Wayne Gardner’s 13-year-old son Remi will be competing in Spain this year. I’m interested to see how the young Gardner adapts to racing in Europe, sure to be one to watch over the next three years or so I’d say.

This afternoon we put up a topic in the Forum seeing if any of our visitors are interested in a MotoGP Fantasy League to be run this year. If you are, let us know by registering your interest and we’ll get one up and running by the weekend!

Formula Xtreme
The opening round of Formula Xtreme was run and won last weekend at Eastern Creek, a controversy-filled affair that saw Dan Stauffer win in his debut for DGS Ducati before having it taken away when his team opted to withdraw their entry following the proceedings.

The official line is that it was because of rule misinterpretations, but what we’re hearing this week is that team owner Michael Fraser feels hard done by and will be taking his team and Stauffer to the ASBK in the Superbike class for the rest of the year.

It’s my understanding that sponsorship dollars are currently being sought, as is clarification on the series regulations from IEG, and then we’ll see Dan back in the ASBK alongside younger brother Jamie.

On one hand it’s positive to see additional riders back in the Superbike ranks, especially a Ducati since Beau Beaton left our shores recently to campaign a BMW in European Superstock, but on the other it’s a shame that it had to happen the way it did. 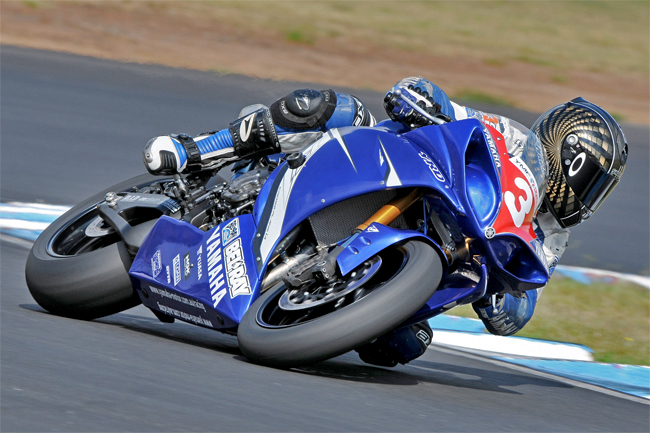 Some teams are suggesting YRT has an unfair advantage in FX-Superbike since Yamaha sponsors the series - a hard scenario to believe. Image: Keith Muir.

A few FX-Superbike teams have suggested this week that they felt Yamaha’s sponsorship of the series was favouring the YRT effort when it came to inspecting the bikes, but to be honest I don’t really see that series promoter Terry O’Neill (or Yamaha for that matter) would blatantly let that happen.

Yamaha is one of the great supporters of Australian motorcycle racing in general, so to suggest any major favours for their factory team since they are the series sponsor just doesn’t make sense to me.

Besides, it wasn’t that long ago that Yamaha held the naming rights of MA’s Superbike series, and they still do sponsor series such as the Australian Off Road Championship and Australian 4 Day Enduro to name a couple.

I’ll admit that I wasn’t there on the weekend, however it’s really not in the interests of the sport or anybody involved to have a corrupt series as many are suggesting.

Despite all the controversy I’m hearing it was a good event on track and I truly believe that we are starting to see the next rising stars in Australian road racing emerge. Guys like Rick Olson, Mike Jones, Cru Halliday, Josh Hook, Dylan Mavin and Aaron Morris are doing great things considering their experience, and I can’t wait to watch them progress.

The interesting thing to note is that Olson, Halliday and Morris all came from a Supermoto background, while Jones, Hook and Mavin are all former junior road race standouts.

They’re already proving they can run with riders like Kevin Curtain, and I believe it is for that very reason that we need to ensure Supermoto and junior road racing remains well supported in this country – no questions asked.

What I did want to make mention of was the performance of Brayden Carr with a podium in FX-Superbike on debut with a BMW S 1000 RR. His younger brother Mitchell has been a revelation in ASBK Supersport aboard a Triumph, and it looks as though Brayden is just as determined for a big year ahead.

That’s about all we have for this week, so thanks for reading and be sure to help us out by spreading the word that road racing and sportsbike coverage is back on the map here at Gobert Media!