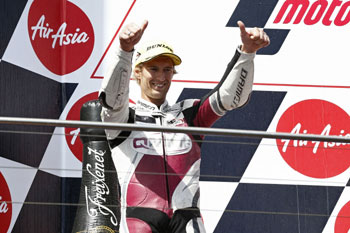 Aussie Anthony West failed a doping test following the French GP in May.

Following FIM anti-doping controls carried out during the FIM Road Racing World Championship Grand Prix meeting held in Le Mans (FRA), one of the samples was found not in accordance with the FIM Anti-Doping Code.

Following the hearing of the rider, the CDI decided to disqualify West from the French round of the 2012 FIM Moto2 World Championship, held on 20 May in Le Mans.

An appeal may be lodged with the International Tribunal of Appeal (TIA) within five days as from the notification of the decision.