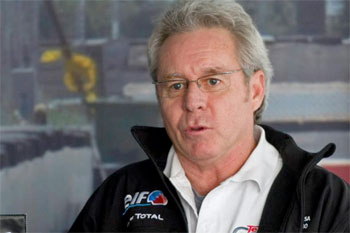 Wayne Gardner has sold his Wollongong-based import and distribution business.

Based in Wollongong, NSW, WGE has been in operation since 1981. Gardner’s family built the business up over a 30 year period while Wayne was motorcycle racing overseas. In 2002 Wayne took over the reins of the business after retiring from racing GT sports cars.

In January 2012 Wayne has relocated his family to Spain in order for his sons Remy and Luca to pursue their race careers. His absence from the business during this time has proved difficult, and therefore GAS’s approach was very timely.

“This has been a tough decision, however I believe it is a very positive one for our customers, staff, suppliers and myself,” said Gardner. “Being so far away from the day to day operations of the business has made it very hard for me and my staff to effectively manage the business.

“I’m sad to leave such an important part of my life behind, but my focus in now on my kids and providing them with the best opportunity I possibly can.

“The support we’ve experienced from the industry over the many years of operation has been tremendous, and I hope the trade and consumers will continue to support the products we’ve proudly introduced and nurtured into the Australian market.”

With the acquisition of current WEG product lines and a New South Wales distribution location to complement its existing Victorian and Queensland operations, GAS Imports is looking to better service its customers Australia wide.