Australian motorsport icon passes away at age 66 after heart problems. 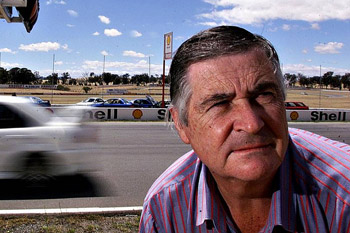 Mick Ronke’s contribution to motorsport was unparalleled and he will be remembered as an icon in the tight-knit community. Image: Border Mail.

Australia’s motorsport community is mourning the loss of Mick Ronke, a tireless contributor best known for his long-standing role as CEO of Winton Motor Raceway.

Ronke, aged 66, was surrounded by family as he passed away on Monday night after suffering heart problems.

The Ronke family name is synonymous with the regional Victorian circuit where Mick worked from the age of 18.

Ronke’s passion and vision helped to ensure the growth and development of the circuit, making it accessible to club level racers right through to the top-tier touring car categories and two-wheel championships.

He was also the chief executive of the Wakefield Park facility, which similarly flourished under his foresight.

As favourite and frequented tracks for motorcycle racers, the loss will be felt by riders far and wide.

The Australasian Superbike Company’s Terry O’Neill paid fitting tribute to Ronke on the series’ official website, remembering a simple man who gave everything he had to motorsport.

“To say he was very focused on doing the right thing and growing motorsport, whether it be on four, six or two wheels would be an understatement,” wrote O’Neill. “One often hears of someone being described as a visionary, my experience says few people deserve that title.

“Mick is one of those who does deserve the title of visionary, he understood all aspects of motorsport and was prepared to introduce far sighted changes that have and will continue to reshape motorsport in this country for the better for a long time to come.

“His whole life was focused on achieving the betterment of motorsport and to that end his legacy will live on, of that I have no doubt.”

Ronke played an integral role in his membership of Australian Road and Track Rider Promotions (ARTRP) which is a partner organisation consisting of Winton Raceway, Wakefield Park Raceway and Eastern Creek Raceway, along with O’Neill’s Australasian Superbike Company and television production company AVE TV. Ronke was also the  president of the AASA sanctioning body, which sanctions FX events.