YRT's Rick Olson talks through a busy yet fruitful weekend at Wakefield Park.

CycleOnline.com.au speaks to the Yamaha Racing Team’s Rick Olson about a winning weekend at Wakefield Park and finds out more about his title hopes, his closest competitors and his credentialed teammates. 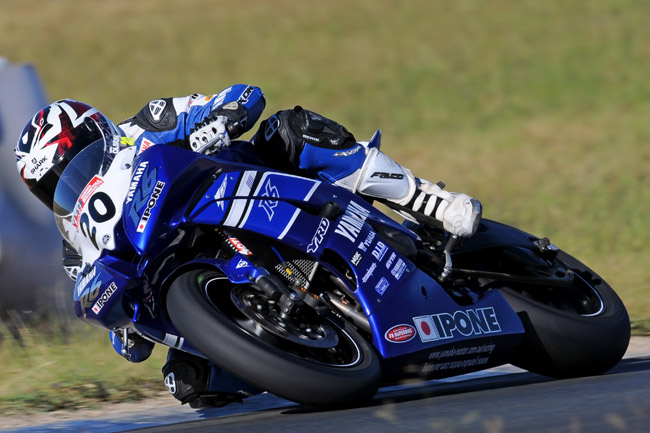 You race the two different programs across the course of the weekend, beginning with the FX-Nationals on the Saturday? Were you happy with your start to the event?

The weekend started off really well, I was able to get up to speed pretty quickly. Sometimes it takes a while, but in the 600s I was pretty much there from the start. In the 1000s I just couldn’t get the starts. Sometimes you need that bit of time to get through to the front and by then the leaders are long gone. But overall the 600 was a good day, and I would have liked to have gone a bit better on the 1000.

Does the extra track time, especially those additional races, allow you to really refine the bike ahead of the FX-Superbike races on Sunday?

I think it was maybe the second race on Saturday that we made our last real change for the weekend. The bike was going pretty well from the Friday afternoon, we made a few changes on Saturday and then just settled on that setup from there.

You swept the FX-600 races on Sunday, which must be considered a perfect result. You’re obviously comfortable on the bike, is it just a case of making a clean start and then focusing on building a lead?

The Sunday 600 races were really good, the only thing was the starts, they were hurting me a bit. Once I got through to the front I got a nice comfortable gap. I was able to get settled and the bike was really working well. I could ride it at a good pace, get the gap and still be comfortable. To ride and be able to not make any mistakes is always the aim. 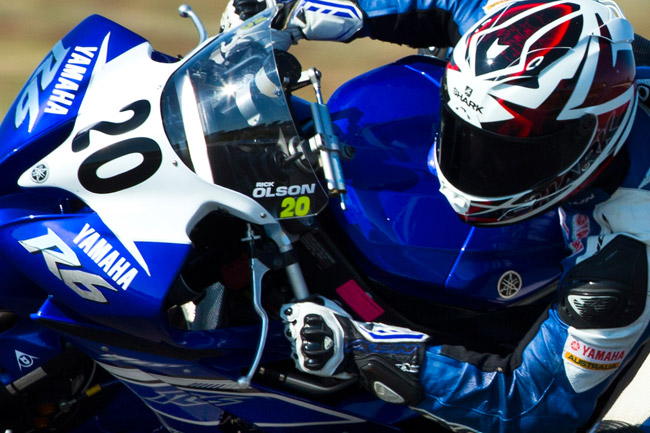 Olson is a leading hand on the Yamaha R6 and is tough to beat at any track. Image: Brian Dyer.

Cru Halliday is one rider who probably puts the most pressure on you. You’re both on the factory R6 package – is it good to have a guy like that to race against?

He’s the guy that’s always right there, the closest challenger. He banged himself up with a bit of a high-side early in the weekend which probably didn’t help his cause too much. I couldn’t relax though, I never really knew when he’d be there. He’s obviously fighting for every point and he did a pretty good job there considering he was injured.

Talk us through your FX-Superbike races for the Sunday. How did you fare and is it difficult to be constantly switching bikes over the course of a day?

I was pretty happy with my day on the Superbike. In that class you’ve obviously got another few guys up ahead running that top pace. My starts were a little better than Saturday but once I actually caught up those guys it was hard to get to the front or get away, that’s next to impossible when you’re racing them.

I’m used to switching bikes now. The first few times I did it took a little getting used to. Even at Eastern Creek, a track I know pretty well, I took until the last race of the weekend to really get my head around it. But since then it hasn’t been a problem. The track time is an advantage, obviously, but riding both the Superbike and the 600 helps with both bikes, you’re learning different things from one bike and able to use them to a point on the other.

What’s it like being a teammate to guys like Kevin Curtain and Broc Parkes? Do you feel like it helps to make you a better racer?

Definitely. I’ve been with the team for a while now and got to race Curtain in the 600s initially. I learnt a lot from him, if anything he probably dragged me along and took me to another level. To stay within the team with him means I’m always learning. He’s made me into a better rider, making me work that little bit harder. Having Broc there is similar. When he’s on the money he is fast and impossible to beat. They are both used to being in situations where you ride at one hundred and ten percent the whole race. That can only help me.