Mladin hints at FX-500 opportunity with Next Gen alongside Allerton 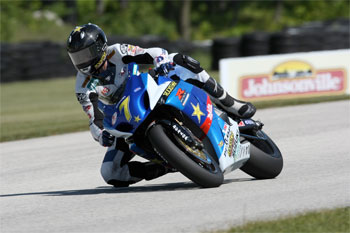 AMA Superbike legend and Aussie, Mat Mladin, has entered the frame to team up with Next Gen Motorsports’ Glenn Allerton for the FX-Superbike FX-500 at Sydney Motorsport Park on 16 November.

The most successful rider in American Superbike history, Mladin retired from competition after winning his seventh title in 2009, and, until recently, had set aside riding to focus on other pursuits.

Mladin has confirmed to American publication CycleNews.com that Allerton put the question of teaming up for the 500-kilometre endurance race to him, arranging a test for the 41-year-old aboard the Australian Superbike Championship (ASBK) leader’s BMW Superbike.

Mladin is scheduled to test with Next Gen Motorsports at Sydney Motorsport Park on 20 June, four days after the team contests the third round of the ASBK at Queensland Raceway.

The 1992 Australian Superbike Champion’s last competitive outing came at Eastern Creek in 2002 during a guest appearance at a Formula Xtreme round, however his US Yoshimura Suzuki team took part in a multiple-day test at the venue in 2006.