Next Gen Motorsports Glenn Allerton fills us in on his win at the inaugural ARRC.

Next Gen Motorsports rider Glenn Allerton topped off the 2013 season with a domination of the one-off Australasian Road Racing Championships (ARRC) at Phillip Island, run alongside the V8 Supercars.

CycleOnline.com.au spoke with Allerton regarding the recent 2+4 event and to see what the dual Australian Superbike Champion has in store for 2014. 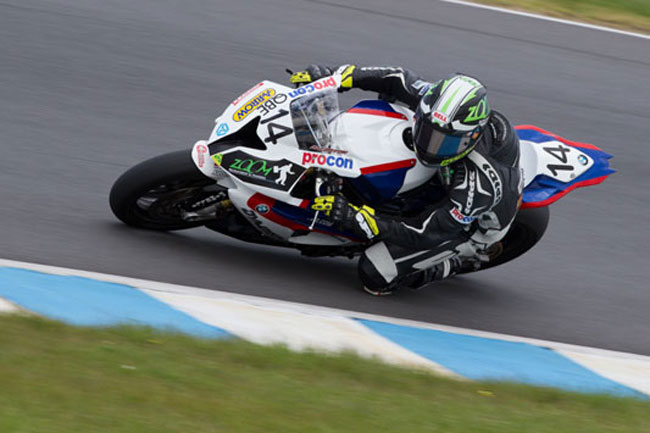 You dominated the Australasian Road Racing Championships (ARRC) at Phillip Island, what’s it like racing at 2+4 events and are you well received by the crowd?

It was a really good atmosphere, it was a little disappointing with the amount of riders competing and the event, but we were well received. The crowd walked past and were really friendly, they asked about our bikes and on the Friday the local schools came out which was really good.

Its no doubt the V8 Supercars is the premier motorsport category in Australia so it gives us a great opportunity to showcase our bikes to the public, while it also be very beneficial for the sponsors and teams.

Due to the uncertainty of the event both Team Honda Racing and Team Suzuki did not budget for it. Did Next Gen Motorsports consider pulling out or not racing at the event at all?

Our team didn’t budget for the ARRC, however Next Gen Motorsports owners Wayne [Hepburn] and Nathan [Webb] believed it was in the best interests of the sport as whole to go and put on a show.

I really wanted to go, I’m a racer. I’ll turn up anyway and race, but the team owners did have to dig into their own pockets to compete at this round.

I believe they did the right thing, the numbers made the sport look bad and at one stage it looked like we would not be invited back to support the V8s. On the Sunday Morning I took the CEO of the V8 Supercars for a two-up hot lap, he absolutely loved it and it looks like we will be invited back.

Sure it would have been good to have Team Suzuki and Team Honda there and put on some really good racing, just like we did at the MotoGP and final round of ASBK.

We all know how hard Phillip Island has been on tyres this year, so surely an extra two days of racing had to be beneficial?

Absolutely! You can always change the set-up of the bike and try some new things, we didn’t match the times we were doing there at the MotoGP but we weren’t far off. It was a very productive race meeting, anytime you are on the track is a good thing.

The crowd size was good and it shows motor racing in Australia is alive and healthy; I just hope we can start to get onto mainstream media. 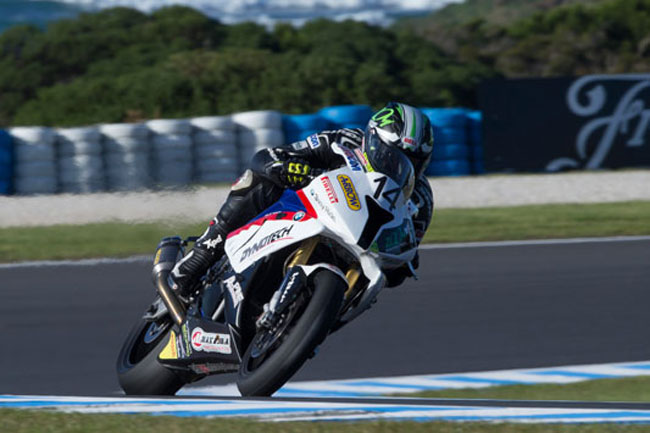 Allerton has hinted that he may head to WSBK. Image: Andrew Gosling/TBG Sport.

Channel 7 was supposed to show the motorbikes, were you made aware that would not be the case?


I kind of had an idea when the numbers were so low and no other main teams entered. When the racing got underway and I was out front all by myself with no one around I think that may of sealed the deal.

It’s a shame, we race all year and haven’t had much TV coverage. Had the others teams turned up we could of out on a really good show for the fans and it would of also been good for all the sponsors that help us out throughout the year.

We have a great sport and we have a lot of talented riders around my age that are no longer racing anymore. It is becoming to hard and expensive for them, guys like Shannon Johnson, Daniel Stauffer and Scott Charlton can all win racers, but don’t compete because our sport is in such a bad shape at the moment.

Australia has a massive talent pool, but is restricted by how much money there is to go, this could be helped by mainstream media.

At the moment next year will be very similar to this year. There will most likely be some WSBK wildcards throughout the year with the main goal of winning an Australian title.

I can say for sure I will definitely be riding for Next Gen Motorsport next year. There is some talk of possibly racing WSBK full-time or maybe just a little bit of everything. Everything will be decided for sure in the next couple of weeks.

The HP4 is a great bike and I am really enjoying everything about my riding at the moment, I can’t wait to get back out there.

Finally, do you think you can regain the ASBK crown?

Definitely, the reality is I had the championship lead till I fell off at the Sydney Motorsport Park round, so we are right in the hunt. I think next year you will find we will have an even better chance of clinching the title.