Queensland teenager Mike Jones returns to the domestic racing scene in 2014 on an all-new bike and with lofty goals.

CycleOnline.com.au caught up with the 1000cc rookie to find out more about his motivation for the change and what he hopes to achieve at the sport’s premier national level. 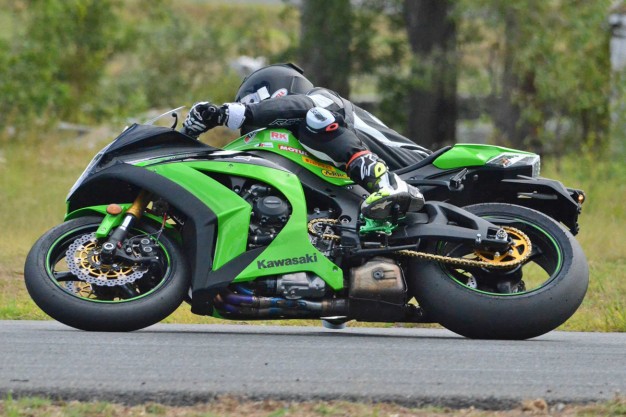 Last week we learned of your plans for 2014, definitely a big step to take. From your social media coverage we can see you’ve had a few days on the bike now, can you bring us up to speed on how it is all progressing for you?

This year’s going to be a big step up, stepping into the 1000cc class and riding the Kawasaki ZX-10 is going to be a step forward. Obviously coming from the 600cc class and making this move I’m going to have to continue developing my skills, and it will take a bit to learn to ride the bike, but I think it’s a move in the right direction. 2014 in particular will be a developmental year, but I’m pretty excited about it really. I’m looking forward to it.

What was it drew you to the Kawasaki superbike? You’ve been synonymous with Yamaha and the 600cc class for so long, was it a matter of wanting to set a new challenge for yourself?

I’d been racing 600s for the last four years or so and in Australia I feel like I was basically at my peak in 2012. Obviously going overseas and racing over there in 2013 was the next step, but basically you need a lot of financial support to take that avenue.

So for me to stay here in Australia and keep moving forward, I thought the next thing to do was to move onto the 1000. Basically it’s just a big motivation boost. If you just keep racing the same bike and doing the same thing, over and over again, it kind of becomes the same. I want something new and I want to push myself against new guys.

12 months ago you were preparing to go into battle versus a huge field of unknown, young riders in a stock 600 class. This year, you’ll be going up against seasoned superbike riders on factory equipment and top-level privateers who have been in the ranks for some time and share numerous championships. What kind of expectations do you have for your maiden season?

It’s going to be good to be racing against the likes of Wayne Maxwell, Glenn Allerton, Kev Curtain and those sorts of guys. They’ve got a lot of experience and it will be a good way for me to gauge where I’m at and keep measuring it against their performance.

In my first year I’m just aiming to develop. I want to be competitive towards the end of the year and then I can be strong to start out the next season. With the small amount of time I’ve already ridden the bike there’s no reason why half-way through the year I can’t be on a reasonable pace. 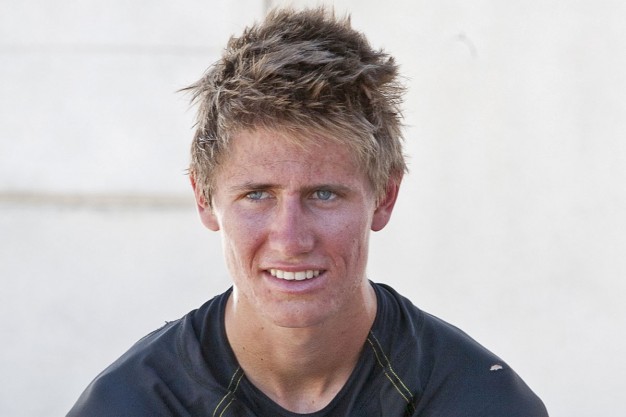 Do you feel the experience on the world stage in 2013 assisted to refine your racecraft and will that be of benefit in 2014?

I think definitely it assisted my racecraft. Where in 2012 I was pretty much just riding out the front with maybe one or two other guys, when I raced in Europe I was mid-pack, in that field.

With the machinery I had and the guys I was riding against it was obviously very fierce there, and riding in a pack of say, 10 riders, you really needed to push yourself and find any competitive advantage. Any position you could make or keep was valuable. It certainly helped, and once I step onto the 1000 I think some of those racecraft improvements should really help me.

Your immediate focus is on a domestic level is detailed, but how hungry are you to get back to racing on an international level?

100 percent. I’m keen to go back to Europe and race there. As a motorcycle racer you want a career in the sport, and you would be looking to race in the world championship and that’s where it happens. I’m kind of looking at it now on the longer scale.

I’ve already tried the opportunity to race there last year, and like I mentioned, the situation over there isn’t good and there’s not really anything to come from it unless you can take a lot of money over there.

If it was to change and riders could be there based on ability, I’d be there for sure. But I’m happy with the plans that have unfolded in front of me here and that’s a challenge I’m really looking forward to right now.

Best of luck for the year to come, we look forward to following your progress!

Cheers, yeah, I can’t wait to get started.