Aussie IDM Supersport standout sounds off on a variety of topics.

Victorian Jed Metcher has made a name for himself as a talented and highly-regarded racer on an international scale.

The 2011 Superstock 600 FIM Cup Champion raced a season within the premier supersport ranks before making the move to the competitive German IDM league, where he has competed for the past two seasons.

CycleOnline.com.au grabbed a number of random thoughts with Jed at home as he looks to firm up his immediate future in the sport. 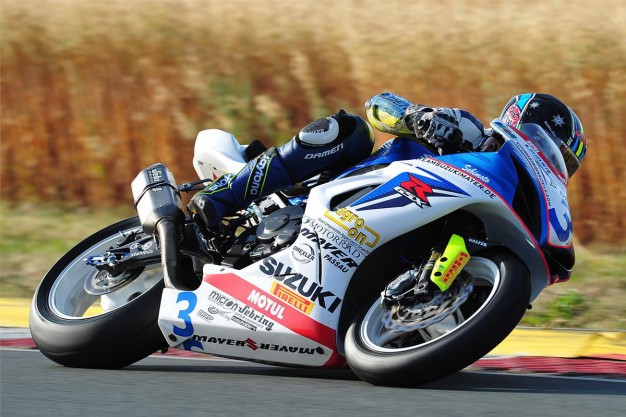 My 2013 season in the IDM Supersport Championship…

The season started pretty tough. We didn’t get a lot of dry testing, which was a bit frustrating. After being on Pirelli for a number of years we made the switch to Dunlop, which was a little bit hard because the front tyre design that Dunlop brought in for 2013 was just not working on the Suzuki. They sort of kept pushing that tyre onto us and because we didn’t get to test it properly we had to go into the race season with it. We lost a fair bit of time there and then we changed onto Pirelli for the second round, which was a lot better.

Round two wasn’t the best round for us again, because we were still in that changing phase, but from then the season got a little better. We had our struggles with the bike setup and performance pretty much all year. We just missed small things here and there and it made it really tough to try and get on the podium. We had a second position at round two, my only podium for the year.

We actually did get stronger towards the end but everyone stepped it up also. The setup changes that we found in Schleiz were probably the highlight of the year, I think I only finished three seconds off first position and was fourth!

Nothing’s concrete. Suzuki want me back on the bike, but I sort of don’t want to do it unless I’m going to get some gains out of it. Last year was pretty tough, mentally and physically. I was pushing the bike a lot and I was crashing pretty much every round, not so much in the races but in the qualifying and stuff, I was on the limit pretty much all the time and I only had one front row start. It was hard to get the bike anywhere towards the front, and that was in the German championship.

In the world championship race I was reluctant to do it, I felt we weren’t at that level, but it is a family-orientated team and it was important for the sponsors to do it. It was nice to be back in the paddock, but the bike just wasn’t developed to the point where we could be competitive.

I really did want to be on a 1000 this year if I was to be back in IDM. But the teams just don’t have the budget. Some guys are paying, some guys have support from the factories. Most of the guys have some kind of support to be there. I’d prefer to be in the domestic championship on a superbike, or the world championship in supersport. But realistically each team needs 250 grand, or up, for each rider, which is not easy to find at all at the moment.

IDM as a leading domestic championship…

Between BSB and IDM there’s nothing else you’d go to, really. BSB is pretty tough, and the tracks are really tough. I think you need to get a few years to be successful there, you don’t just turn up and go fast straight away. The decision to go there spans over a few years. On the other hand the IDM tracks are a lot more European, flowing tracks, rather than the tight British tracks. IDM have a lot of track time, and things are organised very well. The Germans are quite straight-forward and clean-cut, where BSB seems a little bit different. 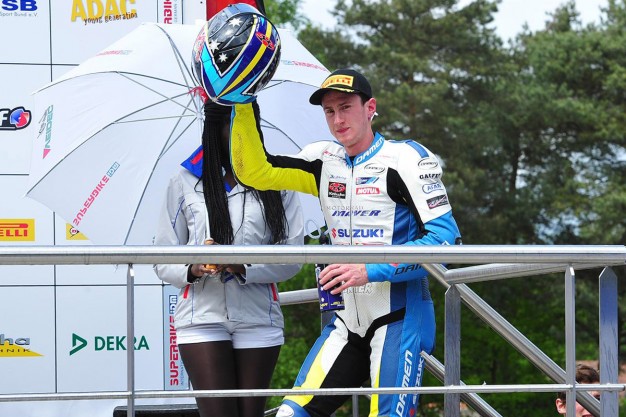 The current state of road racing in Australia…

Obviously it’s not the best situation. Everyone wants to get the two series together, for financial reasons, for entry numbers, for every reason really. I haven’t witnessed an Aussie championship round since 2009, so I’m not sure of the exact state of it all, but talking to the guys it is a bit of a worry. A lot of the young guys don’t really know what is happening. I think when you can get all of the factories back into the one championship it can be a good thing, if it can happen.

The effects of paid rides versus those earned on merit…

It’s almost broken me a few times over the last few years. I almost lost that love for the sport, because it doesn’t seem to matter about form or talent, anymore. I pretty much didn’t get back into World Supersport in 2012 because I didn’t have money. And that was the only reason. I know a lot of teams, and a handful of teams told me they wanted me there, and also in ‘stock 1000, but then people just come along and pay the money and that’s what the team needs to stay afloat.

It’s sad, and it’s also ruining it for top-level riders, who’ve maybe had an off-season or something but still need to be paid because they’ve got a family to support. And they can’t get a ride because they’ve been pushed out by a young guy who turns up with 200 grand. I’m still pretty young, I’m 23, so I can kind of afford to live off my sponsorships, but those guys rely on racing.

My off-seasons spent at home…

I’m labouring for a carpenter at the moment, I do that most of the time when I come back to Australia. I also do a lot of training, I’m doing the program with FitMoto and have been with those guys since the start of last year. I’m one of the athletes they’ve based the camp around, and all of the exercises and diets were sort of tried out with my program throughout 2013. I was there at the camp recently to just back it up and show what we did throughout the year. The program is definitely working well.