'Swann Series' brand returns for the first time since the 1980s. 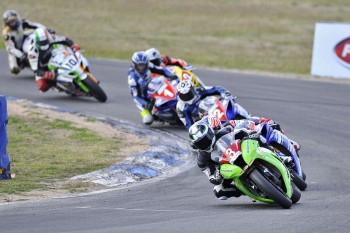 Australian Road and Track Rider Promotions (ARTRP) has revealed that Swann Insurance will be the naming-rights sponsor of the 2014 Australasian Superbike Championship (ASC).

The partnership will see the return of the iconic ‘Swann Series’ brand, making a welcome return to domestic motorcycle road racing.

“In the ’80s Australia had a motorcycle race series that any country would have been proud to have as its own, it was affectionately called the Swann Series,” ARTRP managing director Terry O’Neill said.

“I watched Swann Series races on TV with the likes of Gardner, Magee, Dowson and many other great Aussie legends all going head to head. Step forward to today and once again Australian motorcycle road racing is blessed with an over abundance of great racing talent that provides exciting and close racing like the Swann Series of old.”

“Not since the ’80s has Swann Insurance lent its name to a road race series and we know the importance of this history, so we will be endeavouring to run the biggest and best race series this country has seen since, so once again people will talk affectionately about the Swann Series.”

Paul Ayton, general manager, Swann Insurance said, “Swann Insurance is pleased to become the major naming-rights sponsor for the 2014 Australasian Superbike Championship. This initiative will further strengthen our commitment and involvement to the broader motorcycling community, and we look forward with anticipation to an exciting 2014 racing calendar.”

Round one of the Swann Insurance Australasian Superbike Championship will be held at Wakefield Park Raceway, NSW, on 14-16 March.