Versatile racer reviews a rocky 12 months and looks to the future.

The past 12 months have been a picture of stark contrast for Aussie road racer Damian Cudlin.

Cudlin tasted immense success early before being hit by a spate of bad luck, constantly forced to dust himself off after a run of technical issues and a momentum-halting injury.

His services were called upon within MotoGP, World Superbike and Supersport, opportunities pursued with vigour regardless of the machinery he was required to campaign.

2014 had been shaping up as another prime shot at a World Endurance title before his BMW squad announced its shock departure, leaving him sidelined at a critical stage just prior to the start of a host of racing seasons. 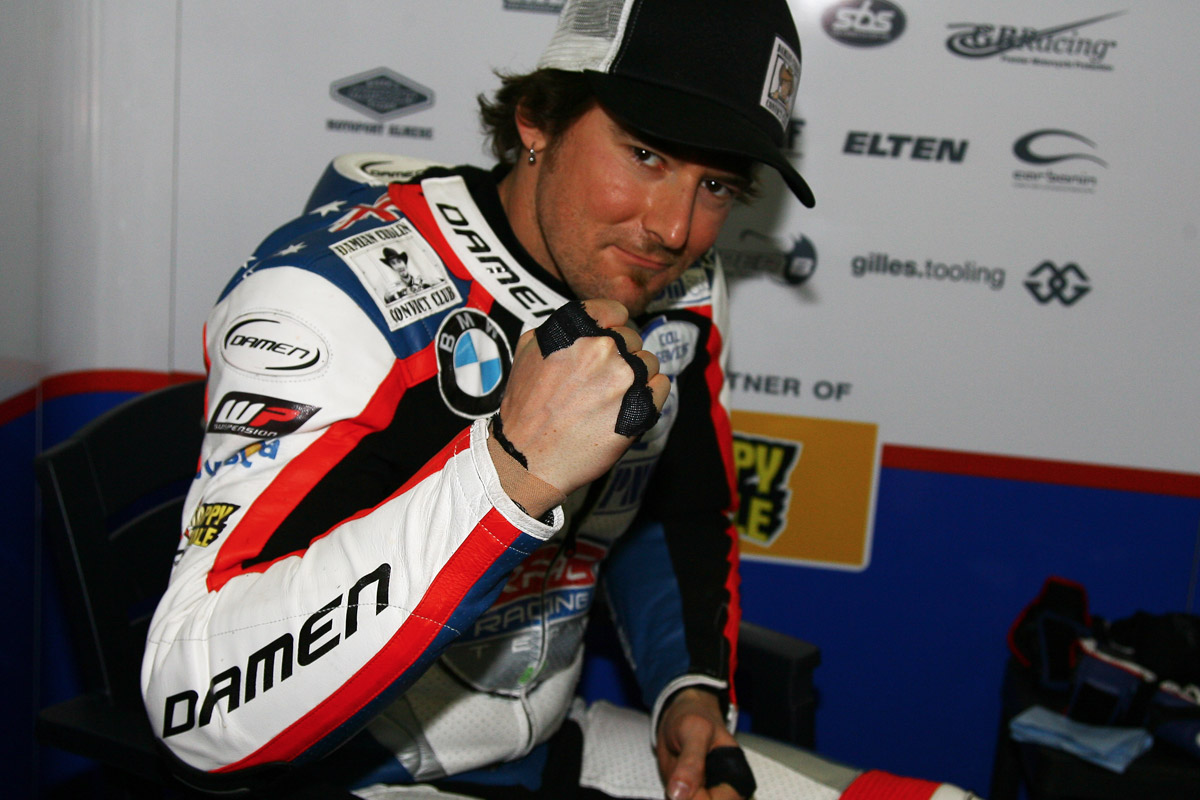 2013 was both a successful and trying year for you on a number of counts. Things certainly started well in the IDM German Superbike Championship and in the initial stages you looked like the one to beat in the series. But it seems like you hit an unfortunate patch of bad luck which seemed to stick for the middle and latter stages. Can you sum up your campaign for us?

I think you pretty much nailed it on the head in the beginning there. It started off as a good year, and we probably should have been celebrating the championship at the end of it. We started it really well. We won the first three rounds and were sort of dominating it, really.

At the Red Bull Ring I suffered a brake failure there which resulted in a pretty heavy crash, and from that point on it seemed as though everything spiralled out of control, with one technical problem after another, faults, failures and so on. We had six DNFs in the championship which is the equivalent of three complete rounds.

It’s hard to overcome a deficit like that, I think that was the end of our run. We were almost 60 points ahead at one stage and to slip back so far was a bit of a shame, but that’s the way it goes, it just slipped through our fingers.

It was certainly a busy year for you. Aside from your commitments in the German series, plus your ride in the Endurance World Championship, you found your services called upon by a number of top teams within the ranks of MotoGP, World Superbike and World Supersport, who needed a capable pilot to fill in for injured riders. That must surely be a feather in your cap?

Yeah, well in the past I have done these one-off rides. At times they’ve been really successful. I remember a stand-in ride at the German [Moto2] Grand Prix in 2010 where I was able to finish seventh. At the time it was the best result the team had achieved at that point, and I think it was one of those one-off appearances that really did do me a bunch of favours.

But on the other hand they can be a risk as well. You’ve got a lot to do in a short space of time, and you have to really adapt to the bike and the team very quickly. It doesn’t always gel so well.

One example of that was the World Supersport ride I did last year with PTR. That was just a disaster from the first session and through the whole weekend. It was just one of those things where the bike wasn’t competitive, and I just didn’t get on too well with it.

As a professional rider, you need to be willing to put your hand up and have a go at these things. The ones that have worked out have got me a few good jobs over the next few years. There’s risks in taking them, but a lot of reward in getting them right.

We recently learned of the team you raced with in the Endurance World Championship, the factory-backed BMW effort, pulling out of the series in 2014. Where does this leave you in terms of your plans for the racing season?

It’s a really difficult question to answer. Last year was a really strange one. It started out really well and we were dominating the first bit of the season in IDM, and even the team I raced with in the Endurance World Championship was going well. I did three tests at Suzuka and ended up topping the times there but had another brake failure and broke my leg.

I had to come back from that as well, and we finished second in the following round though I wasn’t fully recovered. I felt as though I was riding the best I had ridden but I wasn’t really getting the results I deserved so I was looking for other opportunities there. 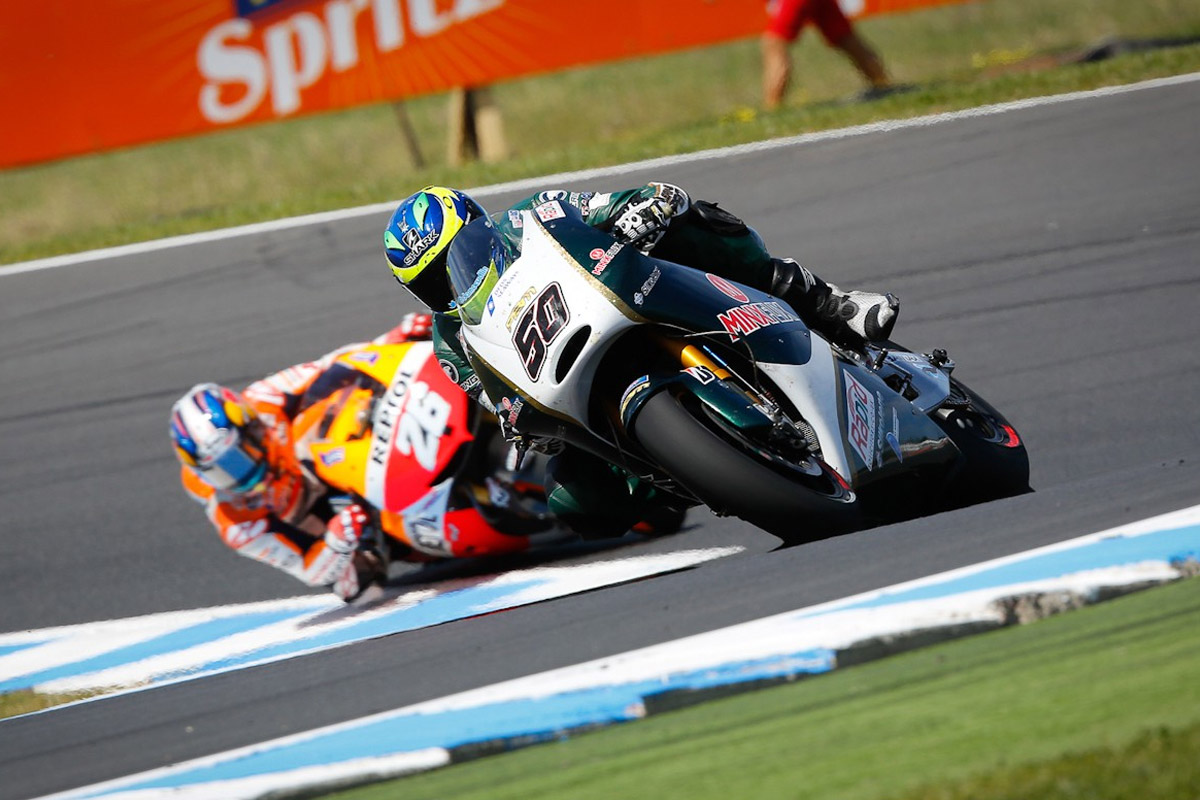 That’s why when the MotoGP opportunity came up I knew I needed to give it a crack. I knew the bike wasn’t the most competitive out there and things would be tough, but I wasn’t particularly happy with the IDM situation and all of the bad luck there so that’s why I was willing to give this a go. I had a bit of bad luck with that as well – I did five rounds, and had three technical failures, so that was a tough string of events as well.

This year I felt that the ride in the Endurance World Championship was the most solid thing for me to do, I felt like that was the team most likely to give me a bike I could win on, and try to win the EWC. That was the main priority for me. I was deep in negotiations with them in terms of the contract but at the last minute it seemed like BMW pulled that budget away and now it’s a very late stage to be trying to find a competitive team to counter that.

I’ve been riding in this championship for a fair while now, and been pretty successful. I think I’ve been one of the main riders in that championship and I feel like I bring a certain value to a team I work for. Now that the BMW team has fallen through, I’m not going to just go and ride any old thing for peanuts. If there’s nothing available then I’ll wait until there is.

A lot of riders make the mistake of getting desperate when it reaches this late stage. The advice I’d give to riders is to look at it like a brand. When you have a brand that everyone wants, and is exclusive, people are willing to pay for it. As soon as you start selling yourself in Target stores the value is gone. It might be good for the short term but not the longer term.

There was talk of you looking at opportunities within Australia for 2014. Was that something that could possibly have eventuated and given your current situation, is there any possibility we could see you racing here on home soil?

I did speak to a few of the teams over here. I’ve been in Europe for almost 10 years, on and off, and every year in the off-season I come home and find myself wanting to stay that little bit longer. I’m not getting any younger, and I want to start looking at coming home more often.

Especially with the way the calendar has worked out here, I realised early on that it might be possible to race in Australia and do the endurance races and just fly back and forth from Australia. That’s something I’m still working on, and still in contact with a couple of people out here.

Unfortunately with the way the championships are it is really difficult for people to know what they’re doing. It’s hard for the professional riders to where to go. It certainly seems like, especially in the last week or so, that Terry [O’Neill’s] series has the momentum now, and if the main players are going there then that is where people will want to be.

You can tell people all you want that you’ve got a title to your name, but unless you’ve been out there and beaten the best riders in the country, well, that’s the thing that most people will credit. I feel like it will be great if there is just one series and everyone races together. It will bring everyone back into line and that’s the way it should be.

We hope things fall into place for you mate. Best of luck for finalising your plans!

Thanks. Yeah, I am hoping some discussions will move forward in the next few weeks, so I may have some sort of update then.