Former Suzuki MotoGP and WSBK rider and new Tyco Suzuki recruit John Hopkins will return to the British Superbike paddock in April with one goal in mind: to win the 2014 BSB title that he so narrowly missed-out on in 2011.

‘Hopper’ – as he’s affectionately known by his army of fans worldwide – is currently in California fine-tuning his preparations, but we caught up to fire a few questions at him on a number of topics. 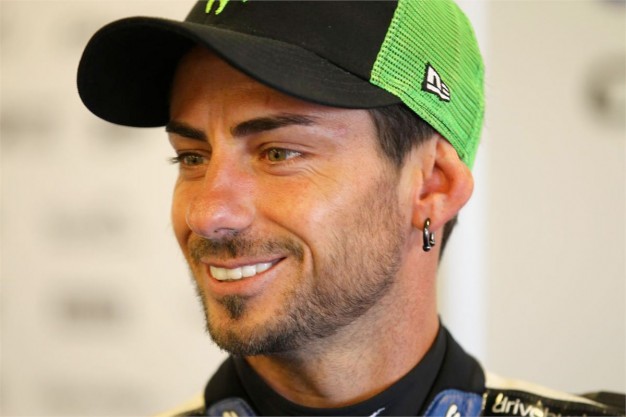 Christmas in the UK…

It was pretty bad when I went over for Christmas down in Portsmouth. It was horrible with flooding everywhere and even for UK standards it was pretty bad. I’m just glad to be back in the sun. Every day has been no less than 27 degrees and some days as high as 30, but we’ve had some wildfires in Southern Californian in the middle of winter which is strange.

I’ve been to Belfast a couple of times. I stayed with Jeremy McWilliams and went trials riding all over Northern Ireland so I’m looking forward to coming back over to meet the team and spend some time there during the season. I hear they are a good bunch of lads.”

Things are coming along really good. It’s just a matter of getting back on a road race bike real soon, but I have been riding my motocross bike loads. I’m just trying to work something out now to get out with the Yoshimura Suzuki team here in America as they have a test track quite close to me.

It’s really just a couple of track days I’m looking for to get ‘acclimated’ to a road race bike again, but my fitness is great and my hip is better than it has been in years – probably since 2008 or 2009 at least.

I’ve been doing 30-minute motos on my motocross bike and even when I was in GP, I knew if I could do 30-to-40 minute motos at full pace; then 45 minutes-to-an-hour on a road race bike would be no problem at all. 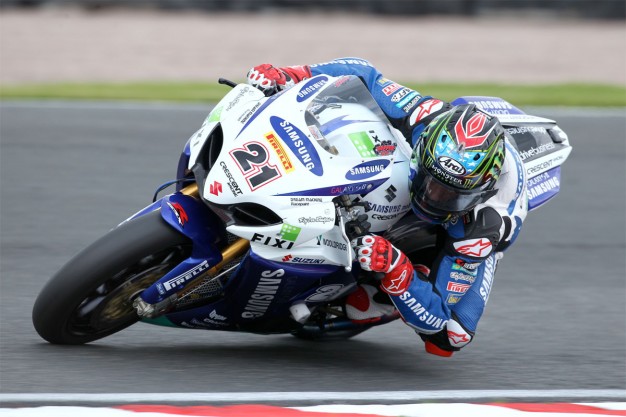 I think it’s going to be a good year. I still feel that I have a point to prove in British Superbike after coming so close to winning the championship there in 2011. It definitely weighed on me a little bit afterwards, so there’s no doubt about the fact that I’d like to go out and clinch the championship this year with Tyco Suzuki.

I haven’t been on a bike competitively for over a year, but I do know the circuits. I had no knowledge back in 2011 of the circuits and some of the British ones can be quite quirky with blind corners in a lot of places.

Having that track knowledge alone this year is going to work to my advantage, but I’m under no illusions – it’s certainly going to be difficult. There is some strong competition out there for sure, but I think the Suzuki is very capable and a perfectly-able bike to go and win the championship on. That’s my goal; to win the championship with the Tyco Suzuki guys.

I guess I am in favour of it in some ways and in other ways I’m probably old school in that I’m still a firm believer that if you rack-up enough race wins and be consistent throughout the whole year, then it’s maybe best to win a championship that way.

But it is the same for everybody and you do get to carry over Podium Credits, which does work in your favour if you’re racking-up wins through the year. With not being on a bike for a while, I’d say the Showdown could work in my favour this year, as it did in 2011.

It definitely did back then, because it was all a learning experience at the beginning of the year, even though we managed to win a race on the second round at Oulton Park.