Long-time BMW pilot Glenn Allerton was top of the list for the BMW Motorrad Italia effort when it came to replacing injured ride Sylvain Barrier ahead of last weekend’s World Superbike opener at Phillip Island.

Despite a lack of familiarity with the bike or team, 33-year-old Allerton acquitted himself in strong fashion to score points in both races and record a top three race finish in the closely-fought EVO sub-class.

CycleOnline.com.au caught up with Glenn to dissect a successful weekend and find out where his aspirations lay in terms of further, future rides in the category. 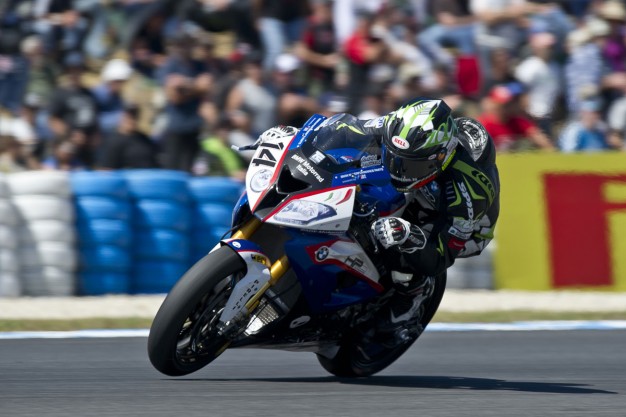 You’ve made a couple of wildcard appearances in World Superbikes so far, so you’re no stranger to the category. On those occasions, though, you were piloting a bike you were very familiar with, as opposed to to the factory-spec BMW Italia Superbike that you climbed aboard on the weekend. How stark were the differences and was it hard to get your head around in such a short time frame?

I’ve always dreamed about getting a call-up in World Superbike to a factory team, so the whole week was pretty cool, and a lot of fun. The team went out of their way to try and change the ergonomics of the bike as far as handlebars and footpegs and every little detail like that to try and make me feel comfortable, which was great.

Not at any point did they say ‘just ride it’, they asked what they could do to make it feel better which I found to be really good. It was a lot different to my bike though. I took the first day, or day and a half, just to get my seating position and body right.

I spent some time getting the brake lever to where I wanted it, because they had these trick factory Brembo brakes on the bike that were really powerful, and the lever was a lot different to what I use to, so it was lot to get my head around. It was a great experience though.

With the previous experience we mentioned under your belt, and a renowned local track knowledge, did you prepare for the weekend knowing that the call could well come from a WSBK operation should one of their riders be injured?

For the last sort of eight to 10 years I’ve been training and working towards having the opportunity to get that call, and I knew I had to be fully ready. As it were though the timing wasn’t perfect, because lately I’ve had a few injuries that have been niggling so I’m not perfectly in shape.

But when the call came I was mentally ready, because I was lucky enough to race in World Superbike races last year, so the nerves weren’t too bad or anything, it was more excitement. I was definitely ready.

Next Gen Motorsports is a close-knit crew, and you’ve forged solid working relationships there over a number of years. What level of involvement did your own team have with BMW Italia?

My crew chief Shane [Kinderis] got a bit involved down there. The team was asking me about settings and traction control maps that I liked the feeling of, and they wanted to see them because we run the same ECU with the EVO bike. Other than that the BMW Italia team pretty much did the rest.

It was a great team to work with, and just to watch and see how they operate was great. They have a lot more hands on deck than we do because they’re obviously a large team, and it was a real eye-opener to work with them. They pretty much had that bike perfect every time I rode it. 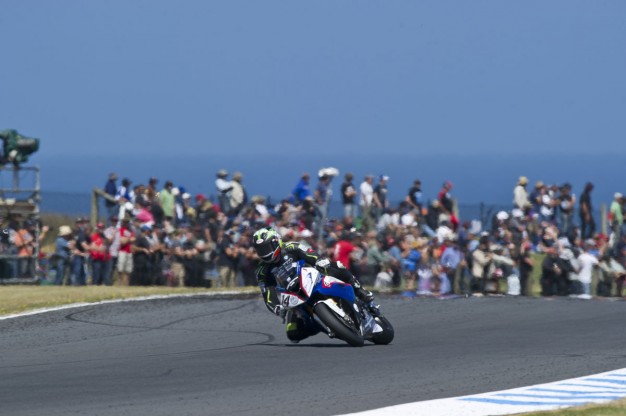 Let’s move straight onto Sunday, and the first race of the weekend. It was a result to be proud of considering the very small amount of time you’d had to adjust to the bike, and moreso given the problems you faced in qualifying.

I didn’t qualify where I wanted to be. I had problems there because I had a crash in the free practice just before, and it really caused an issue because I didn’t get to go out in Superpole until there was about six or seven minutes left. And I didn’t really feel like I got the chance to ride the bike properly, as a result I qualified all the way down in 19th which was a bummer.

I got a really good start to the first race. I cleared the first two rows straight away and I was straight onto the back of David Salom, and [Niccolo] Canepa. I knew that Canepa was the guy that I had to beat in the EVO race, so in my mind I needed to get that good start and start chasing him straight away.

I settled into a bit of a rhythm and I managed to start taking time out of him. When I caught up I figured I needed to just hang there and try to maintain the tyre a bit, and that’s when I got into a battle with Salom.

Throughout the race, the small injury that I had on my thumb was playing up and made it difficult to ride. I hung on there but right at the end Salom must have been saving something because he put the hammer down on the last lap and a half, and I just didn’t have enough to go with him.

I was still really happy to finish third and I was just happy to be in that battle for the win. It was a really good start.

Race two only ran the two-thirds distance before it was red-flagged, but is it fair to say you probably didn’t enjoy the same feel on the bike as you did earlier?

The track temp went up for the second race and I did have some issues there. I didn’t feel I had the grip there in the second race and to be honest I just didn’t have much to fight with. I got a fairly decent start but I just couldn’t keep up with Salom and Canepa. I think the injury was really playing havoc there.

I didn’t have the right settings for the track conditions and was actually happy to see the red flag because I knew what we had to do to change the setting of the bike. I thought, after seeing the Supersport race having the five-lap sprint, that we’d have the same, and I was hoping to have a new change of tyre and slightly different settings to compensate for the heat. 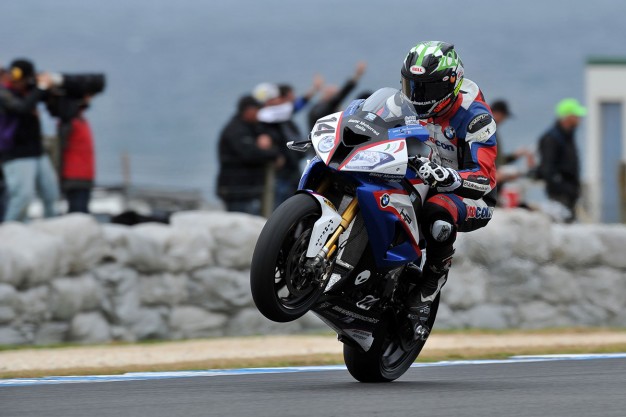 Last year we discussed with you the possibility of contesting selected wildcards in 2014. You have one under your belt already now, albeit with a different team. Does this open the door for further opportunities within that squad or make your own team reconsider running as an EVO wildcard at events later on in the season?

I think the opportunity for sure can be there with the BMW Italia team if they need a rider. I’m not sure how Sylvain Barrier is going to pull up as he has a fractured pelvis though he has about four weeks before he has to ride again. I definitely let the team know that I’m available for another ride, but at this point I have to wait and see.

As far as my own team, we’re committed to racing here in Australia for the year. If the right sponsorship came around I’m sure we could go and race EVO in World Superbikes. It will be really good when the EVO specifications are category-wide, instead of having World Superbike and EVO in the same class. When you take the electronics away from the bikes, we are all on an even pace.

It’s quite obvious with a lot of the bikes that the speeds they get are from the mid-corner speed they can make, where you’re trying to fight for traction. It’s more an artificial speed, and not based on your ability, but more based on how good the guy is that runs the computer back in the pits. I’m excited for the class to move to EVO.

Thanks Glenn, and all the best as you prepare for the upcoming domestic series’.

Thanks, yeah we’re back on track straight away for the ASC (Australasian Superbike Championship) test and are looking forward to that.