CycleOnline.com.au catches up with the multiple Aussie champion as he makes his move from MotoGP into World Supersport for 2014.

Bryan, it has been a while since we last caught up. Obviously your debut year in MotoGP in 2013 fell short of your own expectations, and we know you were disappointed with the overall outcome. Where did you go to from there?

That was a particularly hard period, after Valencia, the last race of the MotoGP. I basically packed my bags and walked out of the paddock. That was really crap. I had a crap time, all year, but, as much as I hated what I was going through there, to actually walk out of the paddock wasn’t enjoyable. I came back to Australia, basically within four or five days, and I had absolutely nothing on offer.

One by one, everything eventually falls away, and these opportunities get taken up by others. And then really that just started the limbo, from late November right through to mid January, really.

I had a lot of people contact me, and the interest was absolutely there, but as usual they are chasing money or the opportunity just wasn’t good enough for me. I’ve got no interest in riding a bike that’s not competitive, especially if it’s not in the championship I’m interested in being in. It was easy for me to say no to a lot of opportunities. 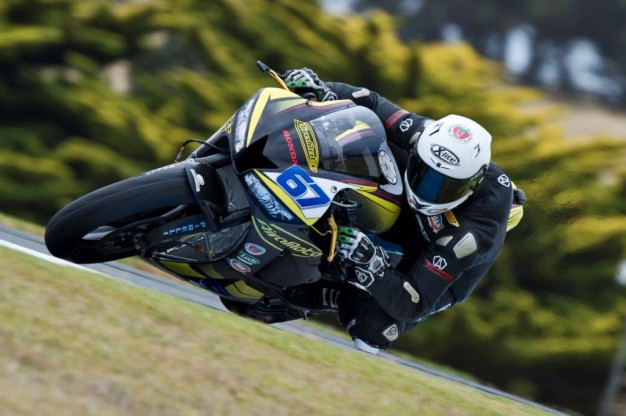 Where did the offers come from? Were they on a world championship level or from domestic championships?

Your situation then is becoming more and more common for riders. We spoke to Damian Cudlin about the subject of seeking out a seat for this season and he underlined the importance of considering your brand as a rider, and the implications of accepting just ‘any’ ride offered to you as you are realistically locked in for the whole year. Was this the reality for you?

It’s not even just a year though, it’s a knock-on effect after that. Last year was a good example for myself this year. If you haven’t done enough, it doesn’t matter if you were riding a bike that’s incapable of a top 15, and got it inside the top 10, you’re still only a top 10 domestic rider, and that’s not enough to progress.

At any point, when you were back here in Australia, did you feel that this may just not be your year, that an opportunity that suited your potential, would not present itself?

My ultimate plan B was that I was going back to Europe, regardless of whether I had a job or not. At some stage, through the misfortune of someone else, I’m sure I would have my bum on a seat at some time. Of course, I wouldn’t wish that on anyone, but its the reality of our sport.

And that was basically the absolute best plan I had. But I was fully understanding of the fact that my international career could possibly have been over. It was a long summer. Mentally, very difficult.

The ride with the Rivamoto squad came late in the piece, or at least the public announcement. How did this come together, and how long did it all take?

It started with speaking to Jeremy McWilliams, who is a good friend of my manager in Western Australia. They realised I was available, and they were also in the position just a few weeks out from the first week of the year, and they didn’t have a rider. Obviously I was in the same boat. We started speaking probably three weeks or so before the first round.

But the way it goes, when you’re here negotiating, the time difference and that wait between questions and information, well, weeks go past very quick, with very little refinement to the negotiations.

It was really only the fact that there was only three days for the bike to leave before it would be at Phillip Island, that hurried up those decisions. We made an agreement there to start the championship. It was absolutely last minute. I didn’t have the chance to organise any of my personal equipment, or sponsors or anything like that.

In 2012 you were on a FIM-spec Superstock 1000 bike, before stepping to a CRT project Honda in MotoGP. Now you find yourself on a 600 Supersport; was that an easy adjustment to make?

It took longer than I expected, actually. I knew it was a big step. Changing motorbikes is always the biggest step you take, but it probably took me a little longer to figure out than I anticipated. It was a confidence-building thing, to get the feel of a good bike again, after a year on a crap one.

That’s what I took my time towards achieving over the course of the week. I think with most of the improvements made, I only took baby steps, but I didn’t end up in too bad a range, pace wise, but it was difficult to adjust to the technique anyway. 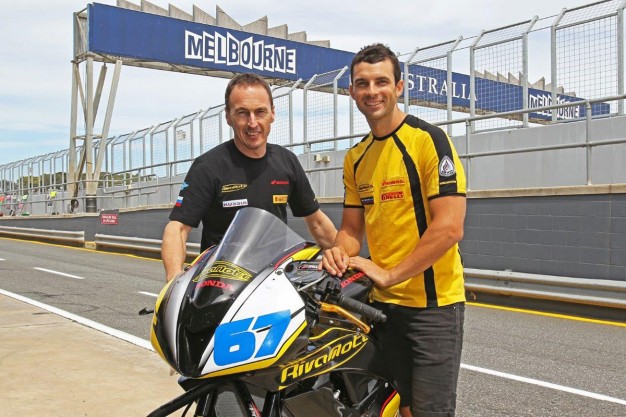 You battled within the same group of riders for much of the year in MotoGP. Do you feel this helped to refine your racecraft any, and can this be valuable in your battle for the 2014 World Supersport title?

To be honest, I don’t feel like there was really many occasions where I was in a good battle. At the start of the year I had a few, and as the year progressed, once the race started, a lot of the time I couldn’t see anyone.

A lot of the times, many of the other riders around my position at the back, would just make up an excuse and pull into the pits – they just couldn’t be bothered staying out there in the race. And to be honest, it was debatable if it is worth staying out.

But I completed every race I started, as long as I didn’t crash or have a mechanical obviously, and that was about the proudest thing I can really say. No one at the back of that field is having a good time, and the race is no fun to do on your own.

Your result at Phillip Island, a mechanical DNF, was obviously a disappointing one, considering the progress you’d made in such a short space of time. Any thoughts on the weekend?

Yeah, that was really disappointing. As far as world championship points go, there was great ones on offer there. I really think towards the last few laps I could have made a good impact on it, and got some solid points. So it is super disappointing.

Even though it only seemed like a week or so to get ready, there are huge hours, and late nights, to get ready, so it was tough to come away with nothing there. But that’s racing, you take it on the chin and move on. We’ll look forward to Aragon, a circuit I’ve had some good results on in the past.

Can you bring us up to speed on the remainder of the season? Is the ride with Rivamoto locked in ahead of the next round?

The team have made a commitment and they’ve entered the whole season with me as their number one rider. I feel like they believe in my ability and are confident we can achieve great things together.