Bench racing ammo ahead of the Australasian Superbike opener.

With a new season upon us in the Swann Insurance Australasian Superbike Championship, CycleOnline.com.au will this week break down the class of 2014. With incoming teams bolstering the field amongst established title threats, this year is shaping up to be a landmark year for the sport.

First up today is ‘The Unknowns’ as we evaluate the riders that could shine at times during the season – effectively the championship long shots. On Wednesday we’ll list ‘The Contenders’ featuring those that could be in with a very real chance at winning, before finally on Thursday, we list the top five title favourites. 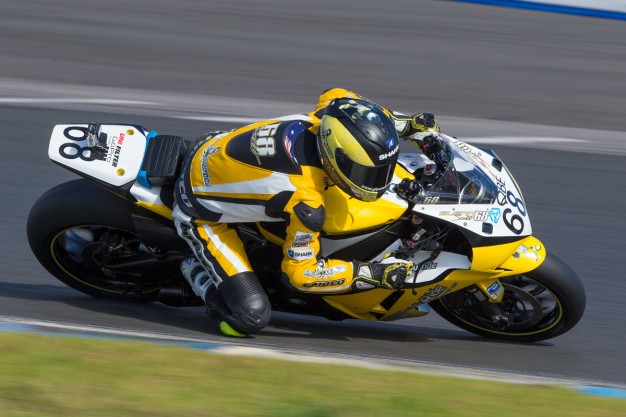 Rider: Glenn Scott
Team: Team InsureMyRide Racing
Bike: Honda CBR1000RR SP
Title chances: C+
Rundown: After winning the ASBK Privateer Cup in his first season of 1000cc racing last year, Scott has proven himself capable with his professionally-run privateer effort. Like the factory Hondas he’ll have to fight hard against bikes with extra power, but he’ll no doubt chip away as the season rolls on in a bid to put the team on the podium.

Rider: Sean Condon
Team: BikeBiz Racing
Bike: Kawasaki ZX-10R
Title chances: C+
Rundown: Those who’ve watched FX over the years would have watched Condon rise through the ranks, challenging the Yamahas in his 600cc days and having a solid first 1000cc season last year. Now, expectations are rising and with the power of a Kawasaki on his side, he will take it to the factories on occasion. We expect Condon to shine at round one especially and it will be up to him to maintain that form across a variety of circuits.

Rider: Mike Jones
Team: Crazy Dogs Kawasaki
Bike: Kawasaki ZX-10R
Title chances: C
Rundown: One of the sport’s very highly rated young chargers, Jones has been logging a lot of laps in preparation for his rookie Superbike season and has the talent to star during the series. Kawasaki power will help, but a lack of experience will be a lot to overcome week in, week out as a privateer. Like Scott and Condon, Jones could find himself on the podium when things go his way. 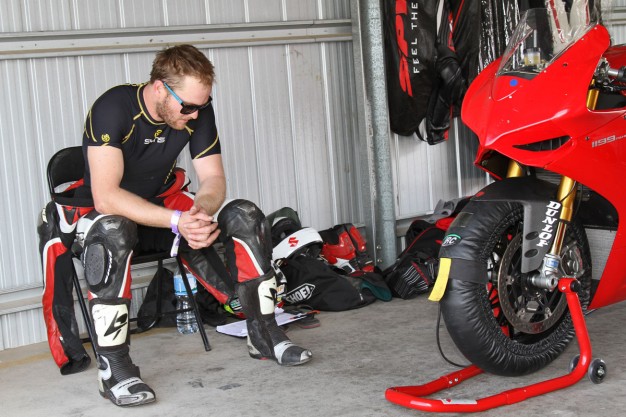 Rider: Beau Beaton
Team: North Coast V-Twins McMartin Racing
Bike: Ducati 1199 Panigale S
Title chances: C-
Rundown: Beaton has been on the radar for a number of years now, most recently campaigning a Suzuki in the ASBK. Now back aboard his favoured Ducati brand – albeit on an 1199 Panigale S – Beaton will benefit from having Pro-Twins legend Craig McMartin in his corner. We’re yet to see how the Ducati will fare in ASC trim, but it should gain strength with development and if anybody can succeed in bringing it to the front without real factory support it’s this combination.

Rider: Ben Burke
Team: BC Performance A1 Kawasaki
Bike: Kawasaki ZX-10R
Title chances: D+
Rundown: After a solid showing in the UK, Burke returned home mid-season last year and made strong progress on the Kawasaki. After snatching a race win off the factory Honda team at Wakefield Park in a FX club event last Sunday, he’ll benefit from confidence and Kawi power, but it’ll be a challenge to spread that form across the course of a full season against the country’s elite. Still, if he can start off on the right foot this weekend momentum will mean a lot.