Jack Miller debuted in the world championship in 2011 and, after contesting the full 2012 and 2013 seasons, the Queenslander has signed with Red Bull KTM Ajo for 2014.

The Australian has been quick to adapt to the Finnish team and has taken a big step forward ahead of the season, which starts this weekend in Qatar. 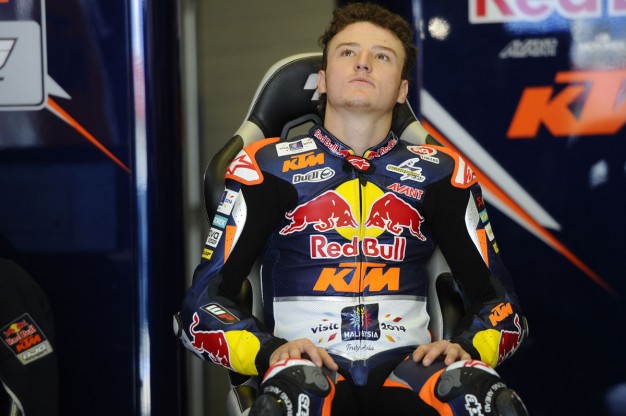 How do you rate your pre-season?

It has been a very good pre-season. I learnt a lot and the whole team have helped me. We’ve had some truly productive tests, so I think we’re prepared.

How was your first experience of the Red Bull KTM Ajo team?

I could do a little testing last year and this year it’s been fantastic. I’m sure we’ll have some little problems, like any team, but we always seem to find a solution fairly quickly.

What are Aki Ajo and Patrick Unger like as team manager and chief mechanic?

Both Aki and Patrick are great professionals. Undoubtedly, Aki is the best team leader I have ever had. He’s nice and friendly and very calm, so it’s very easy for me to work with such a person. Along with Patrick and the entire team, we are going in the right direction and if we continue in the same vein, we can have a great season.

Try to get the best results possible and – why not? – become world champion.

How do you think you can do it, taking into account that last year the rider who won the most races did not win the world championship?

It’s not about who wins more races. We must always try to score points, being consistent with that. It is clear that we must try to win races and that’s my goal, but those days when you’re not having your best weekend, you need to be able to take the maximum possible points. It’s easy to say now, but we are working hard and it will not be easy. I want to face that challenge.

Do you feel any pressure?

No, not really too much. The only pressure I feel is personal. I want to do well for myself and I know I can do it. I’ve trained hard for many years and I think I’m ready. But I do not feel any external pressure or from the team.

Is this the most important step in your career?

Yes, absolutely. It’s a very important moment in my life.

How do you dream your first podium in the World Championship will arrive?

It will be in Qatar! And it will not be a podium, it will be a victory [laughs]! It is clear that these are things you dream of but that you cannot plan, so we’ll see what happens. 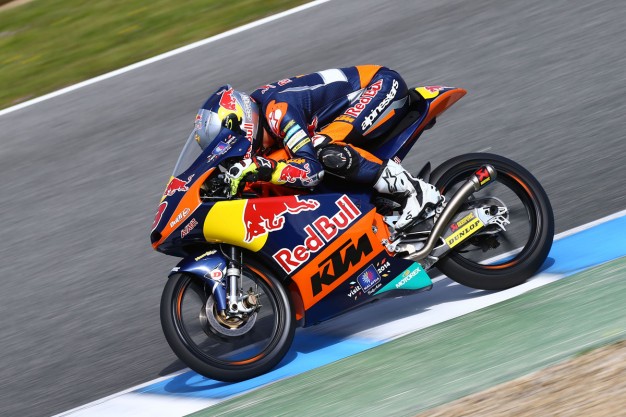 How do you see the new KTM? What are the most important points of the bike?

We are getting close to what we want. Almost all the chatter has disappeared and that’s the most important thing. We’ll continue to work on developing the chassis as much as we can. The engine is okay, so we can devote our time to other aspects of the bike.

How do you see the other riders in the Moto3 World Championship?

I think Rins and Marquez will be strong opponents. I’m sure of that. Also Danny Kent, Karel Hanika, Antonelli, Fenati, Kornfeil, Isaac Viñales, Bagnaia… they are all tough opponents to beat. In this class, you never know, so we’ll have to wait for the first race and see who is strongest.

Last year you were based in Germany. Where you will reside this year?

Near Barcelona, mainly because the weather is better [laughs]. I lived in Catalonia in 2010 and it really is a place that I like and where I can train as much as I want.

You are the ‘Jackass’ of the world championship. Who called you that for the first time?

My mother and my grandfather [laughs]. As a kid they always said ‘come here Jackass’ and it’s stuck.

Finally, Aki said he did not dare to compete with you on ice, so we will never know who is fastest. Do you know who was the fastest this winter?

I was faster than Aki, for sure [laughs], but Niklas [Ajo] was a little quicker than me. I’d really like to go back and try it again, because I’m sure I can beat them.