With a 3-1-2 result for the overall round win, Team Honda Racing’s Jamie Stauffer looks back on the opening round of the 2014 Swann Insurance Australasian Superbike Championship at Wakefield Park – one of the most anticipated clashes in memory of domestic road racing. 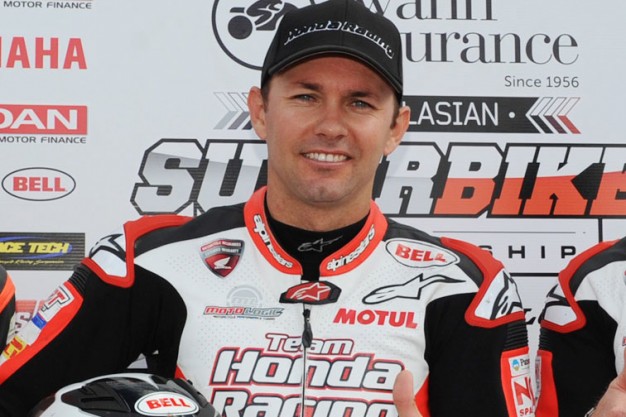 First of all Jamie, congratulations on your overall win today. It was a great way to kick off the year, so how does it feel to get this first win under the belt early?

It’s quite good, you know. We came here not really knowing what to expect. We knew we would go pretty well, but I haven’t ridden at this track for 10 years so it’s pretty hard to know what it’s going to be like.

The track has changed a lot since I was here last time, and we hadn’t really raced in this format yet. We have made the Team Honda Racing CBR1000RR SP better all weekend and in that last race we set the new lap record, so were obviously going fairly good.

We have a few more things that we want to try, but were definitely heading in the right direction.

Did it exceed expectations to get a win so early in the season?

Probably not so much to get a win, but to get the overall it was. Obviously were pretty consistent throughout the three races. It was always going to be hard here. If you get one bad start here it is hard to come through from behind.

In that last race I came from a fair way back when myself and Wayne [Maxwell] went wide at Turn Two. We’ll see what we can do for the next round and hopefully stay on top.

Apart from last weekend when you raced here at the club round for some testing, you have not ridden here at Wakefield Park in a while. How did you find it racing back here after so long?

Yeah, it’s different. I mean it’s not the most favoured track in Australia. It’s definitely very bumpy and tight, but the track itself is not too bad. They probably need to fix up some of the run-off area. If you run off the track it’s a pretty big drop to the dirt. So I would like to see them fix some of that up for sure. 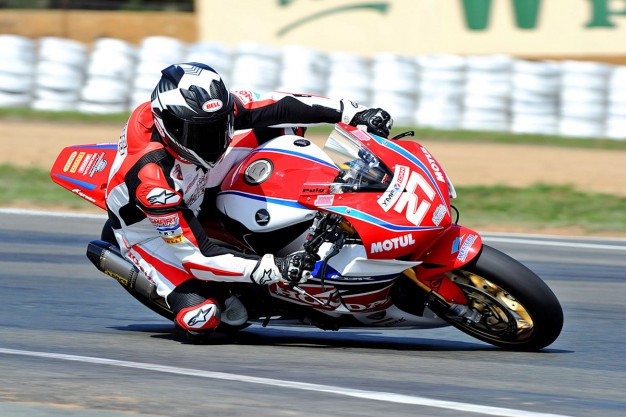 We saw as many as 10 or even bikes in the mix there at points during today’s races. It’s pretty tight competition and tight racing.

That’s right, I don’t know if it’s going to be that tight all year or if it’s just the nature of this track… I’m not really sure. But I was surprised in just how close everyone was and how fast people who you would normally beat pretty easy, just how fast they were.

It was a bit of an eye opener, for sure! But we still have a lot to get better on the bike. It’s great for how much time we have had on it, so we’ll keep chipping away on it.

So you will only get stronger from this point?

For sure! I can’t see why we wouldn’t. We’ll get out there for the next round and see what we can do. Mallala has genuinely been pretty good to me, so I will see what happens there.

Thanks for your time Jamie, see you at round two.

No problems, thank you!