CycleOnline.com.au takes a quick trip around the globe to highlight the riders flying the Aussie flag at the head of their respective fields. 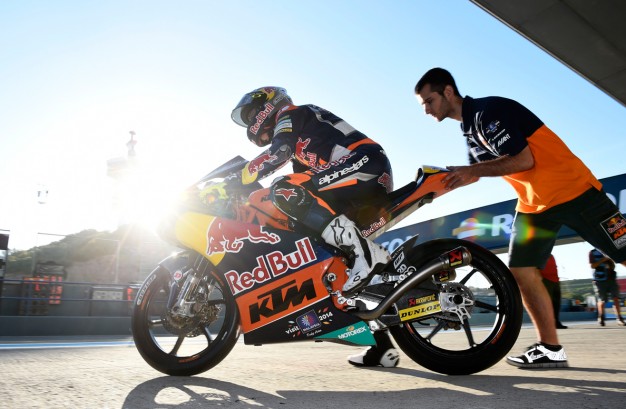 1. Jack Miller
An extraordinary talent, Miller is a future world champion in the making. Since breaking into the Moto3 ranks it has been clear the plucky Aussie has what it takes to push the favoured crop of European riders all the way. His performances on inferior equipment in 2013 demonstrated equal parts of grit alongside skill, resulting in a plum ride for the Red Bull KTM effort in 2014. So far he’s checked off two wins and a third place to go with three pole positions, and leads the points race ahead of round five.

2. Josh Brookes
With over a decade of international competition under his belt, Josh Brookes has found a home fulltime in the British domestic series where he looks certain to challenge for the title in 2014. Two times the series runner-up and not finishing a BSB season outside the top five since joining in 2009, a switch to the Yamaha YZF-R1 with Milwaukee Yamaha is paying dividends already.

3. Broc Parkes
Another racer with an impressive resume, Parkes has honed his skills on the World Superbike circuit for a number of years and shone as a force in the Supersport ranks. He’s a leading choice for teams in the Endurance World Championship and even found space in his schedule for a return to Australia in 2013 where he won the Australian FX-Superbike Championship. Parkes jumped at the offer of a ride in MotoGP in 2014 where he raced into the points in his first outing with Paul Bird Motorsport.

4. Anthony West
2014 marks Ant West’s 14th season in motorcycle grand prix, with his experience making him a much sought-after rider. He has spent the bulk of his career in the intermediate category, with 2003 the standout year which saw his one and only win coupled with three additional podiums. Now into his third consecutive year on the Speed Up chassis for the QMMF Racing outfit, West is making a habit of slicing his way through the pack during races and sits a competitive 10th after four grands prix.

5. Arthur Sissis
The Adelaide-based Speedway star shot to prominence after two successful seasons in the Red Bull Rookies Cup, highlighted by a trio of wins in 2011. He joined the Red Bull KTM Ajo effort for 2012, scoring a sensational podium on home soil. 2013 proved a challenging season and for 2014 he has taken up a ride with the class’ relative newcomer, Mahindra Racing. Illness, mechanical issues and some general bad luck have seen him suffer a disastrous start to the new year, with plenty of potential for results yet to be realised. 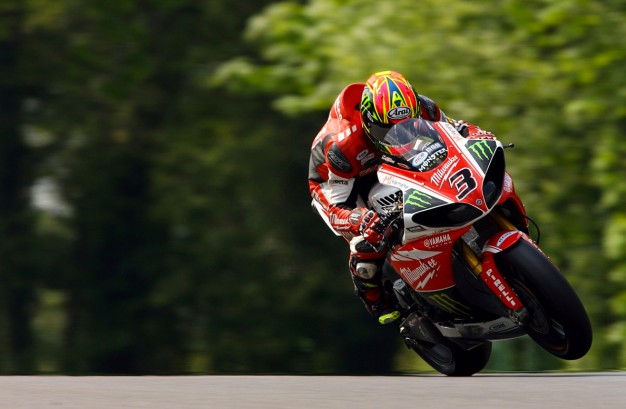 6. Billy McConnell
Another mainstay of the British domestic series, McConnell must head into 2014 as one of the favourites for the Supersport title. He too has a decade of experience abroad under his belt, and is using it to his advantage. He will be a regular race winner this season and is in the best place yet to achieve his goal of the 600cc class crown.

7. Jason O’Halloran
The quietly-spoken yet hard-working O’Halloran has proven his worth abroad, bagging a host of top results in varying British Superbike Championship categories. He entered the series on a Superbike in 2009, though his maiden season would be affected by injury. He finished eighth in the Supersport class in 2010, then ninth and second in consecutive seasons in Superstock 1000 despite a series of injuries. After finishing sixth in the Supersport class last year he return to the ‘Stock 1000 ranks for the Honda factory effort where he will be in line for a shot at the title. He’s also the first reserve rider for the team’s Endurance World Championship effort, a tip of the hat to his experience.

8. Josh Waters
An Aussie Superbike Champion in his rookie year in 2009, Suzuki loyalist Waters backed it up again in 2012 before landing a prize ride with Milwaukee Yamaha in the BSB. 2013 proved a tough induction to the tight circuits and a new bike but Waters battled gallantly. This potential was realised by the factory Suzuki squad, backed by Tyco, which has signed him for 2014. Back on the familiar GSX-R1000 and with a season of experience beneath him, this year has the potential to prove the breakthrough for the likeable Victorian. In addition to his current duties in the BSB, Waters has a stellar history at the famed Suzuka 8 Hours and will re-unite with Yoshimura Suzuki later in the year for a shot at another podium.

9. David Anthony
Like many, ‘Aussie Dave’ chose to make the move abroad to develop his road racing career. But unlike the majority, the championship of choice for Anthony has been US’s AMA Pro Superbike ranks where he’s battled as one of the top privateers for over five years. A consistent racer, Anthony’s growing level of experience has served him well and seen him a regular challenger to the favoured factory entrants for a number of seasons. His Aussie Dave Racing team is one of the largest in pit lane and he’s become a genuine fan favourite.

10. Alex Cudlin
Another protege from the Taree region, Alex Cudlin tasted success on a domestic level before being enticed abroad where he raced a variety of championships, including World Endurance where he is a former World Cup winner. Strong showings here saw him gain a good ride in the Qatar Superbike Championship, a series he has dominated for three years running. Cudlin will again combine duties in the Qatari ranks with EWC rides in 2014, and like brother Damian (himself well worth of being on the top 10 list when he has a fulltime seat), is proving himself as an extremely versatile and adaptable talent.