Double Australian champion still getting to grips with BSB. 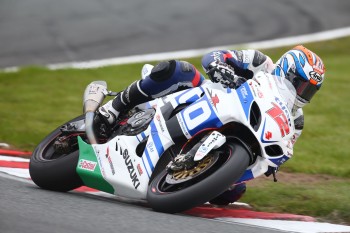 Despite his obvious disappointment, the Australian did significantly improve his lap times from his visit in 2013 and that’s given him a platform to build from in upcoming rounds.

“Again it’s been a difficult weekend for me but we did make progress and the boys have done a great job helping me in all areas,” Waters said. “The times were a bit closer and I’ve dipped under my times from last year, but there’s a lot more to come.

“I know I have the speed to improve significantly; I just need to work on a few areas and build confidence.

“Oulton can be a tricky little track when you are struggling, but I know the Tyco Suzuki GSX-R package is good enough for the job, so hopefully we can move forward in a few weeks at Snetterton.”

Waters is now ranked 18th in the championship standings following two rounds with seven points to his credit.