Viewpoint: Demise of the ASBK series

Where to now for the Australian Superbike Championship?

There are a lot of things in this sport that make you scratch your head, but none more so than the ongoing troubles of the Australian Superbike Championship. After five increasingly painful years (plus one event) with International Entertainment Group (IEG), this particular ‘relationship’ with Motorcycling Australia (MA) is over.

Darwin’s two-plus-four round alongside the V8 Supercars has been axed, IEG isn’t the ASBK series promoter any longer, and somebody else will host Phillip Island’s final round scheduled for July – possibly even the Phillip Island Circuit itself (purely speculation at this point).

Click here for Motorcycling Australia’s announcement made at 5:00pm on Friday afternoon – providing us no time to do much further investigation, if any at all.

It’s a very complex situation, with IEG recently involved in a legal dispute behind closed doors, and revisions to its shareholders made via the Australian Securities & Investments Commission (ASIC) recently spelt changes/troubles within the company. Right now, according to the ASIC website, “International Entertainment Group is held pending transfer to another holder”.

As usual though, any contact made with them suggested all was well and the series will go on. Until today, that is. 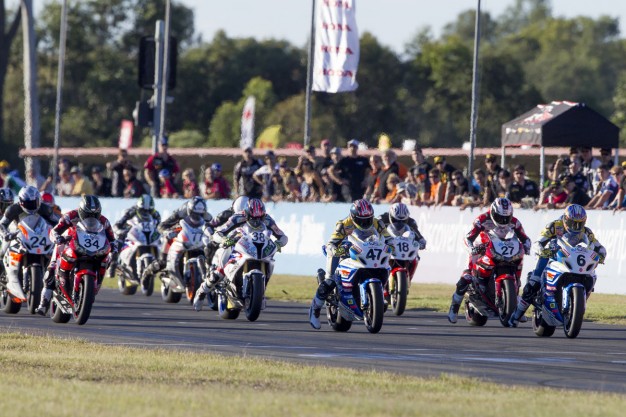 The vagueness of the ASBK series (and supercross for that matter) since the end of last year has been appalling. Clearly, MA and IEG haven’t been on the same page. That’s been obvious from a number of conversations I’ve had with them and, frankly, competitors have had enough.

Is there a good guy/bad guy in all of this between MA and IEG? Depends how you look at it, but from a team or rider’s standpoint, many will be thankful for this outcome. Very few have confidence in MA or IEG whether they’re operating as one or not.

With the announcement made so late prior to the weekend, of course we have little chance of speaking to anybody from MA or IEG – just the way they like it. Be certain though that any reporting done without their input will be frowned upon. Hey, we tried…

Since the announcement I have spoken directly to NT Major Events about the Darwin event and unfortunately for the bikes, they’re not overly concerned with the loss right now as they focus on the four-wheel event. This news will make no major impact on their event whatsoever. They’ve been advised the bikes aren’t coming by MA and that’s that.

Say goodbye to two-plus-four V8 Supercars events too, because we can only imagine what V8SC organisers think of national Superbike racing right now. Remember the grid at Phillip Island last year? It’s embarrassing.

You’ve got to feel sorry for the two-wheel fans in the Top End though, they’ve been great supporters of the ASBK each time its travelled to Hidden Valley, and I know from this industry’s perspective, most genuinely liked heading up there.

As for IEG, a few texts from managing director Yarrive Konsky indicated that the company could no longer afford to keep losing money in running the Superbikes. It’s just not viable, according to him. But from what he says, the company is still going to run supercross – a series that’s also on the brink of failure.

I’ll admit that when IEG took charge in 2009, I was excited for the future. Their ideas (well, Konsky’s) were exceptional on paper, their vision was promising and the initial support they had from the industry seemed impressive. I admire a lot of things that Yarrive does with his factory Honda motocross team (especially in terms of presentation), but that is what he should focus on.

Promoting the ASBK all unraveled year by year, to the point where in the last couple of years the sport’s been in serious trouble. And meanwhile, former series promoter Terry O’Neill has been chipping away with his own respective national series held under the Australian Auto-Sport Alliance (AASA). 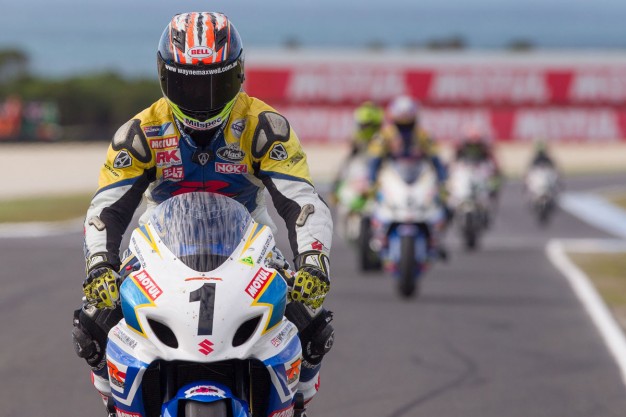 A number of merger bids failed between the ASBK and Australasian Superbike Championship (formerly Formula Xtreme or FX-Superbikes) and in 2014, for the first time since O’Neill’s split with MA, his championship has been established as the one to win. Forget the history of MA’s series and ignore the promises of IEG and MA – the AASA now hosts this country’s premier road racing series. That was the case even before IEG was dropped.

O’Neill, while we personally have not always seen eye-to-eye, has a platform that provides stability and it’s slowly, but surely, growing. His series’ professionalism and communications have come forward in leaps and bounds, which must be applauded. As his series has made steps forward (and without MA anywhere to be seen), he has been making real progress.

No, the ASC isn’t live on Seven, nor is it hosted alongside V8 Supercars at select events. Things like that live television coverage, decent amounts of prize money and so-called $100 entry fees just aren’t sustainable. You never had to be a rocket scientist to figure that out. In my opinion, it was a matter of when, not if, IEG would be out of the game.

And for where the sport’s at right now in terms of popularity and general interest, O’Neill with Australian Road and Track Rider Promotions (ARTRP) has established a realistic platform to work from. We as a sport, including people like myself in the media, have to be thankful that he hung in there at this point.

As I’ve already been asked on Facebook; is this the end? Or is this the start of something big? Honestly, to look at the situation with the glass half full, something big is already underway in the form of the ASC ‘Swann Series’, complete with backing from Swann Insurance this year. And that glass is quickly being topped up as we speak.

Some will be hoping a new promoter comes in to take over the ASBK with MA for another fresh new era. Others will want MA to align with O’Neill and the ASC for, finally, a merger. But what many may want is for ARTRP to keep the ASC under the AASA in its current guise as the nation’s top championship. You can’t blame them.