Team Motul Honda’s Wayne Maxwell was in scintillating form last weekend at Mallala in South Australia. Maxwell stormed his way to three victories on Saturday in the YMF-Loan Australian FX-Superbike Championship and then backed it up the following day in the Swann Insurance Australasian Superbike Championship with another three wins, walking away with the championship lead in both series. CycleOnline.com.au spoke with the 31-year-old to get his view on the weekend. 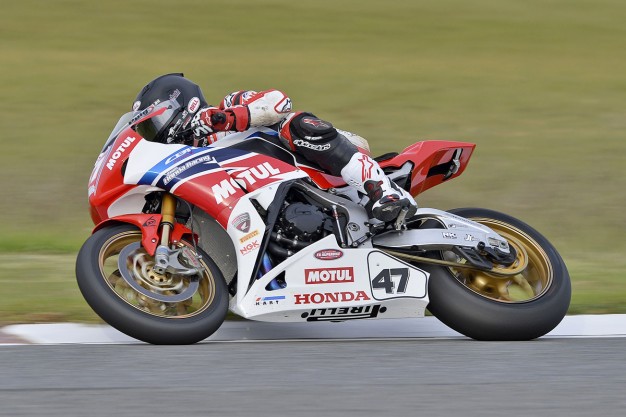 Wayne, what a weekend you have had. Six starts, six wins – guessing you can’t complain about that?

What can I say… The Team Motul Honda worked unbelievable this weekend – I can’t thank my crew chief Warren [Monson] enough. In that last race I wasn’t quite there, you know. In the first race I gave it my all and I had to, to get the win. To win six from six and most importantly I’m leading both championships now and it’s what we need to do, but mainly leading the Swann Insurance Australasian Superbike Championship is what we came to do.

From here we go to Queensland Raceway at the end of June, where last year you finished third there in the ASBK championship. Are you pretty confident going into round three to hopefully do a repeat like this weekend?

A repeat is going to be tough with the way the regulations is with the Honda CBR 1000RR SP. Queensland will be survival mode, then we roll on to a few more tight and twisty circuits, being Winton and Wakefield, then we get to Sydney Motorsport Park in November for the last round.

How did you find riding this weekend after hurting your leg in that crash at Bol d’Or last month?

Yeah, Just a bit of fatigue in changing back in the gears and my wrist is a bit sore. But apart from that I’m happy. 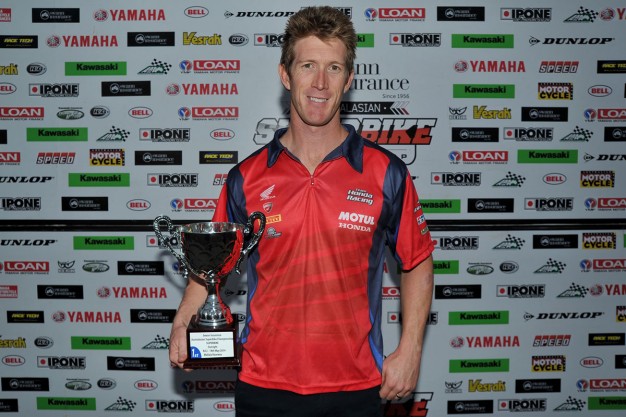 Now that last race today. Hunting down Jamie [Stauffer] then making the pass on him on the final lap at the last corner, was that the highlight race for you this weekend?

Nah, I rode my best in the first race. I gave it everything I had to catch Jamie. And the lap times we were doing were unbelievable. As I said it’s a full credit to everyone at Motul Honda and the team. Roll on Queensland in June.

It’s been five years now since there has been a national motorcycle race meeting held at Mallala. What is your view on the Swann Series returning to this circuit?

Yeah, I have always liked Mallala as a circuit. It’s a challenging circuit and definitely a rider’s circuit. You got to be able not only adjust to the hard breaking but also the following part of the track. So you got to have a bike that works in both and have good grip and acceleration.

One final question. I know it’s only round two, but who has impressed you so far in the championship?

Well I knew my teammate, Jamie [Stauffer] would be super-fast. Guys like Robbie [Bugden] and any of the factory riders are fast. There hasn’t been anyone that has really stood out because of the parody of the bikes. You’ve got the Kawasaki, which is a super-competitive package, and one of the best riders on the BMW is currently injured, so when Glenn [Allerton] is back to 100 percent fitness he will be really hard to beat.