What a weekend it was for Team Honda Racing at the third stop for this year’s Swann Insurance Australasian Superbike Championship (ASC). For young gun Josh Hook it was like the weight of the world was lifted off his shoulders as he stormed to take out the round with a 2-2-3 result. With his haul of championship points, he now slots into the top 10 of the championship with three rounds remaining despite sitting out the opening round through injury. CycleOnline.com.au spoke to Hook directly following the round. 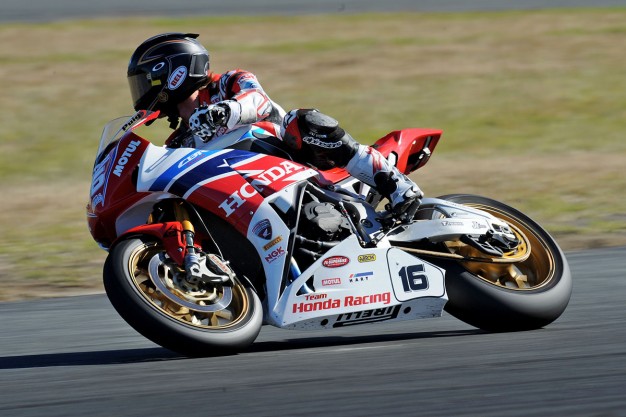 Congratulations on what has been a really good weekend for you. It’s been up and down at times, but you always seem to make it happen when it counted, so well done.

Yeah, it was good. We had a lot to try this weekend and we got a bit of a bum-steer at the start of the weekend where we lost a lot of ground there. It wasn’t ideal, but we went out there, solved the problem and tried new things. Up until this morning we didn’t have a base setting and we tried a new setting for the warm-up and it seemed to be not too bad, so we ran with that. We made a few changes after the first race. I think the bike just got better and better over the whole weekend. In that last race I couldn’t quite go with the front guys as I didn’t have the grip, but a massive thanks to Team Honda Racing; they have worked really hard all weekend and it’s good to give them some results.

You came back from injury at Mallala and sort of eased into it there. How would you rate your feeling on the bike now coming back from injury? Are you back to 100 percent or do you feel that there is still more to come?

Yeah, Mallala was definitely a prick of a weekend for me. Everything just didn’t really go to plan. This weekend has definitely been a good result for myself and the team. Physically, I’m back to 100 percent right now, so were going to be moving forward from here now so it can only get better.

This circuit has got a lot of long straights, so the Kawasakis and the BMWs are visibly quick out there, but there was a big battle out there between you Honda guys all weekend as well. It seemed like you were running in formation a lot of the time…

For sure you know, as you said you can see that the other manufacturers do have a lot more horsepower – they can pull away from us quite easily as soon as they get the thing up right. If they start hitting apexes, we’ll be in trouble. Everyone here in the team is riding really well, which keeps us honest, keeps us on our toes and that just pushes us to stay focused and I guess push on. 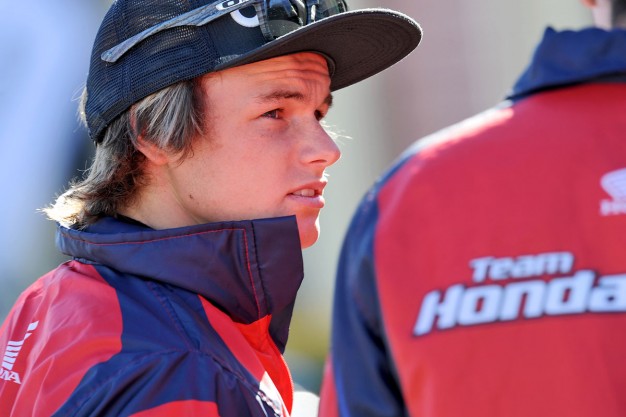 What’s the rivalry like within the team? There is the four of you battling and racing pretty close all the time, so what’s that like to rub paint with the guys you are pitted with?

We’re all mates off the track, I think everyone knows that. When it comes time for racing, everything goes out the door. You do give them room, but at the end of the day, it’s racing and everyone wants to win so we just do what we have to do to win the race. But we’re all mates here and we don’t tend to do dirty moves or anything like that. You just have to do what you’ve got to do.

This weekend you looked particularly strong under breaks, even coming through the field. Whether it was a leading rider or a guy further back, you seemed like you could make passes happen and keep it on track as well for the most part, which is important.

Yeah, for sure. The way we set the bikes up has been really good under brakes and the way the rules are here in the Formula Xtreme, it’s definitely a massive part because the big braking areas are off the straightaways. If you’re good on the brakes, well that’s just a bonus I suppose. The bike is working really well. It’s probably the best we have had it all year and we’re moving forward, which is the main thing, so I’m pretty happy about that. The team has worked hard, so once again, a massive thanks to them!

Straight off to Suzuka now for testing?

Yeah, flying out tonight to Newcastle, then we have the 8:00am flight to Suzuka on Monday morning, so I’m excited about that. It’s going to be nice and warm over there, so I’m keen to get stuck into it.