The Australasian Supersport Championship is alive and well after the weekend at Queensland Raceway. Current Australian champion Daniel Falzon walked away with a clean set of wins in the Swann Insurance Australasian Superbike Championship (ASC) round on Sunday, which now sees him trailing Aaron Morris by just five points as the series heads to Winton in August. 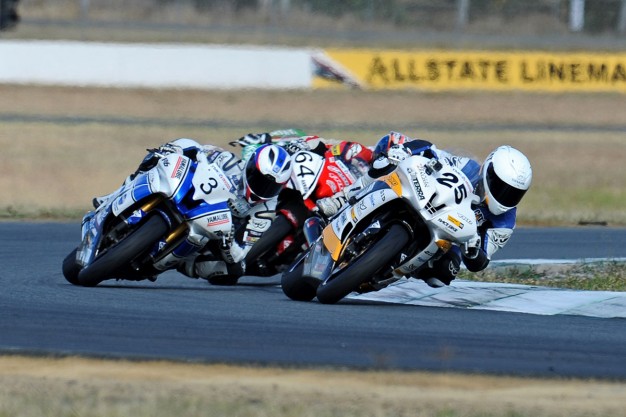 Daniel, after Mallala – which was no doubt a difficult weekend – to come here and take three wins in the Swann Series, just how was it for you and your team?

Obviously we’re ecstatic with the result! Three race wins, not expected but I’m sure going to take it, I believe we had the pace all weekend. The Caterpillar R6 didn’t let me down, it was smooth all weekend. The whole team did a great job and without our mechanic, who was overseas. I did a clutch on Saturday, but still managed to bag the fastest lap for Sunday’s racing.

So tell us, with these three wins today, how much has it got you revved up for the remaining of the year with Winton, Wakefield Park and SMP still to go?

I take each event round by round. This has closed the championship up and allowed me to gain what I lost at Mallala, so its encouraging. We felt disappointed for Callum [Spriggs] who came off and hurt himself, championship points can diminish so quickly, it’s unfortunate.

Obviously this little incident where Morris has accused you of hitting him on the last lap in race three will be the talking point from here until we get to Winton in August. We have also seen a video on Facebook of your controversial last lap with Aaron, but what is your take on the incident?

Surprised that the video seems to have gone viral! There was nothing in the racing worth complaining about I thought we gave each other plenty of room – clearly most others agreed with this and Aaron’s comments have well and truly come full circle. We battled hard and he wanted the win as much as I did… Actually when I think about it, I don’t think he likes me [laughs]! After Aaron’s protest we were both called to Terry’s office for a lecture rather than an inquiry – he called us both dickheads; not sure where that came from! So it was interesting to see that he shared the video on his site… never one to miss a promo moment I suppose. 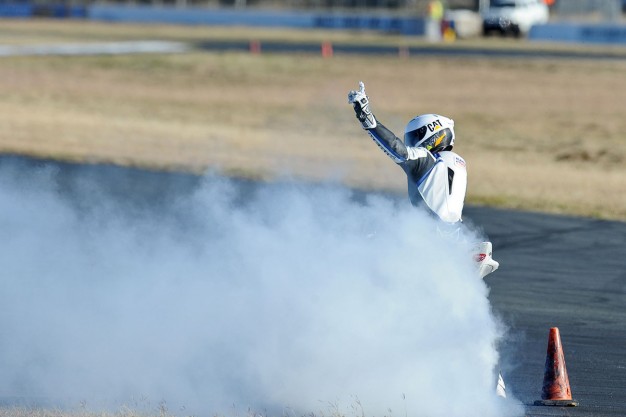 We have now hit the halfway point of the championship. What are your impressions of the series so far?

We know the series well. It’s not my first year here, I completed a full FX season in 2010. Not much has changed, we raced some pretty ordinary tracks then and we still are. I’m enjoying watching the competition in the other classes, the Superbikes are a spectacle, but for the 600s it’s much the same riders as the ASBK, so for me nothing really changes aside from the racing format. My team is finding the race format quite stressful, it’s never been about quantity of riding for us, more so the quality. The one tyre rule is not ideal, we’ve lost all our bargaining power. Also we’ve not been satisfied with the responses received when we ask for clarity of rules, there are simply too many decisions left to the discretion of one party. This shouldn’t be the case, not in any sport.

Have you ever ridden at Winton?

I have ridden at Winton on a 600 in 2010. From memory it was quite similar to Mallala, so it will be interesting!

So where to from here? What’s next on the calendar?

I go back to everyday life! Head back to university and training. We’re also with YRT testing at Winton next week and then it’s the ASBK in July. There’s decent prize money on offer and I enjoy racing Phillip Island, so I can’t see any reason why we wouldn’t give it a go. That’s about as far forward as we are planning at the moment, my brother and mechanic are overseas so until we can get the team back together we won’t be making many decisions, but it’s a good feeling to know we are still running at the top.