The 2004 Australian Superbike Championship may have been a two-round affair, but for Next Gen Motorsports BMW’s Glenn Allerton, this year’s title goes a long way toward establishing him as one of the sport’s greats on a domestic level. Allerton joins the likes of Shawn Giles as a triple champion now, adding the 2014 crown to his titles captured in 2008 and 2011. Despite a lack of the usual suspects challenging the 33-year-old, winning the title wasn’t a simple walk in the park as mixed racing conditions and a mixture of youthful talent pushed him along the way. CycleOnline.com.au spoke to Allerton about his championship victory and more earlier this afternoon. 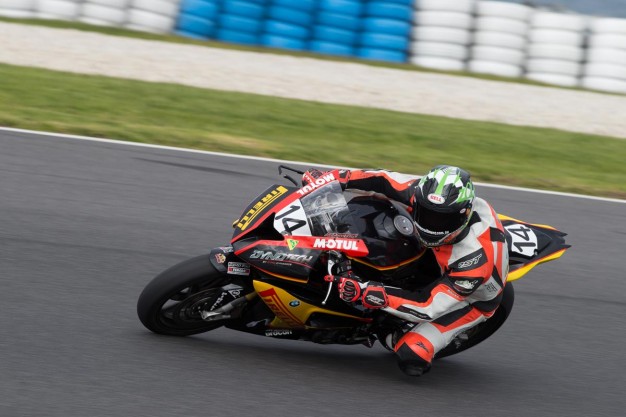 Congratulations on three Australian Superbike titles to your credit now; a result that puts you up there in history as one of the greats of the sport. How did it feel to get the job done?

It feels great to be a three times champion. Over the years I have come close a few times and even after I won my first championship I came close a few times. I feel like I should have been three-time champion a few years ago, but you know, these things don’t come easy. It’s motor racing, and there is a fair bit of luck involved, so it’s great to get a third one.

It’s no secret that your Next Gen team committed to the ASBK championship initially, then it got reduced in rounds from that point on. In the end it ended up a two round series at Queensland and Phillip Island, so what’s your opinion on picking up your third title in that circumstance?

Yeah, it’s not ideal to not have the best riders in the country there and it was disappointing for me to not have the likes of all the other guys there. But I guess they all had their own point to prove and genders along the way and our team has some great sponsors – part of our sponsorship deal was to commit to both the ASBK and the ASC. To be honest, I don’t think the competition level was that bad. If you look at the qualifying times that myself, Jed Metcher and Linden [Magee] did at Phillip Island, we had matched what the old open Superbike rule qualifying was at the start of the year with the Honda boys, who posted a 33.2. The times are the same with a lower-spec bike and the same tyres, so obviously we didn’t do too bad.

In 2011 you picked up what was a milestone for BMW by winning the championship on the S 1000 RR, and this time delivering Pirelli an Australian Superbike Championship, which is pretty special in itself. That must be a special aspect of winning the title as well.

Yeah for sure, I felt like last year we were really in the box seat to win the championship for Pirelli and we had a lot of great support. A couple of little things went wrong during the year that really hampered us and the rest of the guys really stepped up to the plate and went well. To give Pirelli their first Australian championship is great for me because they have been a really big supporter of the Dynotech Pirelli BMW team. I’m just really glad I was the one that delivered them their first championship because the tyres are great and it shows that they have a great product that anyone can ride on.

And the weekend itself at Phillip Island, you guys experienced mixed conditions for a lot of it. You got the Superpole, won race one then you were right in there for race two before you had a fuel surging problem on the final lap. How was the weekend for you?

Yeah, throughout practice and qualifying Jed Metcher and his team, they really surprised not only me, but I guess the rest of us. You can’t take away the fact that Jed has won a European Superstock 600 Championship and that wouldn’t be easy to do, so that shows the quality of rider that he really is – he put up a really big fight. It wasn’t easy to beat him, especially with the conditions like they were. I wanted to do it properly and win the races, so the risk factor was really high in that last race. I put it all on the line. To win the first race was great, but I was a little bit disappointed because in the heat of the battle you always want to come out on top and to have that fuel surge problem on the last lap was a real bummer. In the end it didn’t matter because we won the overall and it was probably better to have the problem now than when it would have mattered down the track. It was a positive weekend and it was really tough competition. 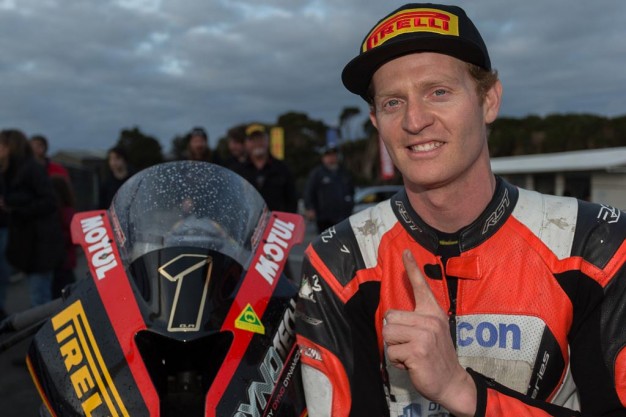 The ASC championship is recognised this year as the marquee series in Australia, but at the same time there is so much history in the MA championship. At Phillip Island it was MA’s first go at running the event, rather than former promoter IEG, so what was the event like from your perspective?

As far as how the event ran, day by day schedule was pretty much the same. It was good to see MA down there at ground level. They even had their staff in the office doing the office duties and it was a smooth meeting. It’s just a case of rebuilding time for them. Whether or not is it possible, I don’t know because a lot of damage has been done. You’ve got to take your hats off to them for trying to fix everything, because it would be a lot easier for them to turn around and say ‘it’s not going to work for us’ and put their hands up in the air and say ‘we give up’. But they’re not about that. They want to make things better for the sport and, from what I gathered, they want to support the mum and dad teams that are spending their own money and trying to have fun racing here in Australia.

Looking toward the Swann Series, you’re 41 points out of the championship lead at the halfway point as we speak. You had knee surgery prior to Mallala and you had the crash in race one at Queensland, which set you back a bit. Is it still a possibility to get the double done?

It’s not out of reach, but the three guys that are standing between me and that championship are all top quality riders. Jamie Stauffer is a very good rider and I think it’s going to be hard for me to try and get back up the championship lead, but it’s not undoable – I feel like it can be done. I’m probably going to need a bit of luck to go my way, but I’m going to work as hard as I can and train as hard as I can between now and the end of the year, so if the opportunity comes up that I can take the points and win as many races as I can, I will do that. I will fight all the way to the very last lap at Sydney Motorsport Park.