Australian rising star Josh Hook further established himself on the international radar at last weekend’s Suzuka 8 Hours in Japan, leading the Honda Team Asia effort to seventh overall after charging throughout the challenging weather-affected race. CycleOnline.com.au spoke to Hook about his second 8-Hour appearance as he touched down back in Australia earlier this afternoon. 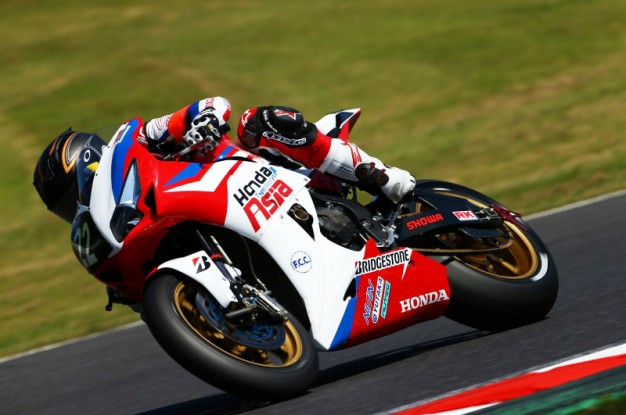 You’re just back from Suzuka now, so how was the event? It looked like a very eventful race, but it really seemed like a good one for you at the end of the day.

Yeah, it definitely was eventful. The weather didn’t play its part. The weather forecast was looking pretty good at the start of the weekend, but the start got delayed there due to the wet conditions and it ended up being a seven-hour race, not an eight-hour race. The first stint was wet; I had the third, sixth and last stint that I had to do. In my first stint that I had to do was when it started raining again, so I went out on wets and it dried up pretty quickly. The team held me out there as long as possible until there was a dry enough line for my teammate to go out on the slicks, so that all worked out pretty well. At the start of the race, my teammate made a bit of a mistake – his visor fogged up and he pitted in and that left us a fair way behind to where we were running to begin with. I was a bit disappointed about that, but it’s the way it went. We ended up down in 68th after that, somewhere all the way back there, but at the end of the day we ended up seventh. I’m stoked with that, the team worked really well, they were there to do a job and that was to get the best result as possible. Even when we were at the back of the field they were still fighting and wanted to move forward. That really helped us and gave me more confidence in the team and the bike.

How much did it change your mindset during the race once you were down there back in around 68th position, trying to claw your way forward the whole time?

Yeah for sure, you know with two hours under the belt, we were back in 60th spot. It was my turn to go out next and I thought well nothing much worse can go wrong so I just went out there and rode as hard as I could. I did a really fast stint in my second stint – I did the fifth best overall lap time in the race, pretty sure I did a 2m09.5, so that was the fastest we went all weekend. The team was really happy to do that on race tyres in the race. My whole stint was in the low ’10s in traffic, so the team was really happy about that and I was really happy because I just my put head down and went for it. We moved along way forward. 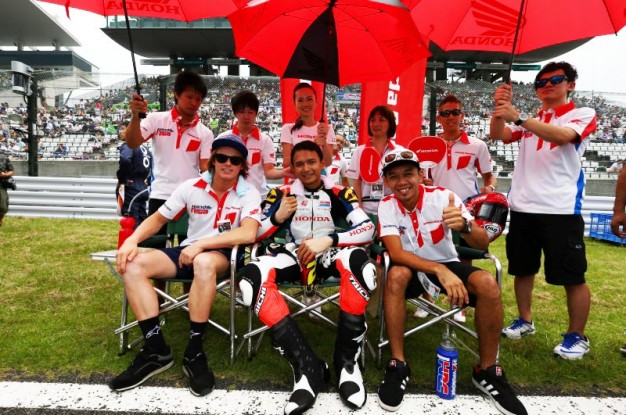 You were drafted into Honda Team Asia pretty late in the game, but ultimately secured a really good seat there. Previously you raced last year in the DREAM RT team that was pretty experienced with Australians alongside Jamie Stauffer, but this year you were on your own pretty much in the Asian team. So how did you find that?

Yeah, it was good. Three weeks before the event I didn’t even have a ride – it was all pretty spontaneous. I just have to thank the Honda Team Asia for bringing me on board. When I got there for the test they said I was the number one rider, so I was pretty happy about that and to have that role in the team is a first for me. I was stoked about that. They expected a fair bit from me and having done the Suzuka 8-Hour before, I knew the track and I knew how the format of the race went. You’ve got to go about it a completely different way – it’s both mentally and physically harder than the sprint races here in Australia. The main thing is you just have to pace yourself. The team worked really well at the test and over the race weekend; I fit in pretty well in the Honda Team Asia and got on really well with the mechanics. In the past they have had two top 10 finishes, so they are a competitive team. The team is ran with in conjunction with TSR, which is one of the factory Honda teams that Johnny Rea and Kousuke Akiyoshi ride for, so we had a fair bit of support from HRC and Honda Japan itself. The bike is capable of going fast and getting a good result. I was just happy to finish within the top 10. The team said before the race event we need to finish inside the top 10 and at the start of the race we were all the way back in 60th, so I wasn’t really happy about that. To give them a top 10 finish especially after that was definitely a privilege.

And just finally before we wrap it up, riding for an international factory-supported team like Honda Team Asia, do you think it will potentiality open any doors for the future, or give you a closer link to the factory at least?

Yeah, I think so. The boss of Honda motorsport and HRC were always hanging around our pits, so they’re obviously watching, and everyone seemed to be really happy with my performance there. Hopefully it’s definitely going to open some doors there at Honda for me.