The second half of season 2014 gets underway in rural Victoria.

From the basking sunshine of Queensland Raceway to the more than likely cold and windy Winton Motor Raceway. We’re going to kickstart this Fan Guide off with a talk about the circuit itself.

Winton Motor Raceway, the current layout was changed back in 1997 to the existing 3km, 12-turn layout clockwise in direction. The top speed on the main straight will see Superbikes getting up to roughly 230kms before they get hard on the anchors and tip left, then right.

Patience is the real key at this rural circuit and it’s very easy to ‘over-ride’ this track. A very unique thing about Winton is that off the start line is 12 meters wide and it funnels into turn one, which is eight meters wide, so it’s unreal to watch a stream of bikes flooding into turns one and two off the start!

Another unique aspect is the fast turn five sweeper. One of the most difficult parts of turn five is to get the apex right; the bike will some time get a bit nervous and will want to move around, but then you have to make a second apex which is around the back of the corner. If riders can make that as nice as they can, it will position them up very nicely to make an inside move into turn seven – a great passing opportunity!

Another great passing opportunity is turn 11. It’s a corner that you can really attack, so you have to be careful not to overshoot the corner when trying for a pass. Another thing is you have to set up turn 11 to make sure you get turn 12 spot on, as that leads onto the lengthy pit straight.

In terms of the championship, the Swann Insurance Australasian Superbike Championship is boiling up very nicely, with just 11 points the difference between Team Honda Racing’s Jamie Stauffer and Team Motul Honda’s Wayne Maxwell, however Stauffer enters this weekend with a freshly broken ankle sustained at Suzuka.

Robbie Bugden (YRT with YMI) posted the unofficial fastest lap time during Yamaha’s private test of a 1m24.8, while Cru Halliday posted a 1m25.5 on what was a tough day due to wet-drying conditions. The third Yamaha rider, Rick Olson, only completed a handful of laps.

The Supersport class might be a bit quieter this weekend after South Australian rider Daniel Falzon has withdrawn. This has left Aaron Morris to more than likely walk away with the title, but expect some serious fighting from Aiden Wagner (Wagner Soil Testing/YRD). How will Michael Blair go on his Finson Motorsport Yamaha R6? He will be up there, there’s no doubt about that!

Two people to cast an eye out will be the two Victorian brothers in Mason and Aaiden Coote who are running in fifth and sixth place in the ASC championship. Will the home track advantage come into play for them? And good news is that Callum Spriggs has confirmed his return to racing from a broken collarbone.

All in all, a good weekend is set for us, so why not get your backside trackside this weekend as racing will be sure to be red hot once the red lights go out this weekend! 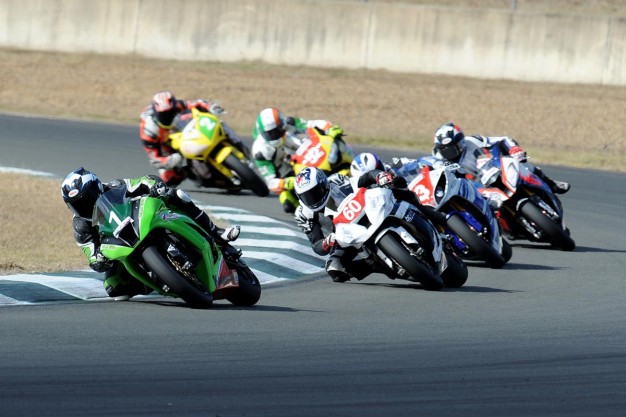