Winton winner speaks about round victory and regaining the ASC lead.

The Swann Insurance Australasian Superbike Championship has seesawed yet again, which now sees 31-year old Wayne Maxwell retaking the championship lead after he stormed his way to a 2-1-2 result and the overall round win at Winton Motor Raceway last weekend. On top of sitting on top in the ASC championship, he also holds onto a 47-point lead in Saturday’s YMF-Loan Australian FX-Superbike championship after finishing second on a countback to Honda stablemate Troy Herfoss. CycleOnline.com.au caught up with the likeable Victorian after the last race on Sunday. 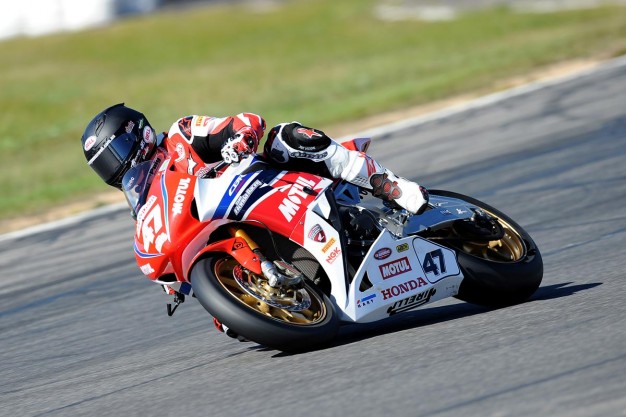 Well done Wayne, not a bad weekend would you say? Two second places, one win, but most importantly you have re-taken the championship lead again in the ASC championship.

Look it was a great weekend! To come away with a race win and two seconds is not an average weekend and to take the overall win today was the most important thing. I would have looked like an idiot if I were to have crashed in that last race then, so I just had to play it smart and I certainly did that. Now that we’re leading championship, hopefully we can continue our form into the final two rounds.

That last race between yourself and Troy was pretty wild! The pair of you sure did have everyone on the edge of seat on those last few laps. In the end Troy pipped you by 0.081 of a second, but it was on for young and old. What it was like from your view from the cockpit?

It wasn’t as wild as it seemed. It’s very difficult to ride these bikes ‘wild’ around a track like this, so I just tried to play safe and sat back during the race. I slowly built it up and made sure everything was good, then went for it. It was good racing with Troy, nice clean and hard. It’s great to have a Honda one, two, three as well!

Last weekend you were riding a completely different bike in Japan at the Suzuka 8-Hour. Was it hard to dial yourself back into riding the Motul Honda CBR1000RR SP compared to the YART Yamaha R1? 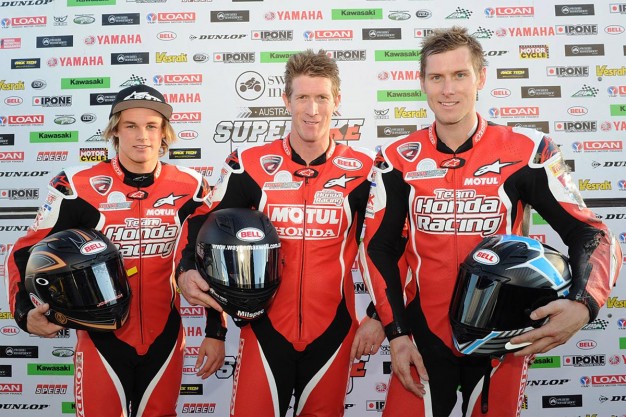 Off to Wakefield Park next in September. At the opening round you finished third overall in the ASC round with a 6-2-1 result. Are you looking forward to going back there?

Yeah at round one we managed to get a nice haul of points. Wakefield Park is not too bad for me. At the opening round I was just finding my feet there on the Honda. Troy will be super strong there, as will Jamie and Josh no doubt, so it won’t be easy that’s for sure.

So far Team Honda Racing has won every single ASC round this year. Jamie [Stauffer] took out round one, you won at Mallala, while Josh won the last round in Queensland. Can you tell us what is the key to Honda’s success so far?

Well the bikes are great and there are four good riders that are pushing one another, which is making us all work harder. Team Honda Racing are working as one and we are all working towards that number goal to be champion. I think when you have that sort of push, it just makes you work harder which equals success. A massive thanks to Waz [Warren Monson], my mechanic who worked so hard to get this far. To have won two rounds so far in 2014 has been great, but the championship is not over yet by any means.

Well, four rounds down, two to go – as you said, the championship is not over yet. There is still a bit to go yet. Thanks for your time and well done on the round victory today!

Yeah there is still a long way to go, but she’ll be right!