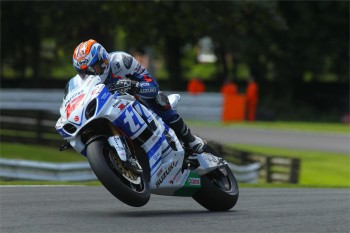 The Australian build-on his ninth place in race two on Sunday with sixth in the third race whilst battling for the final podium position.

“In race one the conditions were a bit iffy and we went with an intermediate front and slick rear, so I was happy to finish where I did, especially with the track drying fast,” Waters explained.

“In race two I got a good start and was amongst the freight train battle for a podium position, so overall I very pleased with the weekend having three top 10 finishes.

“I felt like I rode a lot better and the boys put together a good package on the Tyco Suzuki GSX-R1000 so I’m leaving Oulton satisfied, but there’s more to come.”

With his recent run of form, Waters has now rocketed up to 10th in the standings following seven rounds.