Victorian teen making a name in the Supersport ranks.

The Di Giandomenico surname is both distinctive and familiar within Aussie road racing and is again moving up the rungs of the 600cc ladder with the emerging talents of 18-year-old Justin.

Three years the junior to brother Adrian, Justin has been brought up on bikes, making a natural progression from dirt track competition to tarmac. Competing from a young age, Victorian Di Giandomenico had his first road racing experience in his early teens before a break away from the sport altogether.

But the time spent watching and supporting his older brother on the sidelines re-ignited a spark and it wasn’t long before Justin was racing once more, progressing from an 80cc Metrakit in late 2010 through to his current preference, a 600cc Yamaha R6.

While each race saw him gain valuable experience, the results really began flowing in 2013 where he contested a full season in the then FX-600 ranks, claiming D-grade victory and an impressive fourth overall.

“I didn’t get much practice before the start of the season, only one day, then we were off to the first round at Eastern Creek and I was still a bit off the pace,” reflects Di Giandomenico. “But from there I clicked with the 600 pretty quickly. The results were getting better and I was reasonably fast, and adapting to the bike really well.” 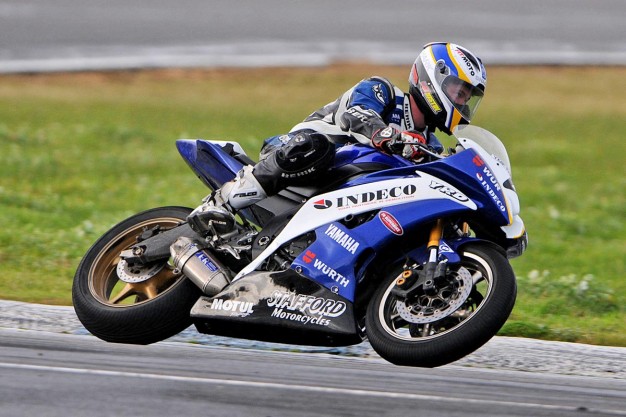 Efforts were stepped up for Justin’s 2014 campaign, with the 18-year-old working hard to fit all pieces of a professional program together.

“My grandpa and Stafford Motorcycles has always been one of my main sponsors, along with Azzona Drainage, and this year we’ve also had Indeco helping us out heaps,” he said. “On top of that, I was concentrating on things like my fitness, and have taken my understanding of the bike to the next level in terms of setup.

“The bike, the R6, is obviously one of the best in the 600s, so there is no sense in moving away from that and the support program that YRD offers.”

For Di Giandomenico, 2014 has yielded a handful of positive results, along with some missed opportunities.

“This year has been sort of weird,” he says. “The pace has been there, but maybe it’s the consistency that hasn’t. “At Wakefield at the start of the year i had a crash when I was running pretty well.

“I’ve had a couple of DNFs here and there, and I think the changes to the tyres have been a bit to adjust to, also with the fact that I’m going faster and pushing harder. You add those two things together and you can figure out the rest.”

Significantly, Di Giandomenico feels each round has produced a level of improvement and identifies Winton, a fourth outright, as his best overall result.

Though the calibre of competition he faces is extremely tough, he recognises the positives that come from measuring his performance against the likes of Aaron Morris, Aiden Wagner and Callum Spriggs. 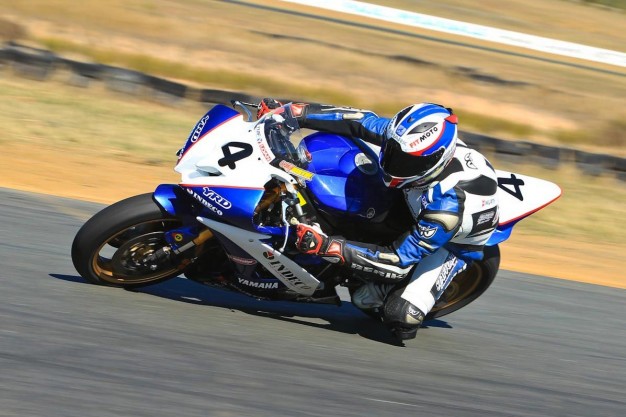 “These guys are just ridiculously fast. I had Callum in front of me last round and I got to learn a bit from him, which was good. But the calibre of the front guys is so high, and even the top 10, as a whole, is super competitive.”

Chasing further top fives to round out the season, Di Giandomenico has a grounded domestic focus for 2015, and says his preference of series will probably rest on the tracks each promoter selects.

“If it goes to the one series, then that’s good. If there’s two then I’d probably stick with Terry [O’Neill], but I’d like to see Phillip Island on that calendar.”

Down the track he has aspirations to compete in the British Superbike Championship, classifying the competition in the Supersport ranks as on par with what would be seen in the world championship.

“I’d love to be riding British Supersport with a good team, but who knows. There’s a lot still to come here. I’m just really enjoying myself, learning more about the bike and going racing in general. Hopefully we can wrap up 2014 on a high and go into the next year with some good momentum and results.”