On and off the track with Ninja Cup title favourite. 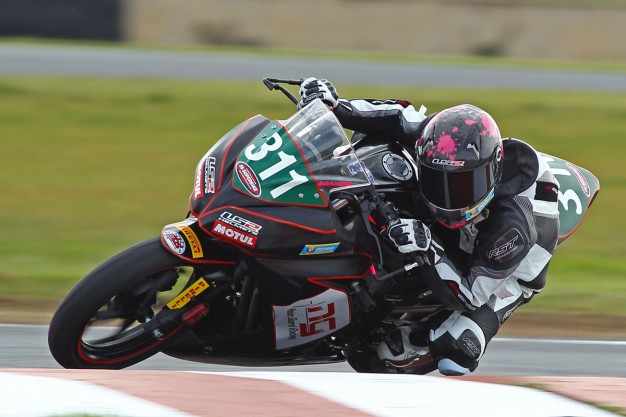 Probably last year, when I won the Australian championship. I finally got one after working a few hard years to get it. It was good that the hard work paid off.

The second race in Malaysia when I rode the Moto3, that was probably the hardest race I’ve ever done. The humidity was ridiculously high; it was midday in Malasyia, so it was as hot as it gets. Sitting on top of a Moto3, which gets pretty warm, really physically drains you. I had a bit of a battle with one of my teammates for the first few laps which was tough. Then I had a couple more big moments where I nearly dropped it in the last few laps, so to finally bring it home was good.

Definitely Sepang. It’s a challenging track; it’s got a lot of high speed stuff and a few really hard braking spots. It’s really wide, and there’s plenty of room on it, so you can go where you want. It’s challenging because it hasn’t got much grip at the best of times, and you’ve got to find your way around it using the surface to your advantage.

I’d love to do so something in the engineering field. At the moment I’m focused on my racing but that would be something I’d like to do.

I can’t really pick anyone really. I don’t really do the rival thing, I just like to beat everyone on track.

Probably Mick Doohan, just for the fact that he was able to come back from such big injuries to the peak of his career.

I have a lucky pair of socks. I don’t know if they do anything [laughs], but they’re just what I’ve always worn.

I work with Stephen Mion at FitMoto, so all of his stuff that he does. And I mainly do Crossfit and pretty high-intensity cardio.

I like cycling, but that sort of works into my bike stuff. I like creating things, making things with my hands, like woodworking or metalworking. I have a couple of remote control cars too so I’m pretty into that.

I don’t have a car at the moment!

A bit of everything, but I mostly listen to punk rock, and some rap.

Favourite thing about racing in Australia?

The level of talent is higher than I’ve seen anywhere. Everybody in the field could win, and we’re all out there pushing the limits every lap. Everything is at high level, the lap times, overtakes, and so on.

Who will win the World Supers?

I’m not sure to be honest!

I broke my arm, and had to get surgery for plates and screws in 2009.

I don’t really fight, so, never.

We had a couple of days in Malaysia before flying home so that counts as a holiday.

Easter Sunday this year, I had a pretty big crash and ended up in hospital for a few hours.

They’re both good – MotoGP at the moment.

Either or – they’re both fine!