First released in 2001, the original GSX-R1000 was a significantly defining motorcycle in history. A couple of years earlier, Yamaha had blown everyone’s minds with the massive power and GP-like handling characteristics of the Yamaha YZF-R1.

Big on power, the R1 was lighter and sharper than any production sportsbike that had come before it. A new age of more powerful, much lighter, more compact superbikes had begun.

The GSX-R1000 was both the answer to the R1 and Suzuki’s replacement for their big sportsbike the GSX-R1100, a machine the R1 annihilated on its release. Suzuki went away for three years and came back bigger on power and lighter in weight than the R1.

But where they made the biggest step forward in superbike performance was in terms of handling, and the Suzuki immediately became the best superbike in every respect. 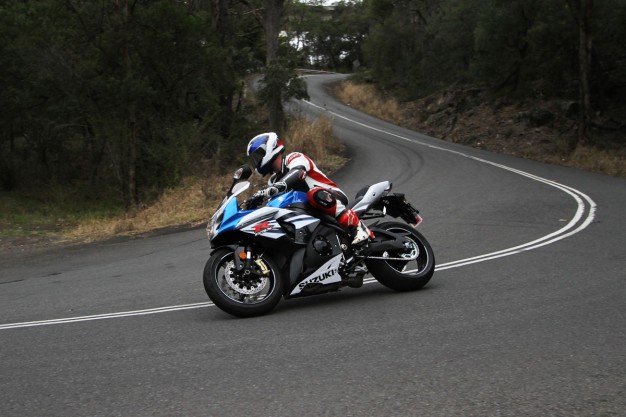 This machine was the complete package and became a favourite both on the road and track as a result. In the early years of the 1000 there was a major model update to the GSX-R every couple of years, with a major change to the engine every four years.

The chassis dimensions, however, have all been based closely on the revamped 2005 model since then: the machine that took Troy Corser to the Superbike World Championship.

As basic as a superbike has become in this technologically innovative market segment, and much like the Fireblade, the GSX-R is a machine that is noted for being exciting and easy to ride in its rawest form – with nothing but your right hand controlling the engine.

Through these model evolutions Suzuki’s building of more powerful engines has gone hand in hand with a constant refinement of the engine’s power delivery. In today’s production superbike world, traction control, ABS and engine mode selectors are becoming commonplace but the GSX-R only runs what are the basics these days: a slipper clutch and engine mode selector. 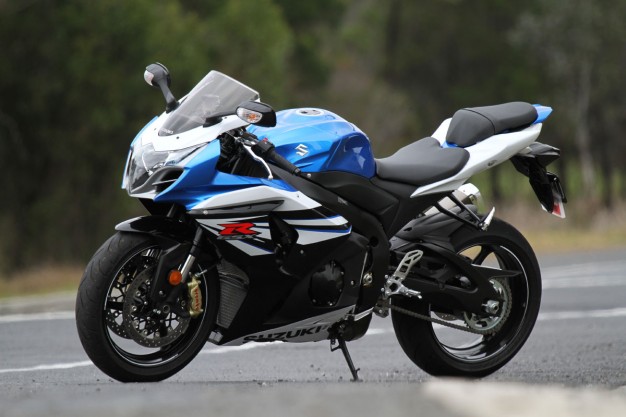 Unlike the Blade, the GSX-R has always been more exciting with a gnarly induction roar and throaty exhaust the result of an engine at the pointy end of the field when it comes to power. With a huge 182hp/136kW it still trails BMW’s S1000RR like everything else does, but the difference won’t matter or be used by most riders and as such most people will be as quick on the road or track.

The GSX-R’s engine is characterised by a strong mid-range that pulls through to a blindingly fast top-end. Like any superbike, there’s not too much fun or progress below 4000rpm in any gear, but beyond this Suzuki has evenly spread every last drop of power and torque through the rev range to redline.

The linearity of the power delivery is something that the dual throttle valve injector body design was heralded for providing the GSX-R on its release in 2001. A big factor in the characteristics of the machine back then, it’s just as vital now yet has been evolved to the point of perfection.

The Suzuki Drive Mode Selector (S-DMS) makes a noticeable change to the way the throttle works the engine. There’s an A, B and C mode that range from raw, softer initial delivery, and reduced power and softer delivery. 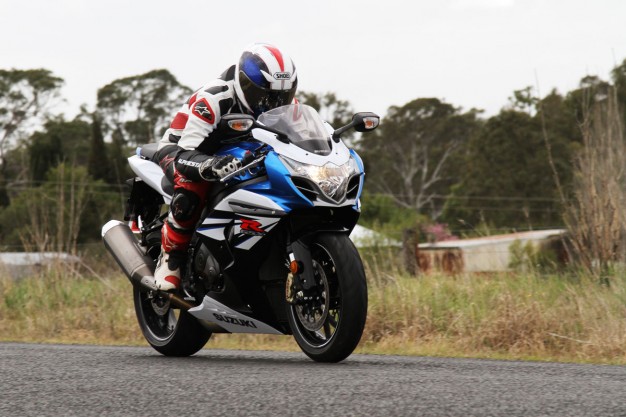 So track, road and rain if you like. You wont need to drop it out of A mode on the road, such is the excellent nature of the power delivery, but B mode will give some riders peace of mind at the thought of 182hp/136kW being reined back a bit!

On the road the chassis is faultless. It is stable and complaint on even the crappiest of Australian backroads, but always nimble and sharp to remind you that it was meant to be ridden on the racetrack.

Suspension is the latest generation of Showa Big Piston Fork (BPF), a big improvement from the previous set-up. At the rear is a fully adjustable Showa shock and is big on the scope of adjustment it offers.

The Brembo Monoblocs are a base standard amongst superbikes now. With superb power and great feel at the control, there’s nothing more you could ask for in this braking package except for ABS that other manufacturers have started to roll out. 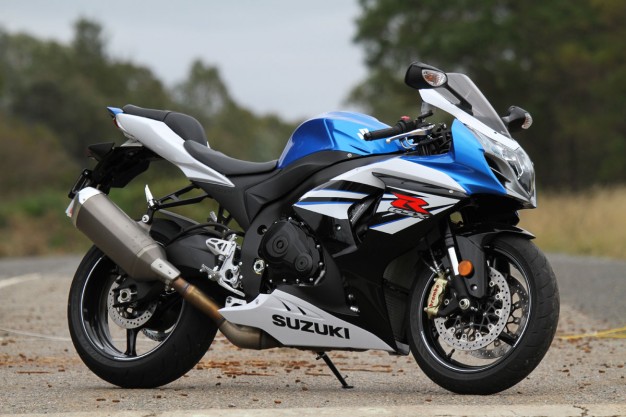 The riding position is on the sporty side for a superbike, but you get a fair bit of room to move in the longer seat and there’s some scope for change with the three-way adjustable footpeg brackets.

While not the most technologically innovative machine in its class these days, the GSX-R still is a main contender in the superbike class. Drawing on the essence of the original K1 GSX-R – stonking power and excellent handling – the latest incarnation of GSX-R100 is all that and some.

And with the day and age of traction control almost upon everything, maybe the last real superbike!