Jack Miller is enjoying his best year in the world championship to date and reaches his home grand prix in second place in the overall standings, with a chance of winning the Moto3 title. With four wins, three further podiums and seven pole positions to his credit, the Red Bull KTM Ajo rider hopes to give a good result to his home crowd, at a round he has been waiting for since the beginning of the year. Miller claims not to feel pressure at the Australian track at such an important time of the season, but he is eager to enjoy one of his favourite tracks. 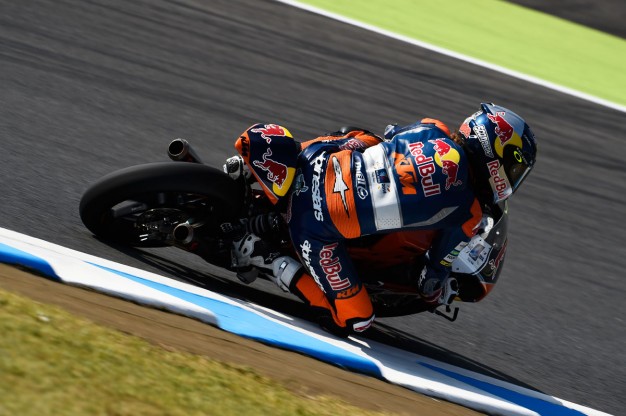 After the last two races, how do you arrive at your home race at Phillip Island?

It’s true that in the last two races the results were not as we’d hoped. At Aragon it was because we crashed after an incident and in Japan because a mistake on the last lap stopped us from getting the win, although I have to say that the work prior to Sunday has always been excellent. Since Aragon we’ve changed our strategy a little for the practices, and the truth is that this has worked out very well for us. I’ve always been well prepared for the race and felt very comfortable with the KTM, which is working very well.

What is your first memory of Phillip Island?

It was as a spectator in 2009 and I went there with my teammate in the Australian championship, who during those years participated as a wildcard. It was the first time I had been to a world championship race. Since that year I have always been in attendance, apart from in 2010. I have all kinds of memories of Phillip Island.

What do you remember that first time?

Definitely being able to sit on Valentino [Rossi]’s MotoGP bike. It was after the race and back then it was a dream for me. It was very nice, and I have great memories of that.

As a rider what was your first race there?

It was also in 2009, when I ran in the Australian national championship.

What was your result?

You don’t want to know. It was really bad. I didn’t crash, but I was very, very slow. It was the first time I had ridden at such a long circuit, I did not know what to do and I got lost on the track.

Were you the last to cross the finish line?

And after that first experience, how many times have you raced there?

Not many. Three races in the world championship; one in 125 and two in Moto3, plus one in the Australian national series.

What has been your best result there?

Last year in Moto3, when I finished fifth. I’m happy about that result. Also I started from the third row, so it was one of my best grands prix of last year.

Many riders say this is a unique circuit on the calendar. How would you describe this track?

It is a very special circuit and I don’t just mean because it is a home round either. It’s a very fast track, very open, where you have to give everything, be bold and not be afraid – to put it a nice way [laughs.] You also need to use good braking in a couple of places.

What part of the circuit do you like most? What is your favourite corner?

It’s hard to choose. It’s either turn one or turn three, but I think turn three, because you’re at full gas and if you push without fear can put your elbows inside. 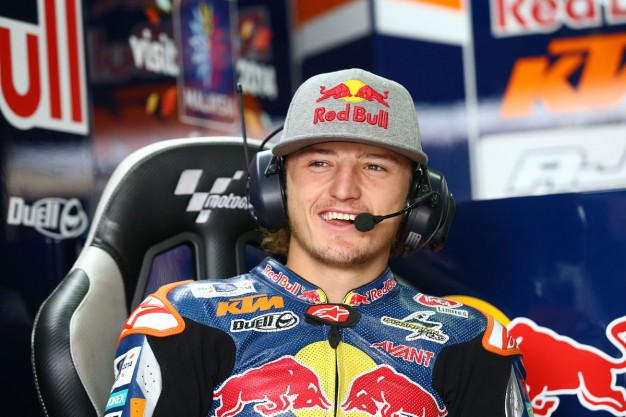 What is the most difficult part?

For me, the hardest part of Phillip Island is definitely Lukey Heights, turn nine. It is key to take a good line to set you up for the MG corner well.

Would you say that it is a track where overtaking is easy?

Not particularly. I would say that it is not easy to gain positions, only on the brakes at some points, but instead it is very easy to lose many places. You have to be very careful.

We have had some very tight races in Moto3, with the results decided late. Where can victory be decided?

It’s hard to say. MG corner could be a good spot, but if there is a large group it could be decided on the home straight with a slipstream.

How do you imagine the race in Phillip Island?

It’s too early to tell, because the weather could also play an important role, but if everything goes in a normal way, I think we will have another large leading group.

Do you feel more pressure riding at home?

Not at all. It’s the same as at every grand prix or maybe even a little less, but we’ll see.

The goal for this weekend?

I am fortunate that the next two races are my two favourite tracks [at] Phillip Island and Sepang. So I have to use this to my advantage. I’ll be back in Australia after many months away and I can’t wait. I want to thank all my fans for their support with a good result. We have to go for victory in the three remaining races.