Last Sunday the Moto3 World Championship title dream came to an end for Jack Miller, who fought right to the final metre. His race victory in Valencia was not enough to take a title that eluded him by just two points. However, the Australian has had a dream year, finishing world championship runner-up and closing 2014 as the rider with the most wins (6) and pole positions (8) in the lower cylinder class. This excellent year with the Red Bull KTM Ajo team has allowed the Australian to move directly to MotoGP next season. 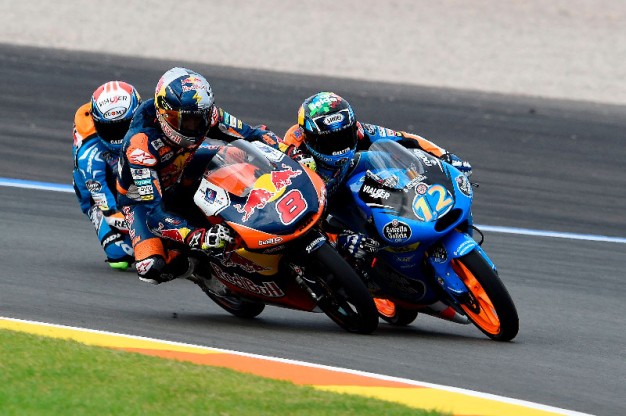 Amazing. It’s been a great year with great moments and a few bad ones too, but I learnt a lot with Red Bull KTM Ajo and I cannot thank them enough for the amazing job they have done for me and my career. Without them, this experience and what is coming up next year would not have been possible. Many thanks to everyone.

What rating would you give this season, from 1 to 10?

When you started working with this team a year ago, did you expect to have a year like this?

Obviously it was what I wanted, but wanting something and getting it are two different things, so I’m very happy with the season and with the respect and support of all the crew this year.

Of the 18 races, which one was your favourite?

The last one, in Valencia. It was nice to have the title at stake at the last race and to have such a good end to the season. We had a great weekend and in the race I left everything out on the track. We won the race and I did everything that was within my control, so I cannot ask for more.

And which was the worst?

Assen. I made a big mistake there. We got great results in practice and we had a very good pace to try to escape in the race.

What was missing for you to be world champion?

Definitely the points we lost in the Netherlands, because we could have scored big there, and the incident in Aragon also had an effect. Nothing more than that. We scored more victories and pole positions than anyone else, so we have to be proud of that. 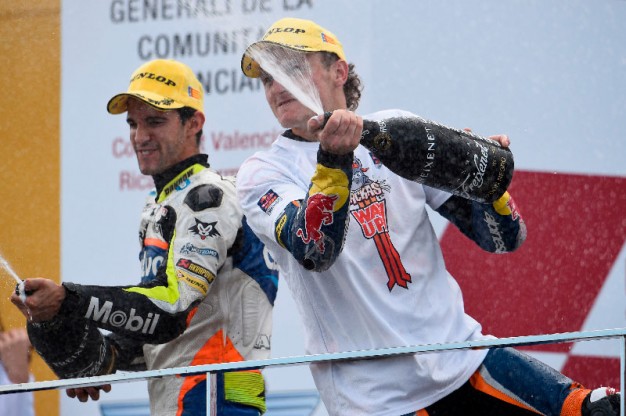 Were you surprised that there were so many riders fighting for wins this year?

Not at all. Moto3 is a special category and you know that at the front there will be a large group of riders. But this year it was a very special championship.

There were many very fast riders and many mistakes made by all of them. Very different results made everything more difficult.

Finally, in the last few races of the season the title fight has been between only two riders. Did you expect others to be involved?

No. The level has risen a lot this year; I noticed a significant change from past years. At almost every circuit the lap record has fallen.

This past year, it seems that your life has changed a lot in different ways. Is that correct?

What has been the role of Aki Ajo this year?

Aki plays an important role in my career. Now he’s my personal manager and my team manager at Red Bull KTM Ajo. Without him, my crew chief Patrick [Unger] and the rest of the team, we wouldn’t be where we are. I have learned a lot from him and I don’t know how I could repay him.

And from now, what should we expect from Jack Miller?

A big step up – or two at once – in my career and the achievement of one of my dreams: To be a MotoGP rider. I can’t give enough thanks to Red Bull KTM Ajo, to the partners and all those who have made it happen.