With his third place in the lightweight class race at Valencia, Alex Marquez has confirmed the 2014 Moto3 World title at the end of his third year in grand prix racing.

Before coming into the world championship Marquez had honed his skills in his native Spain, racing in the Team Competition Monlau 125cc in the FIM CEV Repsol. The year was 2010, Marquez was already riding under the tuition of a certain Emilio Alzamora and his brother Marc Marquez was en route to winning the 125cc World Championship.

At the beginning of that year Alex could not compete in the first race of the Spanish championship as he was still five days away from reaching the minimum age of 14 required to compete. However in the second race of the season, held at the Circuito de Albacete, Marquez debuted with an 11th place and ended the year ranked 11th in the standings with 24 points. 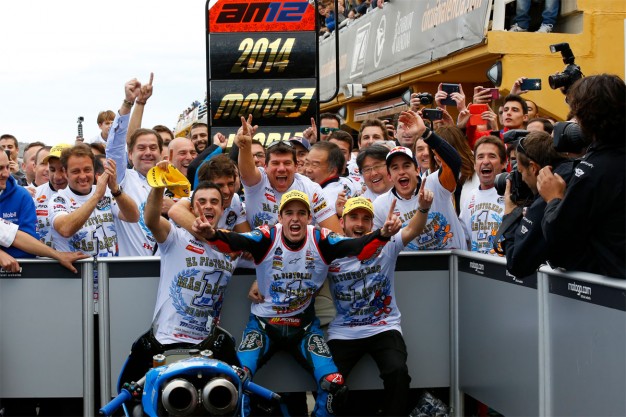 In 2011 his progress was significant and he finished the season as the runner-up, before winning the FIM CEV Repsol Moto3™ title in 2012. Meanwhile he had started to make regular appearances in Grand Prix, debuting with a 12th place finish at Jerez in 2012, finishing sixth in just his third GP at Barcelona-Catalunya and notching up 11 World Championship rides in total that year.

In 2013 Marquez undertook his first full season in the world championship riding a KTM for the Estrella Galicia 0,0 team under the watchful eye of Alzamora and in the second half of the season the podium results started to come.

A second place at Indy, three consecutive third places at Silverstone, Misano and Aragon and his first victory in Motegi (Japan) in the penultimate race of the year made Marquez the Moto3 Rookie of the Year. 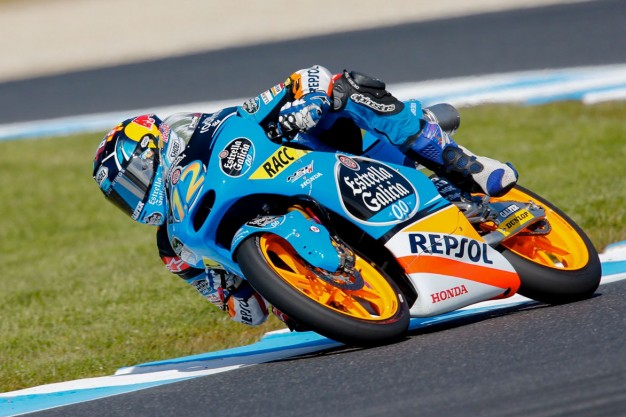 Marquez therefore began the 2014 season as a potential title candidate but there were challenges to overcome with the likes of his teammate Alex Rins, Australian rider Jack Miller and Italian hotshot Romani Fenati also in the hunt for victories. Marquez also had a new machine to adapt to as his team made the switch from KTM to Honda.

After an intense preseason, the new Honda machine lined up on the grid for Qatar ready for battle and Marquez registered his first podium of the season there – in second place. Nine more podiums would follow and Marquez would win three races as he charged to the title, with a particularly strong second half of the season.

The title was confirmed with third place in Valencia and the Marquez family had a new World Champion to celebrate. As Alex Marquez moves up to Moto2™ in 2015 he hopes to continue his progress and one day challenge his brother Marc in MotoGP.